I decided mid way through the year that I wasn't going to do a best meal or best dish list this year because there were already way too many great ones in the mix.  From the delicious and fun visiting chef Pop Up Series hosted by chef Michael Schwartz at Harry's Pizzeria, to the great monthly themed dinners hosted by chef Aaron Brooks at Edge Steak & Bar, to some wonderful wine and champagne dinners along the way and of course, the "underground and experimental" dinners we throw with some creative and talented chefs over at Cobaya Miami.

But some of these meals were truly exceptional and memorable.  And I wanted to go back and give them the credit they deserve.

I must admit that ranking these meals was a difficult process as all were truly outstanding.  As with my normal "tiers", these rankings take all facets of the meal into consideration.  While food is the primary component, phenomenal wine or simply a great time will bolster ones rating.

I intended on limiting the list to my Top Twelve for 2012 but it was impossible to cut down to 12.  Thus, I went with my top Fifteen plus a tie.

WHAT A NIGHT!!!! Coming in at number fourteen was an outstanding evening that I was immensely proud to be a part of.  The Hurricane Sandy Dinner was spearheaded by superstar chef, Andrew Carmellini and sparked by a tweet from my friend David at Food For Thought Miami.  Thank you Mr. Twitter!  In a nutshell, chef Carmellini's restaurants in NYC were impacted by the super storm forcing the postponement of his popular Trufflepalooza dinner. Truffles were on the loose and David generously offered to save them in his belly suggested he ship them down to Miami and do the dinner at his Miami restaurant, The Dutch.  Unfortunately, those truffles were already accounted for but Andrew had another idea.  He suggested doing a charity dinner in Miami similar to the one he did in NYC with Seamus Mullen, George Mendes, Marco Canora.

My Cobaya boys and I quickly assembled a team of talented Cobaya all-stars to join in the fun.

In all seriousness, the event was organized via a few emails and conference calls in a matter of days. And as expected, the loyal guinea pigs of Cobaya Miami came through and sold the event out quickly, even at the elevated price tag.  Thank you!

What was even more impressive was the quick response we received from the local chefs. They not only donated their time that night but everything that went into their dish.  Several also donated auction items.

The amazing generosity of each and every chef that participated is goose bump inducing. I've learned that chefs are great people with big hearts.  It should be noted that the staff at The Dutch all donated their time as well.

My goal for 2013 is to frequent each and every restaurant that participated more often. And I encourage you to do the same.  They deserve it.  Same for the local businesses that donated to the auction.

For the record, we were able to raise approximately $17,000.00 between ticket sales and the auctions.  All proceeds were disbursed via NYC Food Flood. 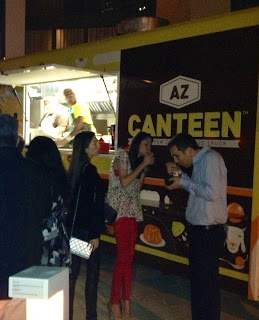 Upon arrival at the W Hotel guests were treated to a couple of great dishes from Andrew Zimmern's awesome new food truck, AZ Canteen.  Hard to find a better lead off hitter than AZ! 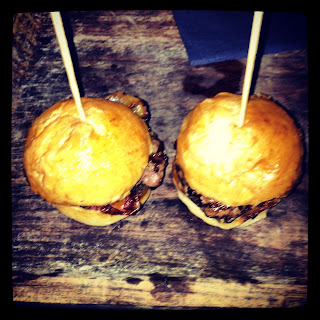 Pictured above is my current favorite food truck dish, the Cabrito Burger.  Here, AZ and prepared slider versions of his popular and delicious goat burger.  He also served a tasty seafood and andouille gumbo. 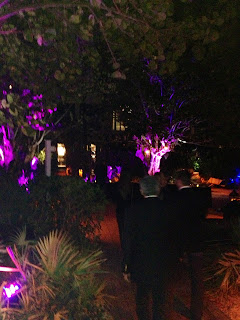 Guests were then escorted to the enchanting garden that sits just outside The Dutch.  There we found the awesome cocktail creations of The Broken Shaker and Rob Ferrera from The Dutch. 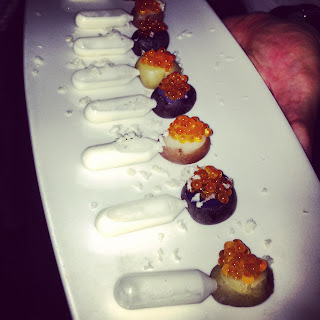 While enjoying my smoked old fashioned, chef Aaron Brooks and his team from Edge Steak & Bar unleashed an assortment of unreal canapés. Pictured above is a baby potato topped with trout caviar and impaled by a tube of buttermilk and horseradish cream. 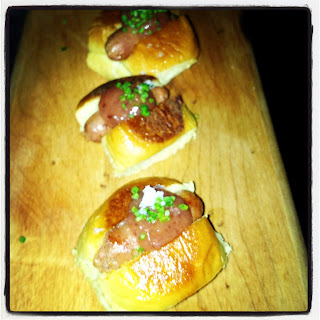 One of my favorite bites of the night was chef Brook's foie gras hot dog with plum chutney and a sweet bun. 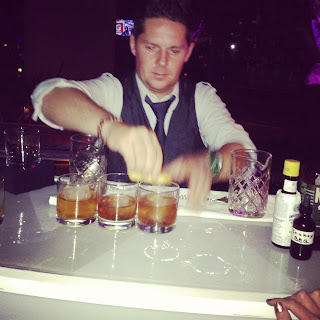 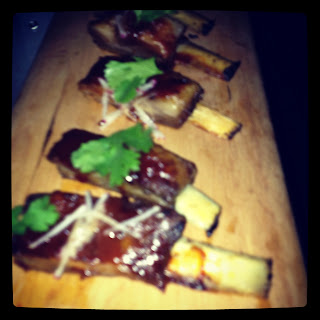 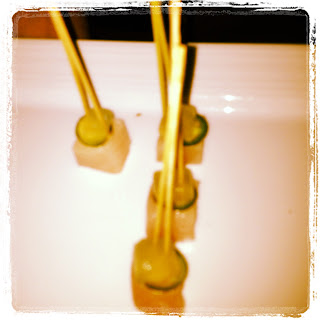 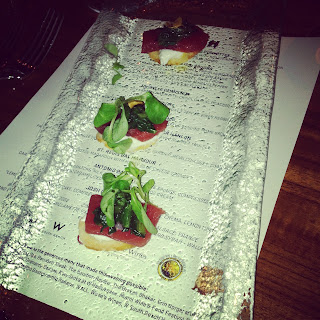 Once the cocktail hour ended, Michelle Bernstein served a fresh tuna crudo served over burrata cheese and topped with fennel, mache and a soy-lemon vinaigrette. 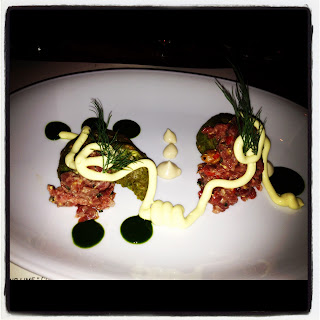 Up next was rising star Brad Kilgore who served a very nice "lamb tartare profiterole" paired with a creamy almond anglaise. 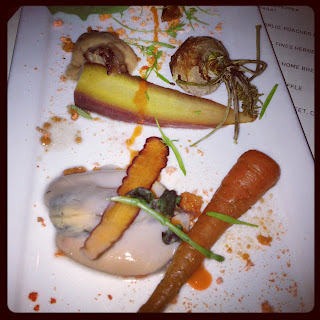 The king of Cobaya,  Jeremiah Bullfrog served a creative dish comprised of poached and smoked mussels along with various carrots.  Michael Schwartz was in the house and poured his great new MGFD Home Brew. 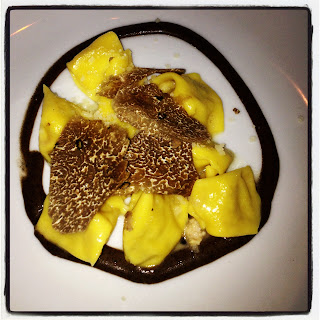 Chef Carmellini and chef Hanlon used their home field advantage to deliver the knockout dish of the night.  Their melt in your mouth agnolotti was filled with a delicious white bolognese and black truffle. It was topped with additional shaved black truffles. 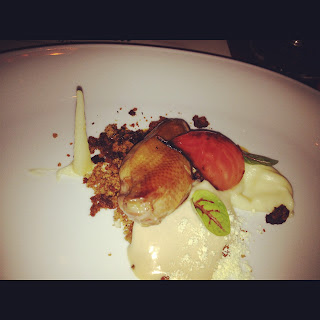 The J & G Grill boys served up a nice pan seared squab with foie gras.  It was paired with a parsnip puree and cinnamon jus. 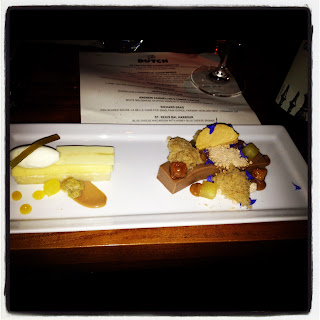 Posted by The Chowfather at 2:17 PM