The first College Football Playoff  starts this week and the NFL Playoffs start this weekend.  Thus, it is officially Pizza Season.

The quality of pizza in South Florida continues to improve.  I've enjoyed some great pizza recently and happy to report that there are three new additions to my Top Ten.

The following ten are all highly recommended.  These are the best of the best.


***Pizzeria Oceano is no longer serving pizza. Yes, you read that correctly.  However, they have opened a takeout spot in Delray Beach called Swell Pizza.****

The calzone is even better.  Don't skip it. 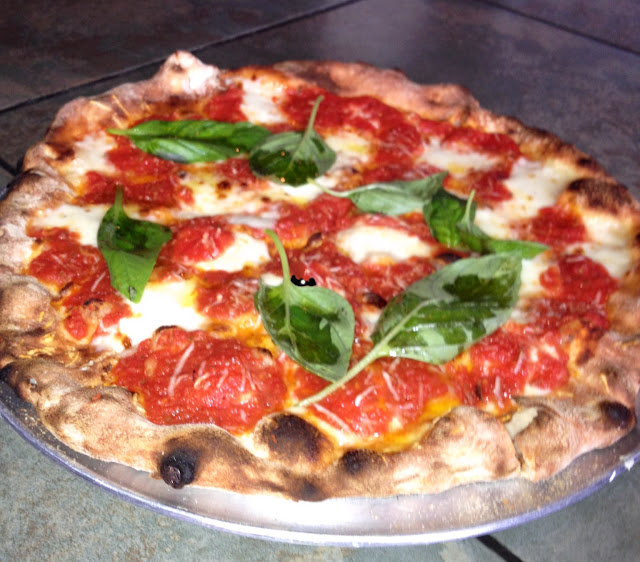 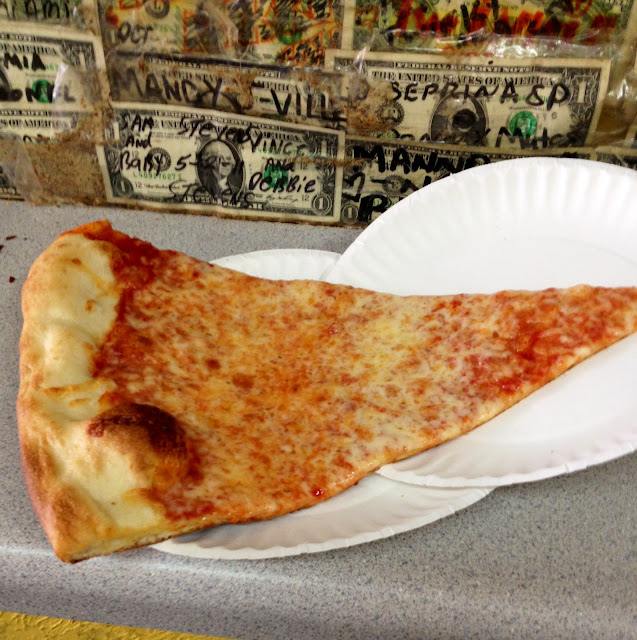 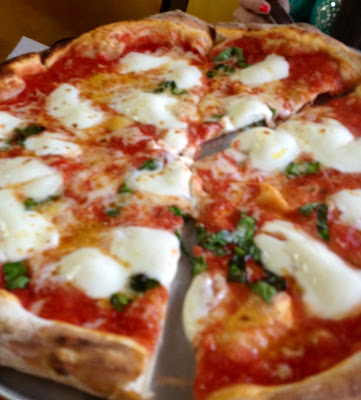 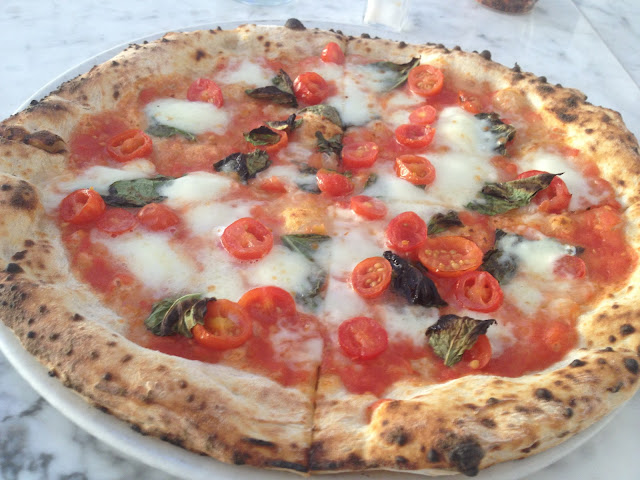 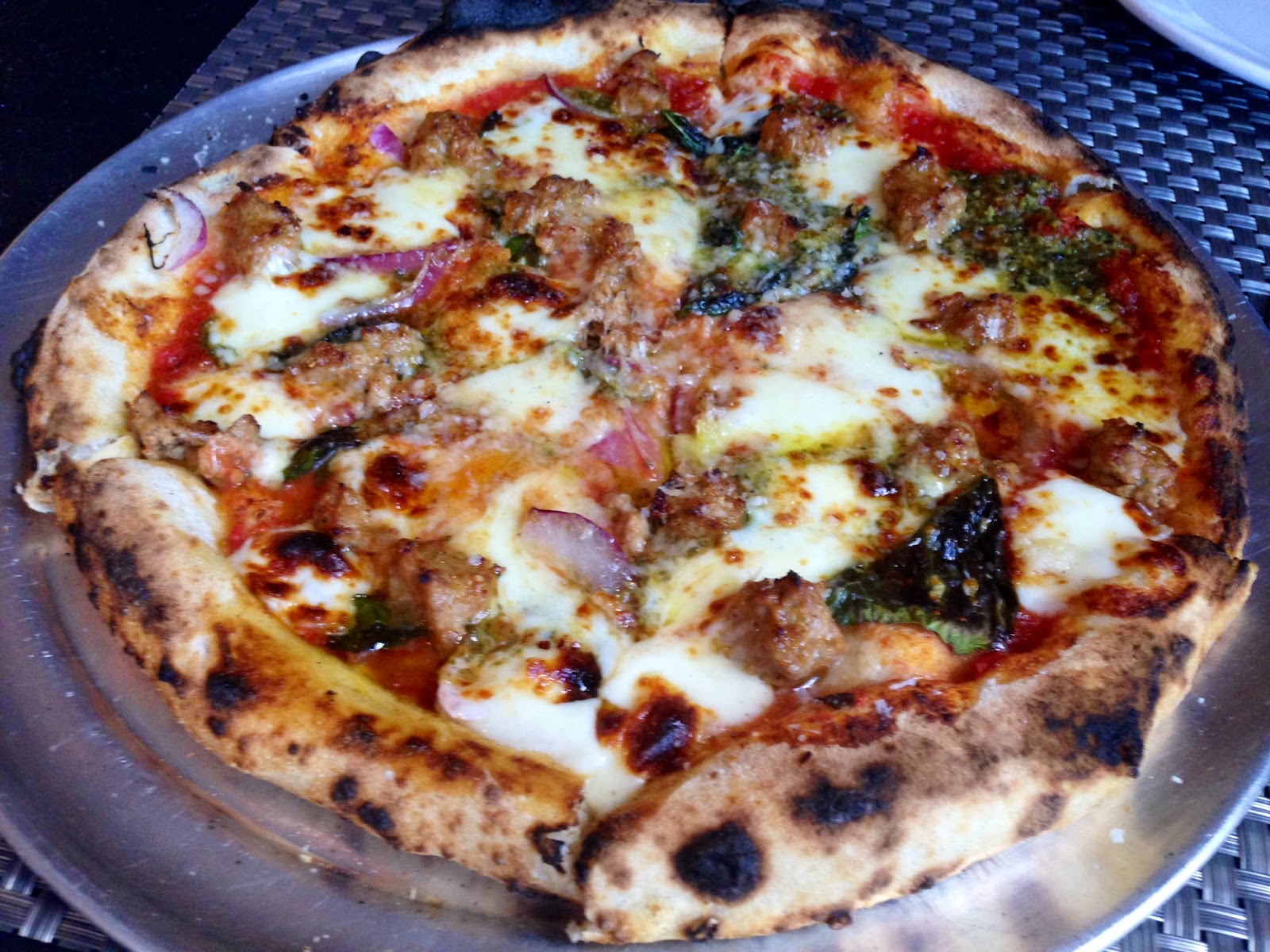 Posted by The Chowfather at 10:04 PM No comments:

Cobaya experiment number 46 was conducted by chef Diego Oka. Diego is the talented executive chef at the Mandarin Oriental's La Mar by Gastón Acurio. Gastón is Peru's most famous chef and his first restaurant Astrid & Gastón is currently ranked 18th by The World's 50 Best Restaurants. He currently owns 44 restaurants in 12 countries with 3 in the United States. But this night wasn't about Gastón Acurio. It was all about his star Protégé, Diego Oka. 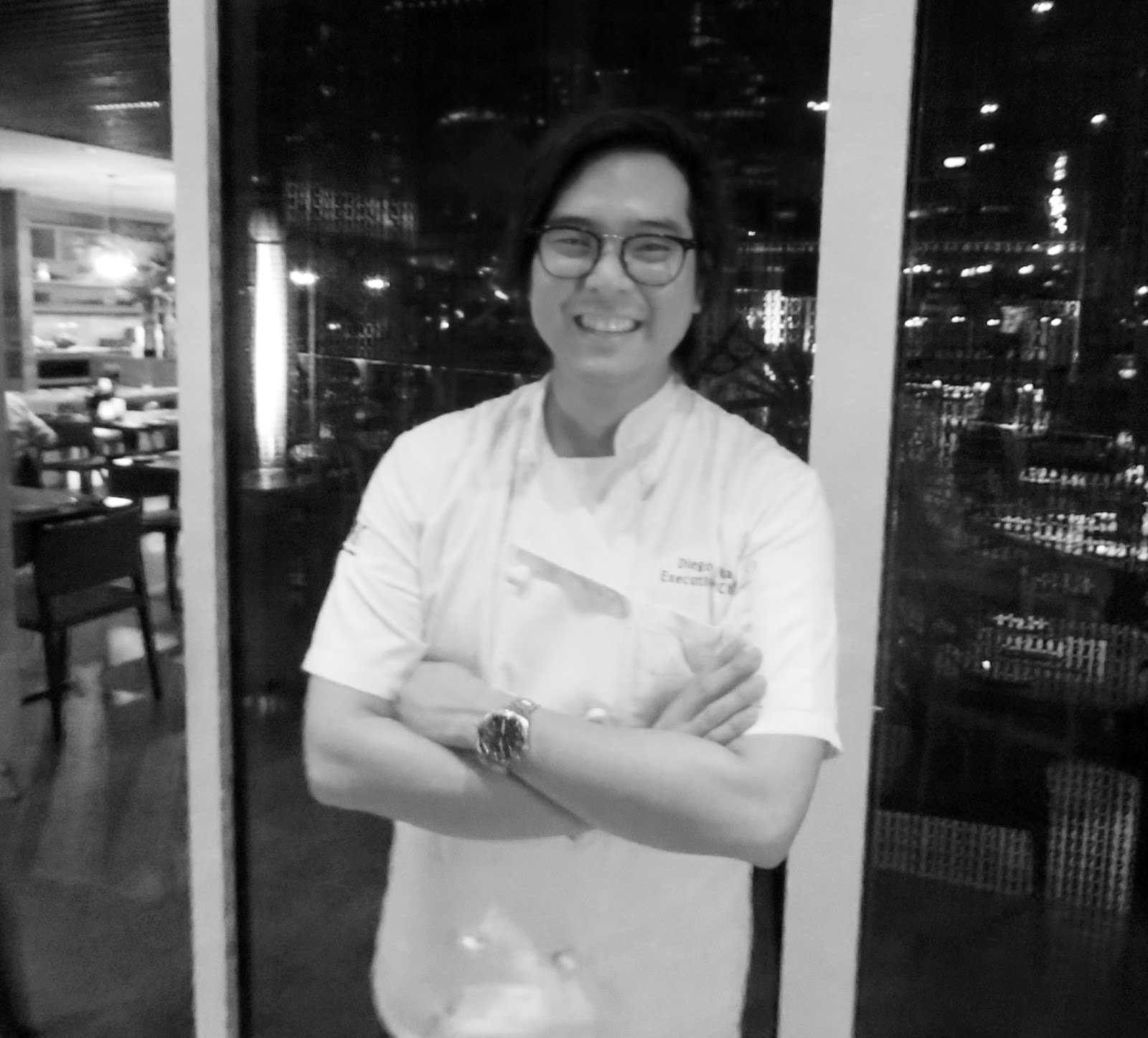 Diego was born and raised in Lima, Peru and has a Japanese-Peruvian background. While attending college, Diego interned at Astrid & Gastón. At 21, Gastón hired him as head chef at another restaurant in Peru. Diego went on to become the opening executive chef at La Mar's in Lima, Bogota and San Francisco. It should be noted that Diego was not involved in the now closed La Mar in NYC.

Diego's seven course menu showcased his Peruvian and Japanese background along with his experience with seafood. His dishes combined interesting flavors and textures that were paired with some of my favorite foods. Uni, scallops, salmon roe, lobster, sweetbreads, jumbo shrimp and soft shell crabs all played a role.

Big thanks to Diego for stepping into the Cobaya Kitchen again after participating in the fun Cobayapalooza. Thanks to the staff at La Mar and to all the guinea pigs for your continued interest and support. 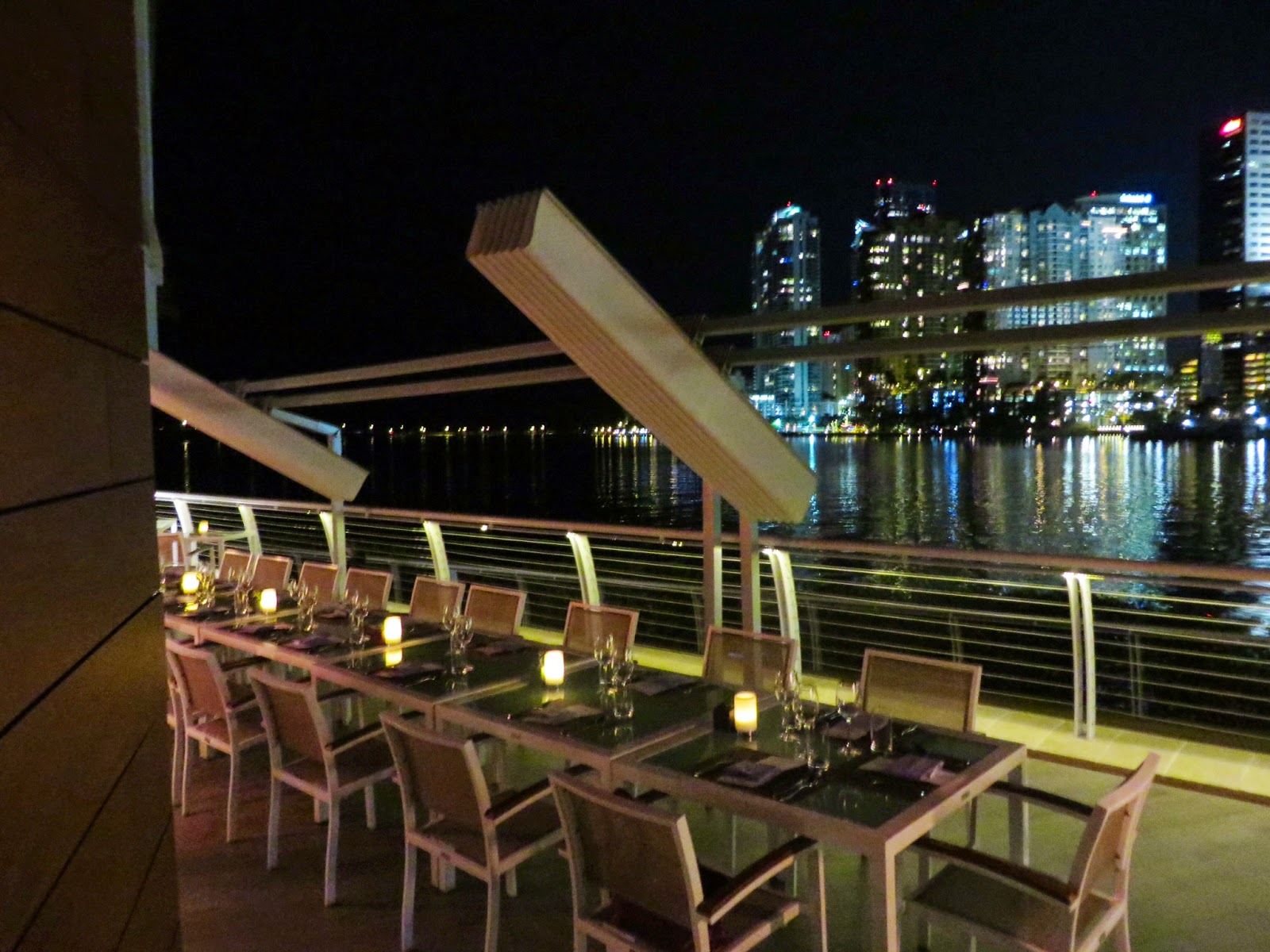 It was a beautiful night and a perfect setting overlooking the Biscayne Bay and Miami skyline.

Uni and scallop tiradito with creamy leche de tigre with rococo and topped with salmon roe.

Smoked sweetbreads, smoked potato puree, egg and chimichurri. This was probably my favorite dish of the night.  The execution was perfect and the pairing worked well.

Cebiche a la piedra with lobster and yucca.  I enjoyed the hot cebiche paired with a nice piece of lobster.

An eight pound whole fish nikei w soft shell crabs, bok choy and a Peruvian-Japanese spicy sauce. This was an impressive sight and a seafood delight.

Peruvian Chocolate Mousse, quinoa and lucuma.  It should be noted that it was presented in a pyramid. Yes a pyramid of desserts.

Proof Pizza & Pasta is not only the best new restaurant in town, it's one of the best restaurants in town.

Yes, I love pizza and yes I love fresh house-made pasta but that's not what got me excited about Proof. The talent in the kitchen did. This is a chef driven spot manned by two young and talented chefs who have spent their careers in high end establishments learning from national and local heavyweights. Andrew Carmellini, Michael Mina, Gabe Fenton, Conor Hanlon.

I've enjoyed several great dishes from executive chef Justin Flit during his days as executive sous chef at Bourbon Steak. Chef de cuisine Matt DePante was in the kitchen for several great meals I enjoyed while dining at The Dutch. Justin and Matt met at The French Culinary Institute in New York City. After working in the kitchens of DBGB and Gramercy Tavern, they returned home to Miami to continue their training.

Bourbon Steak and The Dutch are two of the best restaurants in town and two of my favorite spots. Gabe Fenton and Conor Hanlon are two of the best chefs in town and also two of my favorites. They run great kitchens and make sure their staff excel. Both are very deserving of James Beard nominations. Obviously, I was excited when I heard about the collaboration of their past protégés and the concept.

Justin and Matt's pizza is modeled after the Neapolitan style. They are using the highest quality Caputo 00 flour, sourdough starter and “proof” their dough for 18 hours. Each pizza is made to order and is cooked in their 900 degree wood burning oven. Oak and cherry wood are typically used in the oven. Their fresh pasta program also focuses on using Caputo 00 flour from Italy, fresh farm eggs and other quality sourced ingredients.

In a nutshell, they have delivered an all around winner. It's a neighborhood spot free of pretense. The vibe is casual, service is proper and friendly, the beer and wine program was thoughtfully curated, prices are reasonable and most importantly the food tastes great.

Save room for pastry chef, Malcolm Prude's delicious desserts.  He is a Bourbon Steak veteran as well and owner of Xavier's Macarons.

They have successfully created a place that you will want to visit often.

Go for the pizza but stay for the pasta. And the apps and specials too.  The menu is littered with non pizza gems.

Angel hair with crab, calabrian chili and lemon breadcrumbs.  This is a must get dish.  Great pasta paired with great flavors and textures. 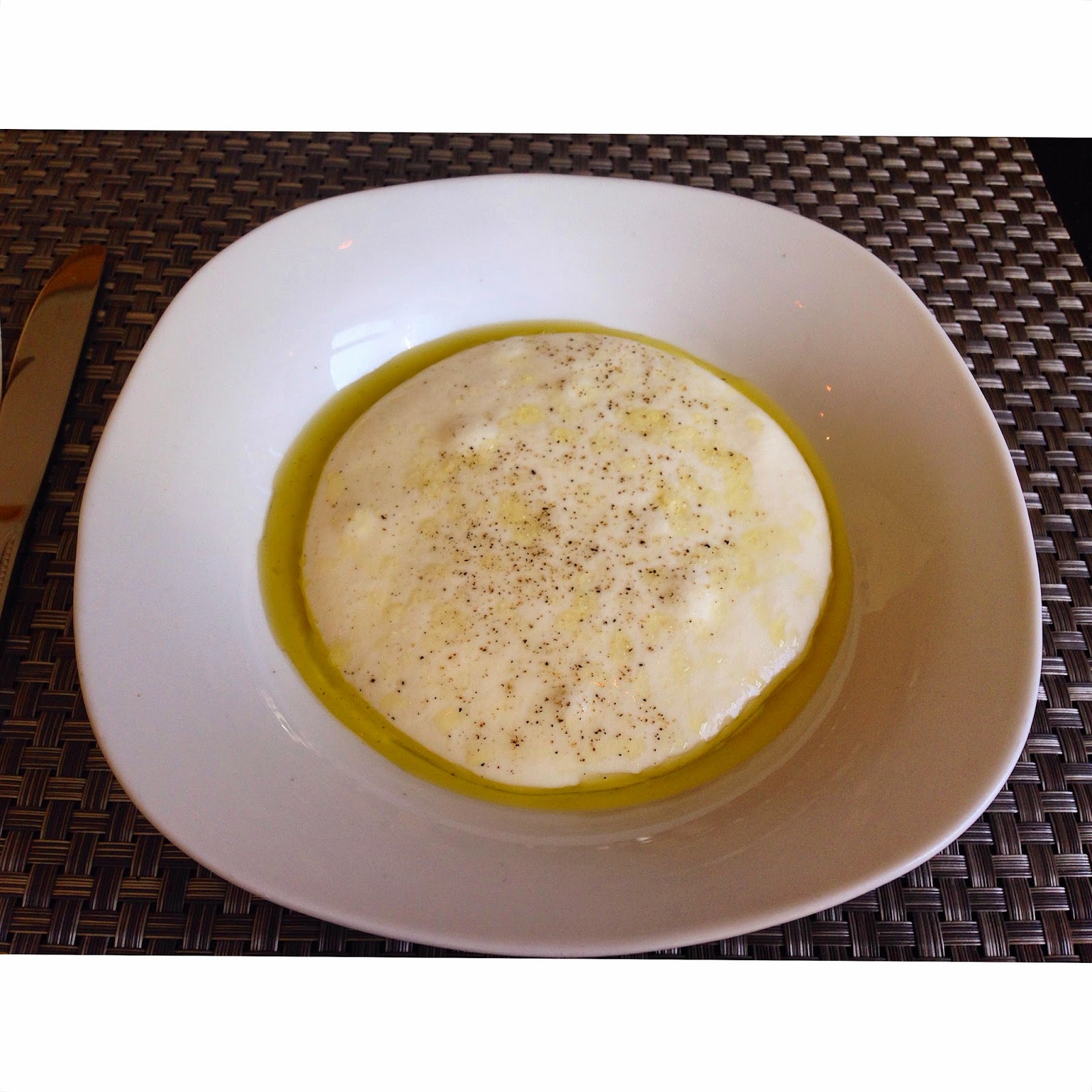 An eggless strozzapreti with Bolognese and whipped ricotta. 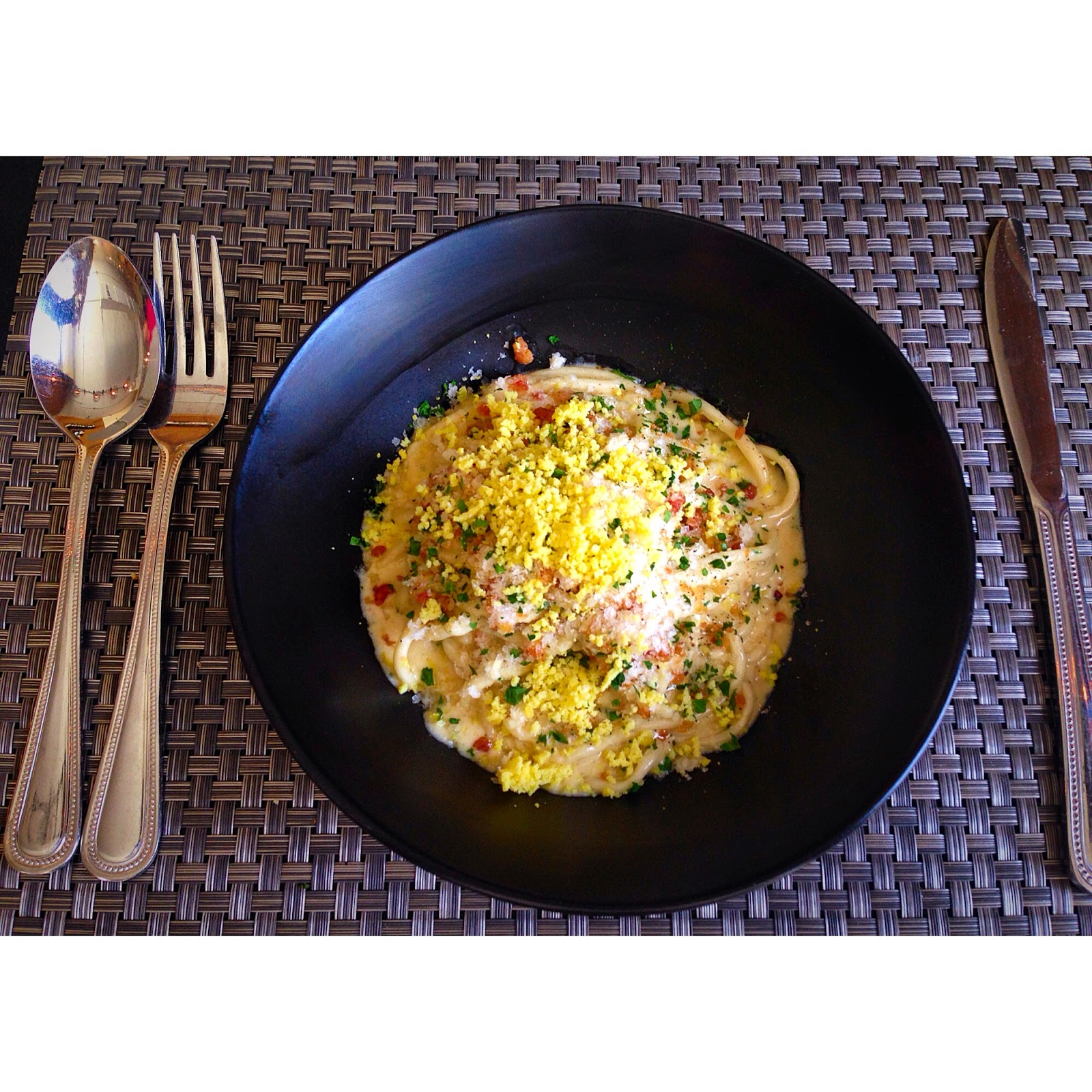 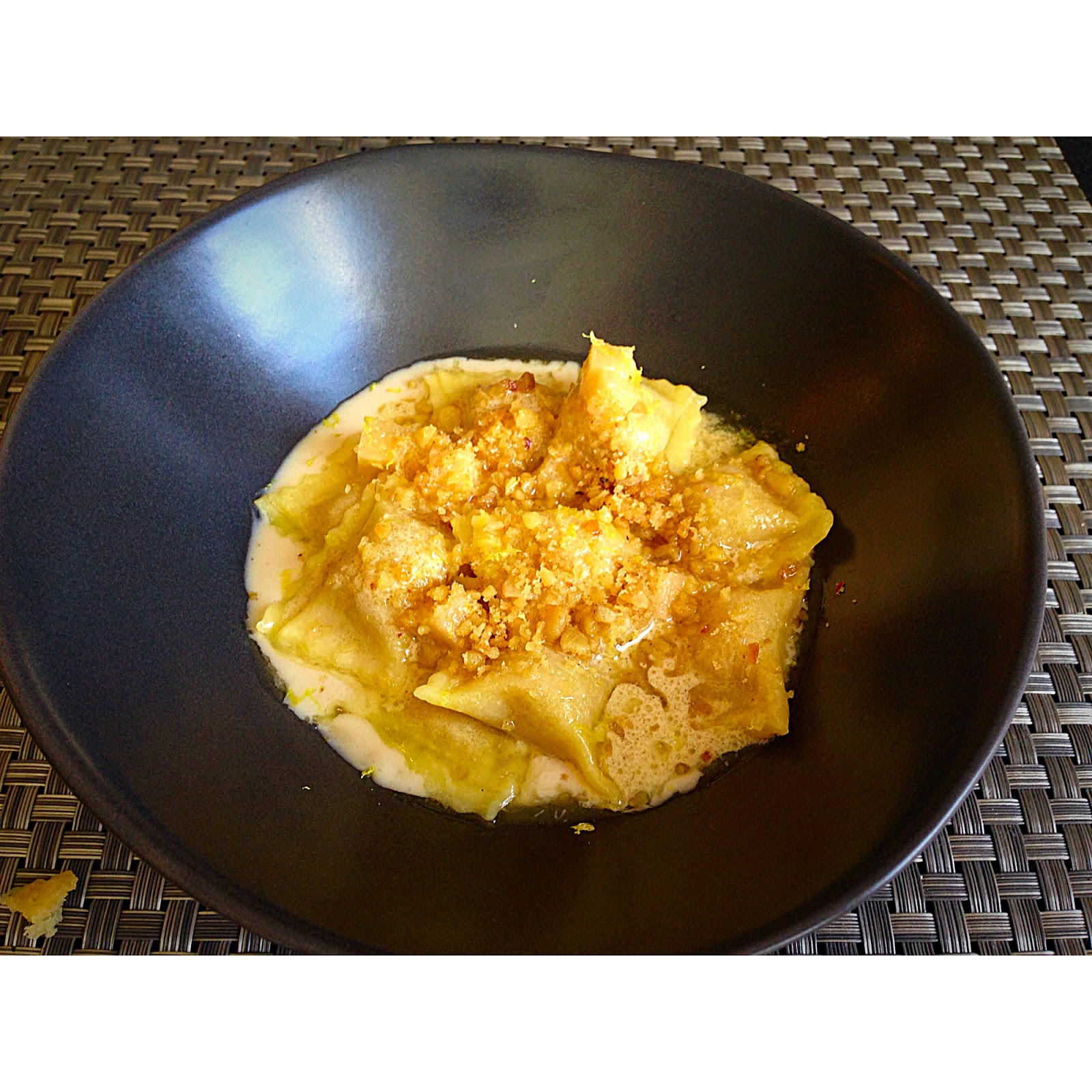 
They currently do not accept reservations. If you have a party of 6 or larger please call ahead so they can accommodate your party to the best of their ability.

Parking
Self park pay lot available across the street from Proof directly on NE 34 th street.
Posted by The Chowfather at 4:54 PM No comments:

Azul is one of the best restaurants in town.  I recently enjoyed a great tasting menu from chef William Crandall and I suspect that these dinners will be great too.

Posted by The Chowfather at 8:29 AM No comments:

The Best Restaurants in Miami 2014 2014 is coming to a close so I wanted to take the time to reflect back on all of the wonderful meals I enjoyed this year and formulate a solid Best of Miami list.  The goal of my list is to give proper and deserved credit to the chefs and restaurants that are doing things the right way and exceeding expectations.

Unfortunately, three of my favorite chefs are casualties from my last ranking.   Michelle Bernstein and her beloved Michy's "temporarily" closed over the summer and has yet to re-open.  Rising superstar, Bradley Kilgore recently departed from J&G Grill so they will have to work their way back into the rankings despite the continued presence of pastry czar, Antonio Bachour. And my favorite Nemesis, Micah Edelstein is sadly closing too.

Anyway, I wanted to update my Best Restaurants in Miami list now because several new spots have recently opened and more are opening soon. The new spots all have strong reputations and obvious potential.  Thus, I anticipate that they will make this list even tougher to earn a spot on and calculating my rankings even harder than it already is.


Not considered because I haven't been but may be worthy of a spot - Zuma, The Setai, Palme d'or. Lure.

Posted by The Chowfather at 12:18 AM No comments:

Pizza fans of Miami, I have a great new spot for you to visit.  Ironside Pizza opened quietly a couple of months ago at the Miami Ironside campus located in the Little River District. That's a few blocks west of Biscayne Blvd. just south of 79th Street.

Ironside is owned and operated by the Toscana Divino team (chef Julian Baker) and they are making some of the best Neapolitan style pizzas in town.  The dough tastes great and the pies I've tried were cooked perfectly.  The sauce and cheese are great too.  I don't know the name of the pizza maker but he is obviously talented.

The non pizza menu is in the hands of Jeff Maxfield (chef de cuisine at Toscana) and continues to evolve.  They currently offer cheese and meats, salads, small plates and daily specials.  The dining area is small but there is ample seating in the outside courtyard area where you can see remains of the Berlin Wall painted by street artist Thierry Noir.

It should be noted that they just opened a cafe and wine bar across the courtyard as well called LTD Edition Caffe and Vino Buono.

It's clearly time to update my Best Pizza in South Florida Rankings.

*Please note that this is not affiliated with the initial pizza place that was located in the same space.

Remains of The Berlin Wall painted by street artist Thierry Noir are located in the courtyard.

This is a must visit spot for all pizza fans. 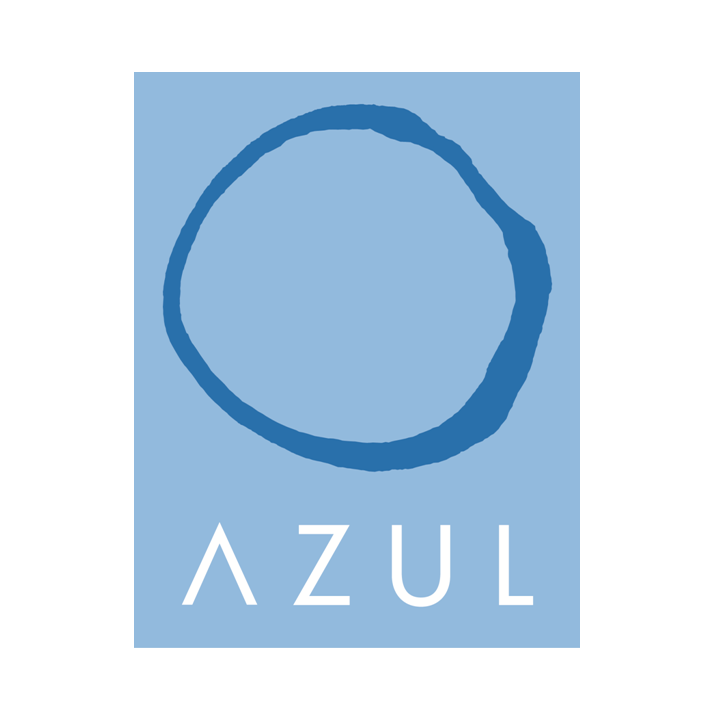