The Patriots made it interesting during the first half before pulling away for the comfortable win in week 3.
Tennessee, Green Bay and New England are off the board.
I'm starting to have a better feel for the league with three weeks complete.  There are three potential plays this week.  Green Bay returns home after a tough Monday night loss against the Bears to face the 0-3 Lions. They are a big favorite and I would be shocked if they lost this game despite the short week.  They are not available to us so I will move on.

San Diego returns home after losing to Seattle last week.  Philip Rivers should be able to put the Chargers in position to score a few TD's against Arizona.  Very tempted to use the Chargers this week but I'm not sure I want to take a chance on Norv...

The Saints suffered a tough loss to the Falcons last week.  Their offense hasn't clicked this year yet but Carolina's rookie QB Clausen will have his hands full with the Saints defense and the rockin dome.  I'd love to save the Saints for later in the season but this one is too good to pass up.

Posted by The Chowfather at 8:58 PM 4 comments:

American Amber, Red Ale.
This is a hybrid mashup of European tradition boasts an unusual malt bill (eight), hops (six), a Czech Pils yeast, and dry-hopping with Cascades. Copper in color, bright, clear, and topped with an off-white foamy lace. Aroma is clean, beery, lagery, with some faint DMS, spicy herbal hop and some steeliness. Smooth and silky consistency, fluffy with a medium body and a crisp carbonation. Toasty malts up front with a moderate sweetness, some caramel, orange note, and dusting of herbal hop character

The color is a light brown that's more of a dark red brown with amber-brown highlights, A small off-white head forms and dissipates somewhat quickly, laving some spotty lacing on the glass.
There's a malt and hops balance offering aromas of caramel and light pine with just a touch of citrus and a nutty note.

Pours blood orange red  with a two finger off-pink head. The aroma is comprised Light grains, herbal, and a faint suggestion of sweetness in the nose. Very smooth and creamy up front, with a fluffy medium body. Carbonation is crisp and refreshing. Malty sweet, but not overbearing.

Another easy win in week 2 thanks to Green Bay (Bills too).  I hope no one got caught in that Dallas trap.  That is why you take the best game and move on.  On to week 3.  Tennessee and Green Bay are off the board.   There are two strong plays this week but one is a no-brainer.  Baltimore is at home against Cleveland and should have no problem shutting them down.  They've dominated the series recently and that trend should continue here.  New England returns home after a tough loss to the rival Jets to face the offensively challenged Bills. The Bills are making a QB change which should help but it will not be enough. I normally shy away from division rivalries but  the Patriots will come out swinging and will roll.

The official pick is.... 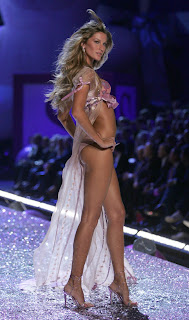 Posted by The Chowfather at 9:31 PM 3 comments:

As some of you may be aware, the Miami New Times food blog, Short Order is currently conducting a poll in order to determine the winners of their first ever Short Order awards.  Voting is open to everyone and winners will be revealed at the Iron Fork event on October 21.

Best Chef - Tough call as there are many deserving chefs in the area.  I went with Chef Kevin Cory @ NAOE because what he is doing over in Sunny Isles is unique, special and extraordinary.

Best Up & Coming Chef- Hales, Bullfrog, Gorenstein, Balloo, & Stojanovic are all on the rise and nomination worthy but my nomination went to Chef Gabriel Fenton @ Bourbon Steak.  From the addictive duck fat fries to the areas best burgers and steaks, Chef Fenton consistently shines.  His soups, sides, appetizers and entrees never disappoint.  Write in Chef Fenton!!!

Best Pastry Chef- They should have called this category ABH, anyone but Hedy.(compliment) The Stevie Nick's award goes to....

Best Plate- I thought about nominating the burgers at Shake Shack and Bourbon Steak but didn't think they qualified as "plates".  Thus, I went with the Bento Box @ NAOE and the Pork Buns @ Sakaya Kitchen.  Sooo good!!!

Other categories I'd like to see included in the 2011 awards are best food truck, new restaurant, wine/beer list, hostess, valet (kidding, I want my sunglasses back bitch!!), waiter, sommelier and gm. Fernan I got you!!!!!!!!!!

You can vote for YOUR favorites here
newtimesshortorder.com
Posted by The Chowfather at 8:50 PM 2 comments:

I recently had the opportunity to make a return visit to Cafe Boulud located at the Brazilian Court hotel in Palm Beach.  The restaurant was packed with a very diverse crowd on a Friday night.  Executive chef Zach Bell is a 2010 James Beard finalist. (won by Miami's Michael Schwartz)

I unintentionally ended up ordering an appetizer and entree from the same section, Le Voyage.  First up was the knockout dish, octopus a la plancha.  Chef Bell's version featured perfectly cooked octopus with
green olives, crispy chorizo, red onions, piquillo peppers and smoked paprika aioli.  The combination of ingredients and flavors were so delicious I almost ordered another one.

For my entree I opted for the yellowtail snapper alla griglia which was a twitter recommended dish by @ PetronArbiter. This was another winner.  The yellowtail was served with meaty and tasty sautéed bluefoot mushrooms, baby carrots, delicious warm fregola salad and Italian salsa verde.

I was also fortunate to sample the tomato tartine which featured heirloom tomatoes, grilled sourdough
chevre, purple mustard vinaigrette and basil as well as the risotto primavera accompanied by summer vegetables, pea shoots and a saffron emulsion.  Both were great.

Cafe Boulud features an interesting and diverse menu that is executed to perfection by Chef Bell.  I wish I lived closer.

Posted by The Chowfather at 10:10 PM No comments:

Sorry for the late posting this week.  My modem died on Monday and AT&T didn't ship it overnight as I requested.  Tennessee  came through with an easy win over the Raiders in week one.

There are two games that I really like this week.

The Bears travel to Dallas for their home opener.  Chicago should have lost last week to Detroit while Dallas lost a tough one on the road to Washington.  I expect Dallas to come out strong and win by double digits.

Green Bay heads home to face the Buffalo Bills.  The Bills offense was unimpressive last week against the Dolphins.   Green Bay is better on both sides of the ball and much better at QB.  They win this one easily.

I considered holding Green Bay until later in the year but I hate to look ahead.

NFL eve is here and I'm ready to roll.  Week one features a lot of evenly matched teams making this a difficult week.  Additionally, most of the teams I like this week are on the road and I rarely pick a road team especially early in the season.   Nevertheless, I've isolated a couple of games that I believe are strong week one plays.

The Giants are looking to bounce back this year and open the season in their new stadium against the Carolina Panthers.  John Fox usually has his teams prepared to play but the Giants have revamped their defense (Rolle) and Eli will be ready to go on opening day.  The Giants are the better team, at home and opening a new stadium.  Giants win this one.

One of my favorite strategies is picking against a West coast team traveling east for an early kickoff.  The Raiders are doing just that in week one when they travel to Tennessee. Although they aren't on the East coast it's still a long trip and an early start.  I expect the Raiders to be an improved team this year but Tennessee is a better team all around and their defense should be able to shut down the Raiders offense.  Chris Johnson will have another big game and lead Tennessee to the win.

Week one official pick is

Football season is here!!!! Welcome back.  We "survived" until week 15 last year and hope that helped you win your respective pools.  This year we expect to go 17-0.

For those of you that are unfamiliar with Suicide Pools a/k/a Last Man Standing, Elimination or Survivor, all you have to do is pick one NFL winner each week (point spreads are irrelevant). Win and you move on BUT you can only select a team one time during the season. I know it sounds easy but there is a lot of parity in the NFL and there are plenty of upsets each week.

Week 1 is always a difficult week and this year is no exception.  I'm going to try to get my pick posted on Tuesday each week. (I may wait a little longer week one)

You can also follow me on Twitter for pick information prior to posting on the blog and for updates throughout the week @ http://twitter.com/thechowfather

*selections are for entertainment purposes only
Posted by The Chowfather at 7:54 PM 1 comment:

Tiers of a Burger Updated

I've made an effort recently to visit/try new burgers in the area as well as return to some local favorites in order to update my Tiers of a Burger.