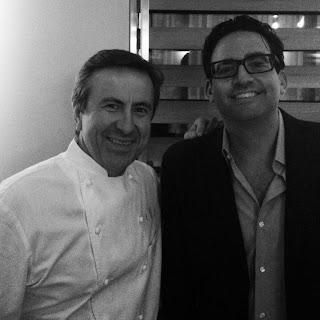 My second Best Meal of 2012 was perfection on a plate courtesy of master chef, Daniel Boulud and his new executive chef, Matthieu Godard.  Daniel was in the house to introduce his new executive chef at db Bistro Moderne to Miami.  Not only were we treated to the flawless food of Daniel but he tossed some amazing Louis Latour Burgundies into the mix.

This was a very special night that featured five star cuisine and five star Burgundy wine.

This was yet another meal that I neglected to post about.  Too busy eating and no time for writing.  As I've done in my prior Best Meal posts, I've included my Tweets from the night to accurately capture my immediate thoughts on the dishes.

The evening started with some outragoeusly good canapés. I had a flute of Crémant de Bourgogne in one hand and the canapés in the other so I was unable to snap any shots or take any notes. Trust me, they were incredible.

The man & the new chef @dbBistroMiami. 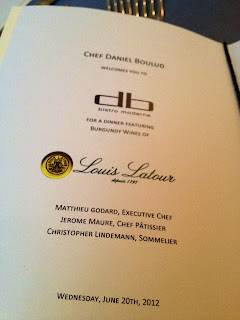 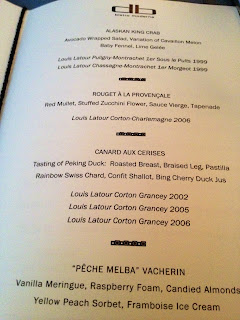 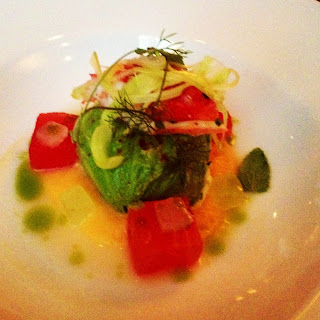 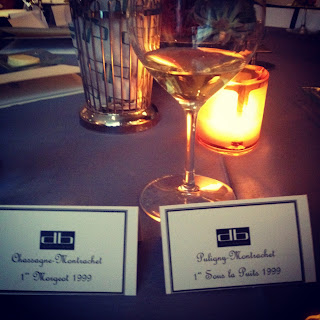 We were treated to two outstanding pairings with the first course.  A Chassagne-Montrachet 1er Morgeot 1999 and a Pugligny-Montrachet 1er Sous le Puits 1999 The second course was a Rouget A La Provencale. This featured a wonderful red mullet along with a stuffed zucchini flower, sauce vierge and a tapenade. 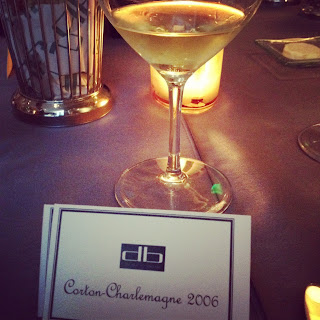 The wine pairing for this course was a Corton-Charlemagne 2006. 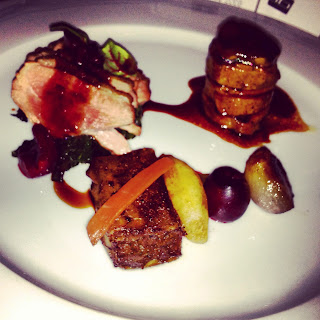 The last savory course was Canard Aux Cerises.  It featured a phenomenal tasting of peking duck including a roasted breast, braised leg and pastilla. Rounding out the dish was a rainbow Swiss chard, confit shallots and bing cherry duck jus.

Enjoying meal of the year thanks to @DanielBoulud and new chef@dbBistroMiami photos later.

A dynamite vertical tasting was paired with the duck.  Here we were treated to Corton Grancey 2002, 2005 and 2006.  All three were delightful but the 2005 was the standout for me and easily the best of the night. 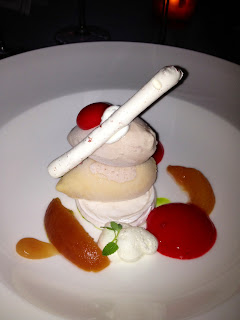 Dessert was a "Peche Melba" Vacherin.  It was comprised of  vanilla merengue, raspberry foam, candied almonds along with a hello peach sorbet and framboise ice cream.

The last our of the evening was a Simonet-Febvre Cremant de Bourgogne Rosé. 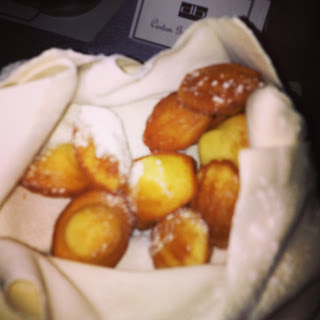 Posted by The Chowfather at 8:03 AM