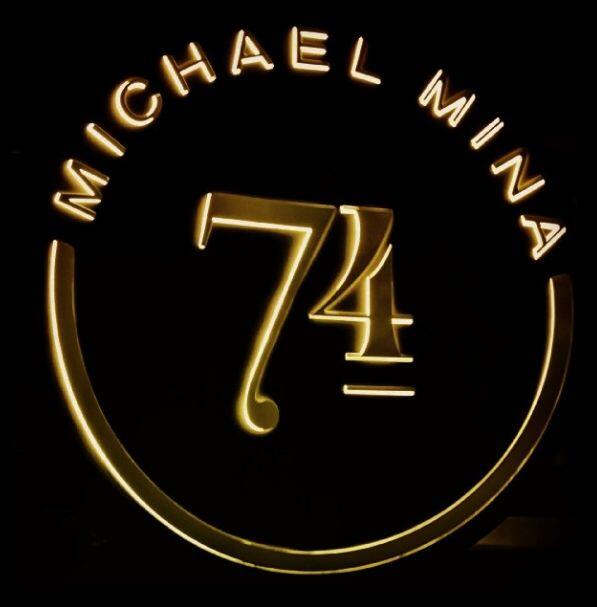 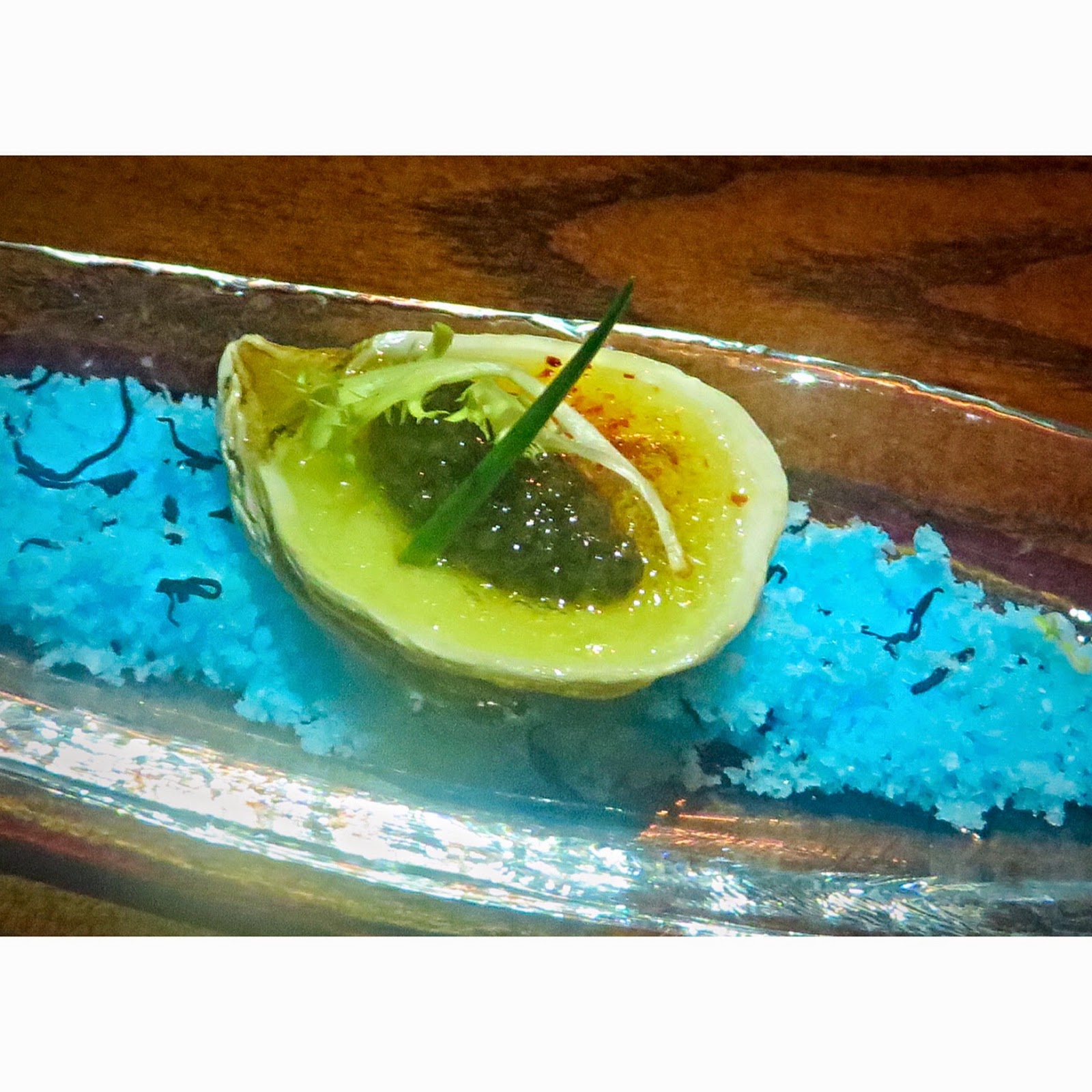 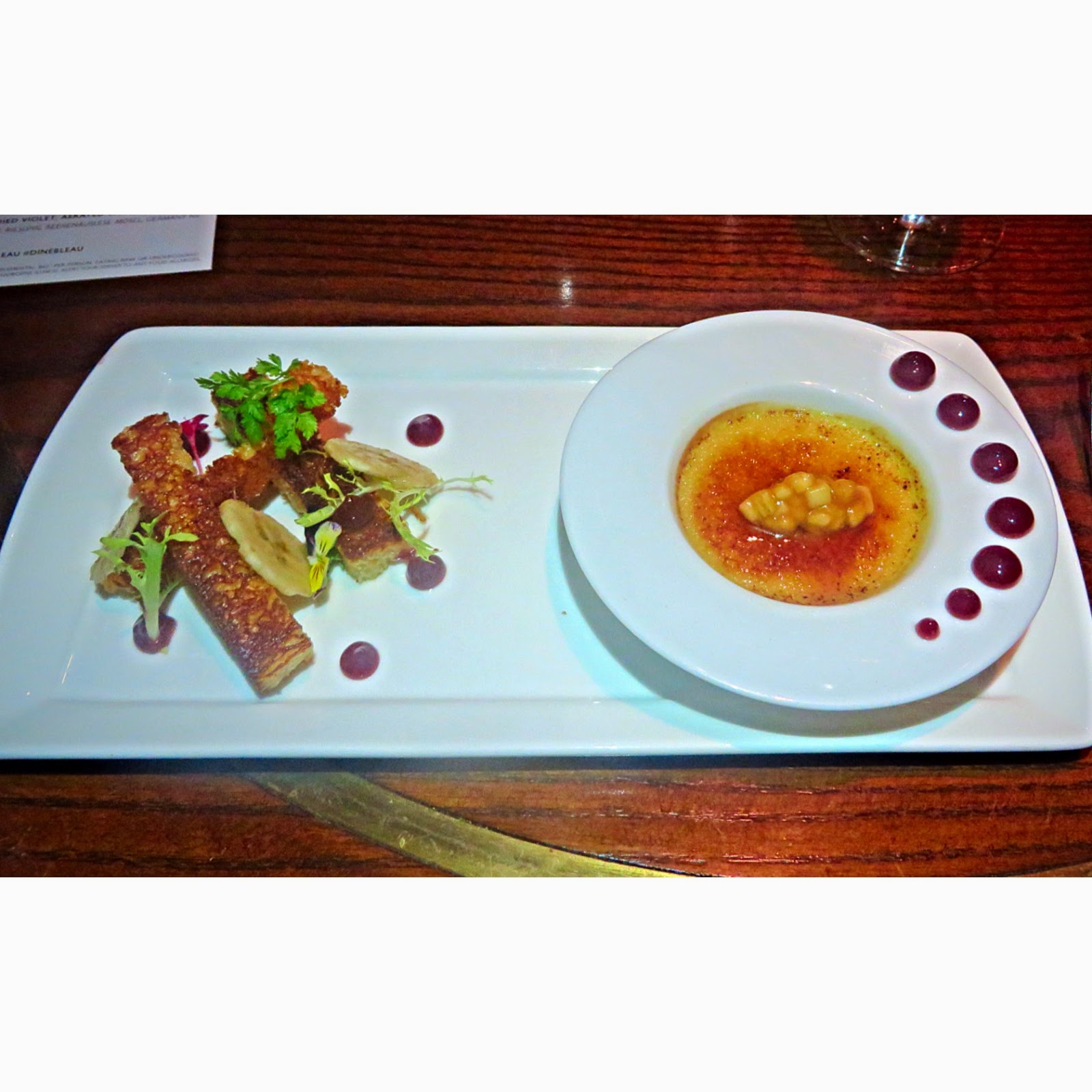 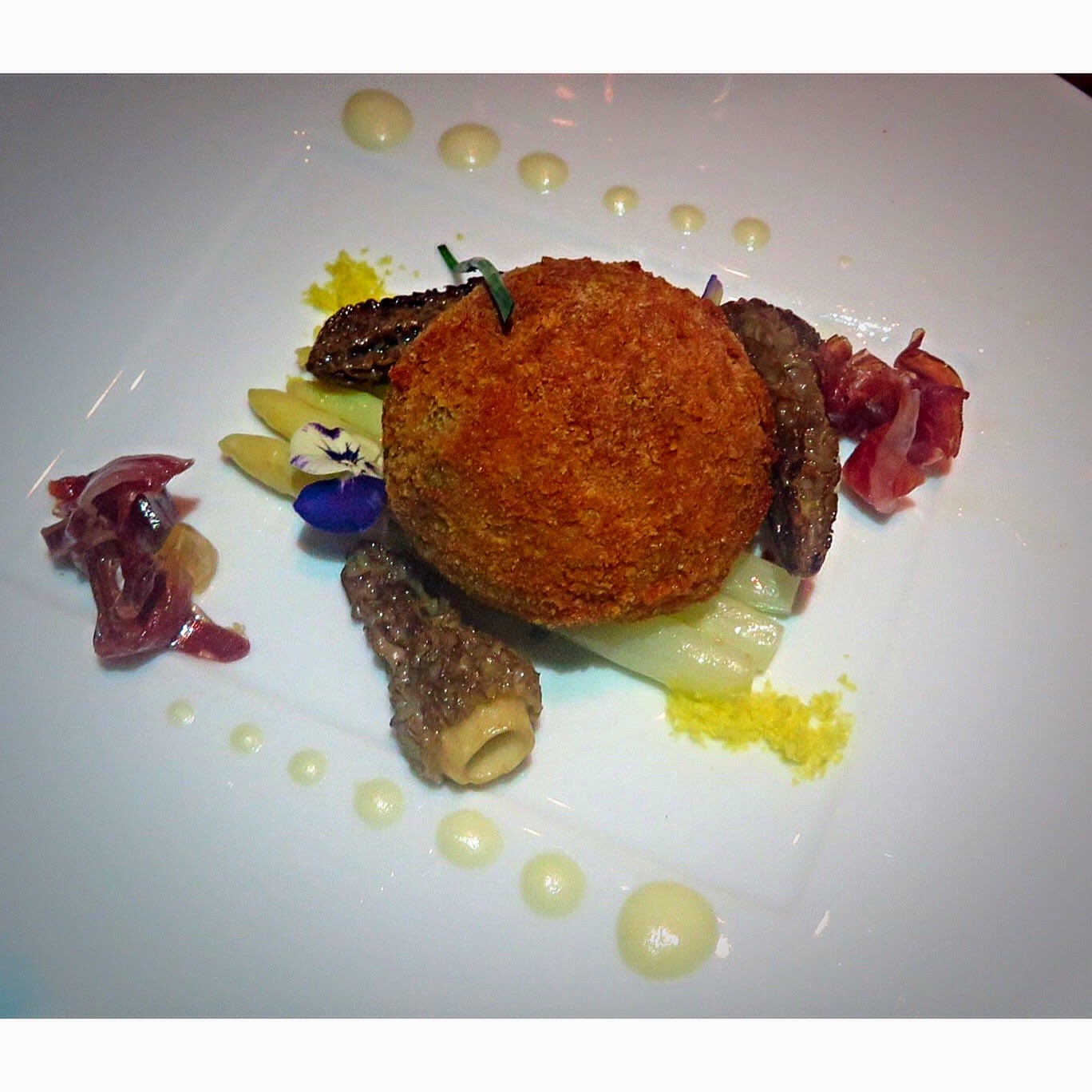 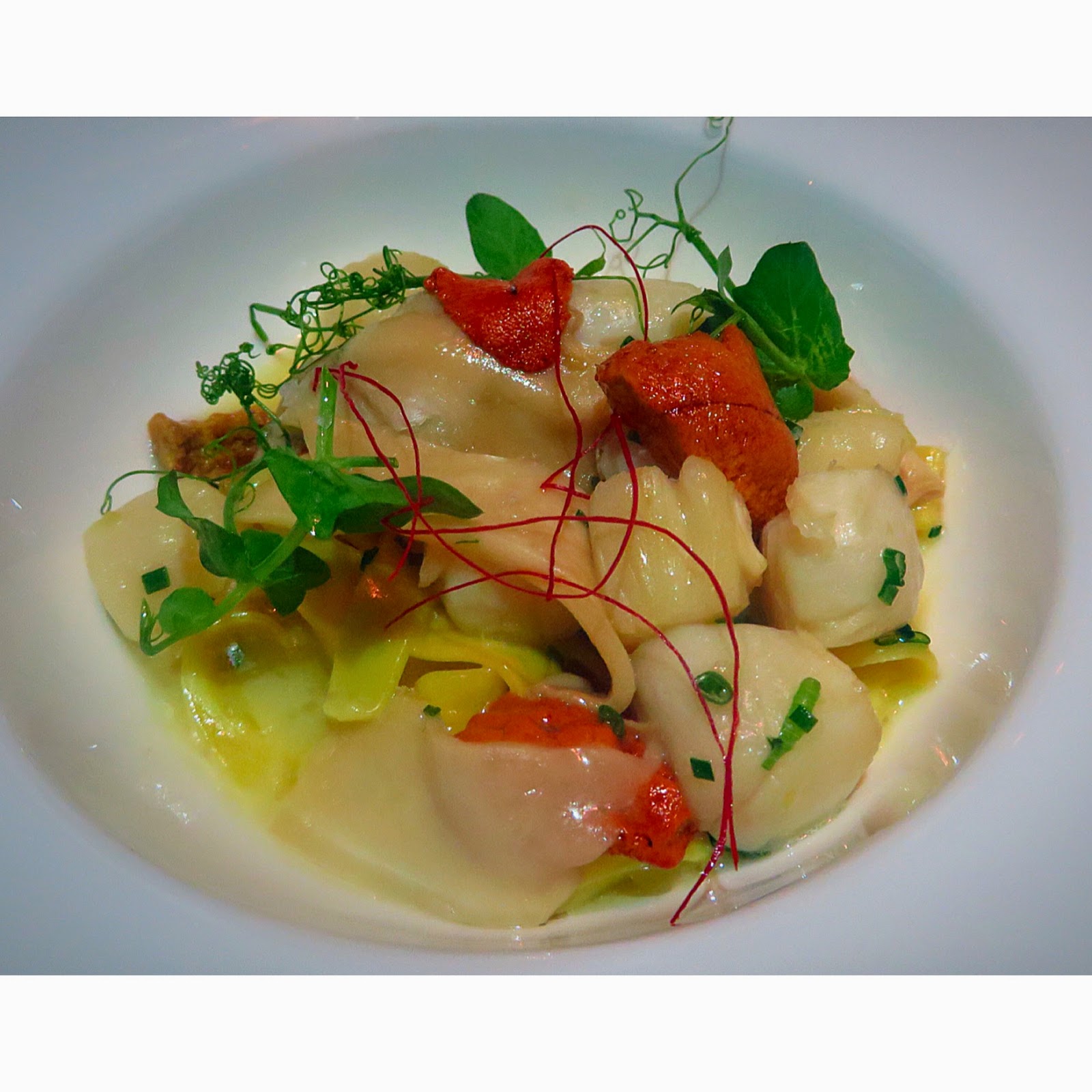 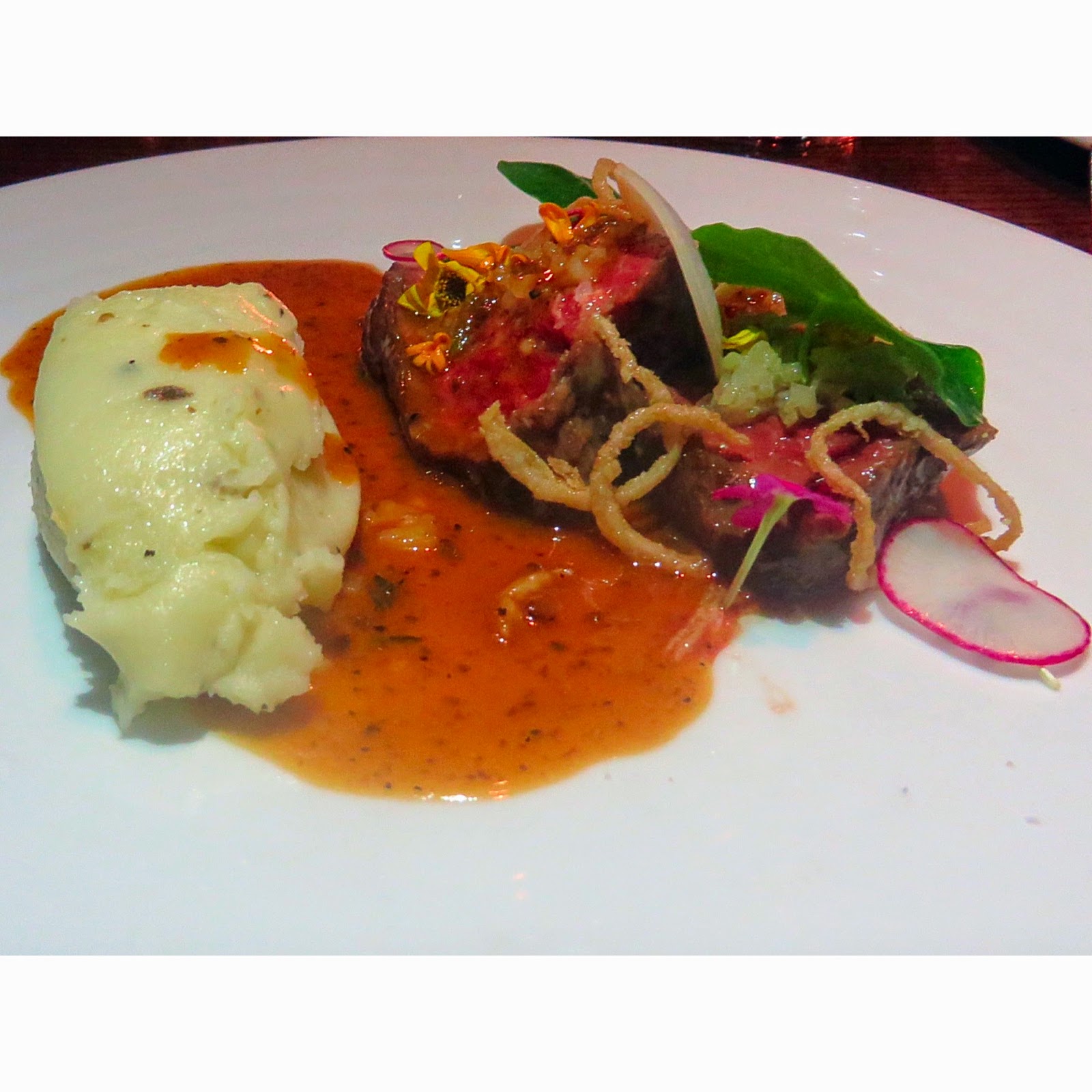 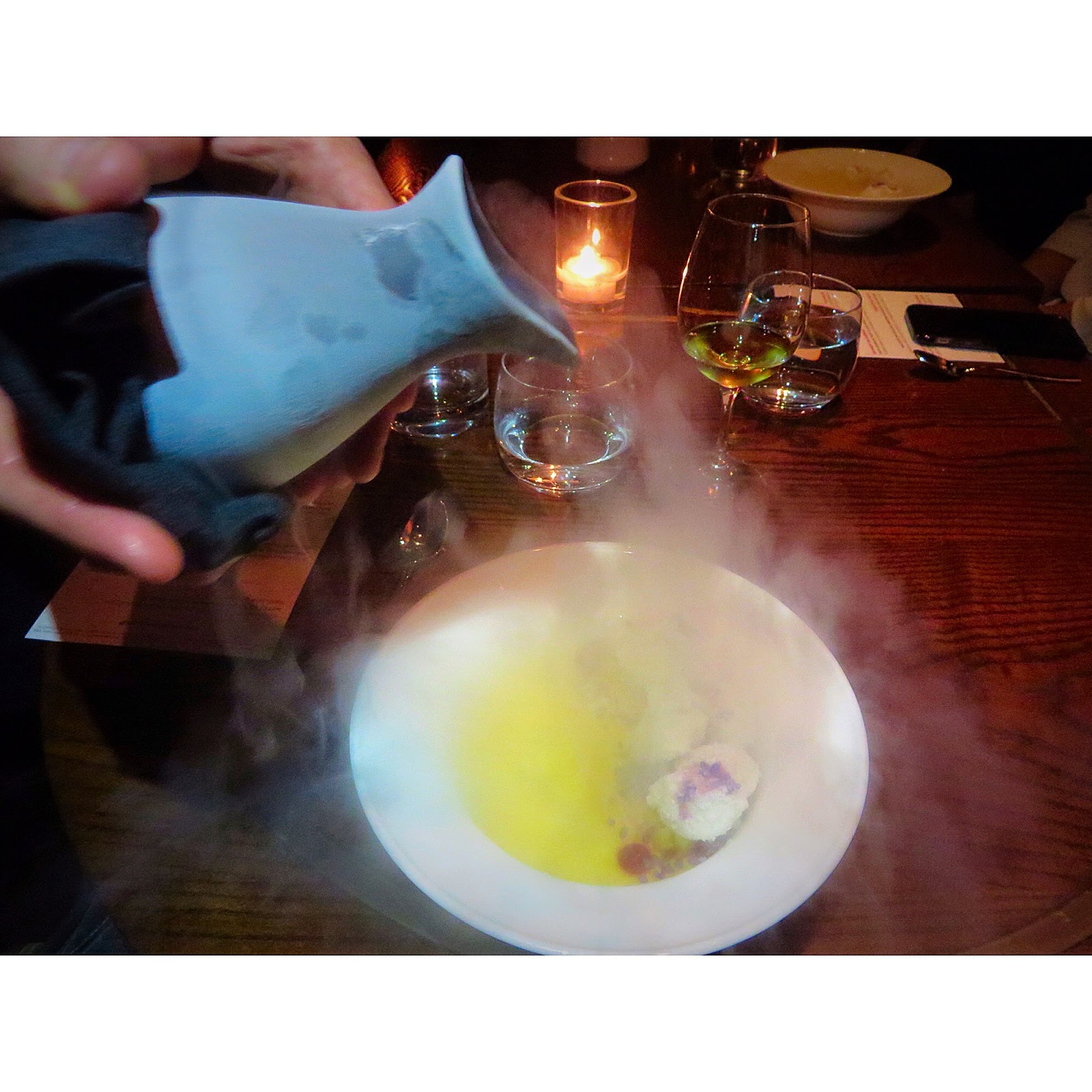 Wow Cobaya Experiment Fifty recently went down. There are no words to properly convey the pride and joy that I have felt while organizing these amazing dinners with my co-conspirators over the past five plus years. It's been a great ride and an awesome hobby. I've enjoyed the creations of 50 plus talented chefs along the way, a plethora of outstanding dishes and most importantly I've been able to share my passion with like minded food lovers, the gourmet guinea pigs. Okay, there were a couple of clunkers and the chefs probably know who they are but I will never say.

I've also met some great people along the way, many of whom I now consider friends.

Prior to starting Cobaya, I knew David and Steve from our online exchanges over the years on Chowhound, which continues to be the most reliable online source for dining advice. If I recall correctly, David had attended a special birthday dinner at the Trump Hotel in Sunny Isles which was curated and executed by two of the most underrated and unknown chefs in Miami, Kurtis Jantz and Chad "Zilla" Galiano. Chad is no longer in town but Kurtis continues to run the show at the Trump. They were into "molecular gastronomy" and subsequently started doing small ten seat creative dinners one night a week at the hotel called "Paradigm." Unfortunately, they were having trouble filling the restaurant seats (My wife and I were the only people there on a Saturday night) and looking to put together a focus group to help take the now defunct hotel restaurant, Neomi's to the next level. The food was good but Neomi's was a tough challenge based on several factors and struggling to find a fan base. Nevertheless, David contacted a few Chowhounders/Bloggers to participate. Prior to the invitation I wrote a post about starting an underground food group in Miami. The scene was growing and on the rise and I thought my fellow food lovers on Chowhound along with my followers would embrace and support it. As it turned out, David had similar thoughts and visions which we discussed during one of the tastings. The valet was slow that night and David, Steve and I discussed it further while waiting for our cars. While departing, we collectively said "let's do it." David took the ball and ran with it all the way to Talula. He got Number One properly done and it was a tremendous meal which I still have vivid and fond memories of. I also vividly recall David walking over to me at the end of the night with a huge grin asking "what's next"……..

After Cobaya 49 was in the books, the King of Cobaya, Chef Jeremiah, with hat tips to Andrew Zimmern, Andrew Carmellini, Conor Hanlon and Joshua Gripper, reached out and said "I got 50." BOOM. No other chef has embraced and supported the concept more than Jeremiah. He's the type of chef we started these for and he's been an inspiration to move forward with them. He is passionate about food, a hustler, a food gangster, creative, talented and most importantly a great guy and great chef. 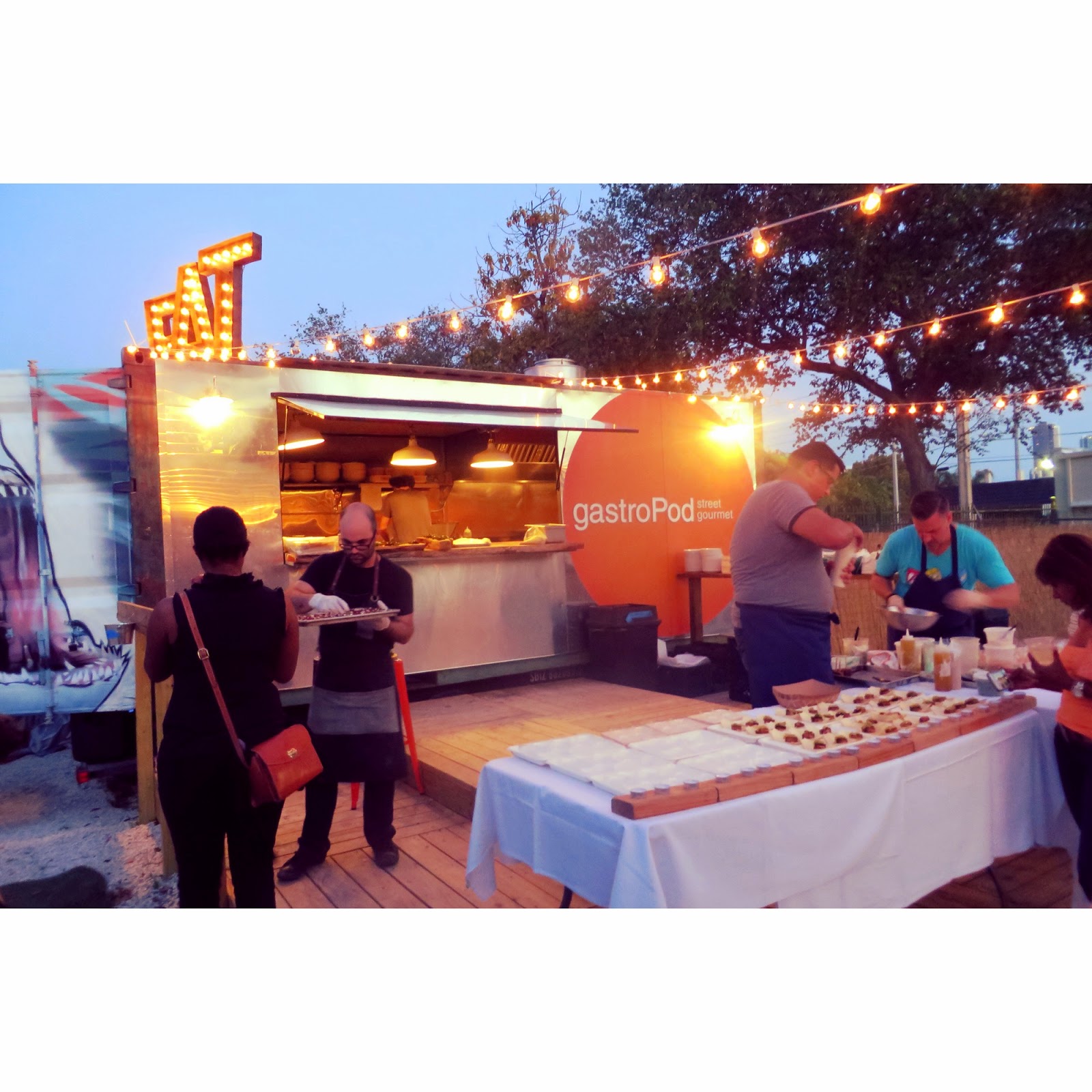 As you know, timing plays an important role in life. Fortunately, chef Alex Talbot from Ideas in Food
was planning to pay a visit to Miami to cook with Jeremiah. Ideas in Food has played a huge role in the culinary lives of numerous chefs around the world. Alex collaborated with Jermiah on Cobaya 10 and was the perfect pairing for Cobaya 50. Jeremiah invited Kurtis along who delivered some great snacks to start the night. Jermeiah also invited his web designer turned gastropod chauffeur turned sous chef turned restaurant owner Steve "masa" Santana of Taquiza along too. It should be noted that Steve is a unique guinea pig turned Cobaya chef. Also in attendance was pastry chef Ricardo Torres who was previously at Tongue and Cheek. His desserts were some of the best bites of the night.

The dinner took place at Jeremiah's gastroPod 2.0 which is a pimped out shipping container located in Wynwood.

Oy! I did not intend on writing a post this long and actually loathe them. I know no one wants to read this much these days. My bad. So, I will let the pictures and descriptions speak for themselves the rest of the way. But I will add, that it was the perfect way to celebrate #50. Great chefs who are friends of Cobaya who brought their A games and did Cobaya right. The food was amazing, the scene was right and it was a fantastic night. THANK YOU. 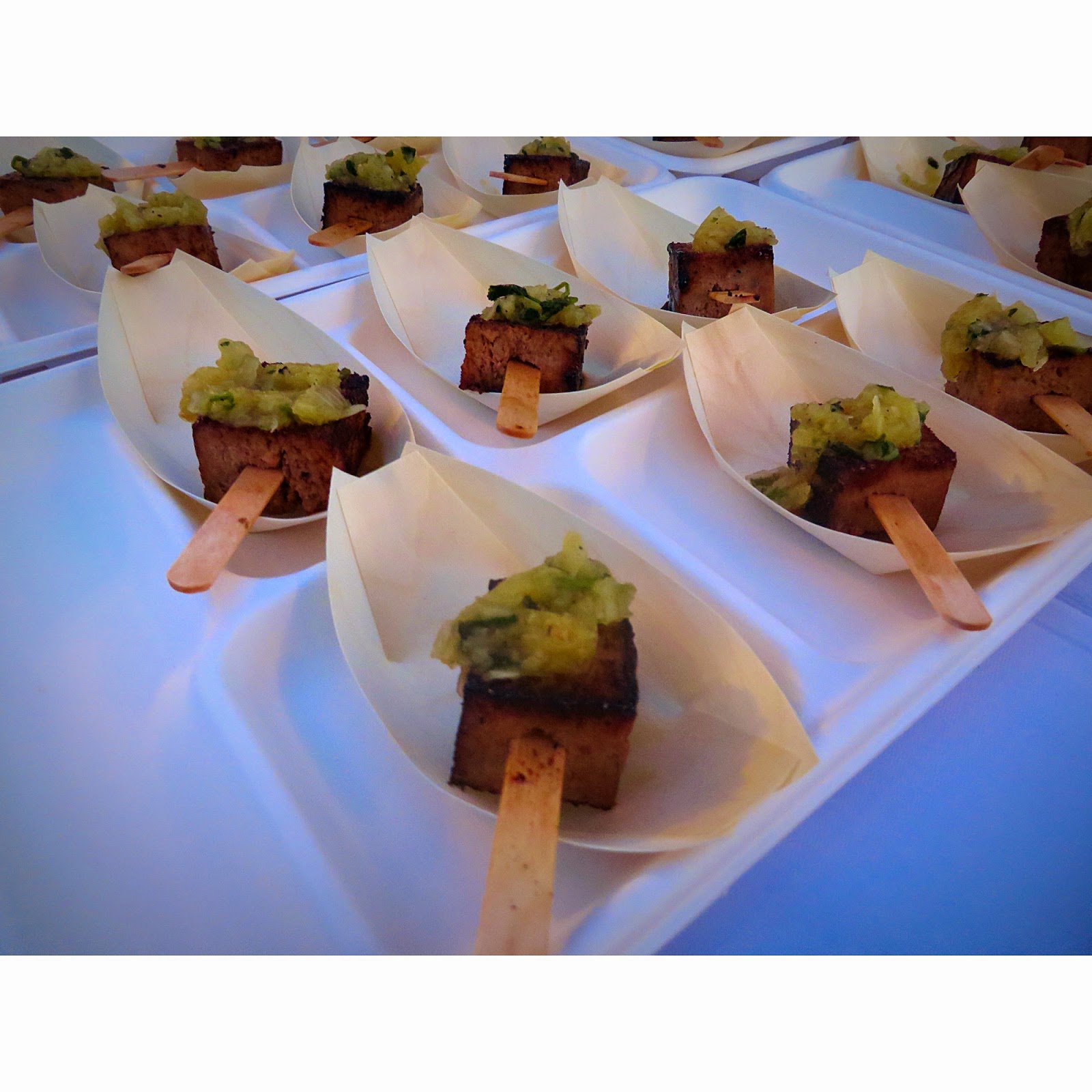 This dish took two days to prepare. Day one consisted of a visit to la caja china para tres little pig heads. Once they were en fuego, they paid a visit to the grinder before being delivered to the king of masa for stuffing.

You can now enjoy the culinary street creations of Jeremiah in Wynwood and at the Aventura Mall Food Court.  More info gastropod.

Posted by The Chowfather at 1:59 AM No comments:

What a night!! On February 20, 2015, 50 gourmet guinea pigs raided the Perez Art Museum Miami for a fantastic event.


Cobaya Miami experiment #49 may not have been as "underground" as the prior 48 but it was a wonderful night with a great group of chefs and guinea pigs.

Huge thanks to Lee Schrager and his South Beach Wine and Food Festival team for inviting us to be a part of the best wine and food festival in the world. And for delivering a first class event in every way. It was truly an honor to participate.

Huge thanks to Andrew Zimmern for agreeing to host, curate and cook for us.  Andrew attended Cobaya 21 and featured us on his popular show Bizarre Foods America.  Ever since that night we've wanted to get him in the Cobaya kitchen to cook a killer Cobaya style meal.  It almost happened a couple of years ago but it unfortunately did not materialize.  But Lee reached out to us again this year and made sure it got done. And it got done right.

Andrew invited some of his incredibly talented national and local chef-friends to join in the fun.  Chris Cosentino of San Francisco's Cockscomb and Boccalone, local hero Michael Schwartz of Michael's Genuine, Makoto Okuwa of Makoto in Bal Harbour, and Kaytlin Brakefield of Verde at PAMM.

It was a diverse group of chefs and each one delivered delicious dishes that showcased their styles and remained in the spirit of Cobaya.

Additional thanks to  Perez Art Museum Miami for hosting us in their amazing venue.  And thank you to all the guinea pigs in attendance including the new SOBEWFF guinea pigs.

Hopefully, Lee will invite us back again and Andrew will host, curate and cook another outstanding meal.  Or we can gas up the Cobaya bus and have the guinea pigs invade NYC for the NYCWFF.... 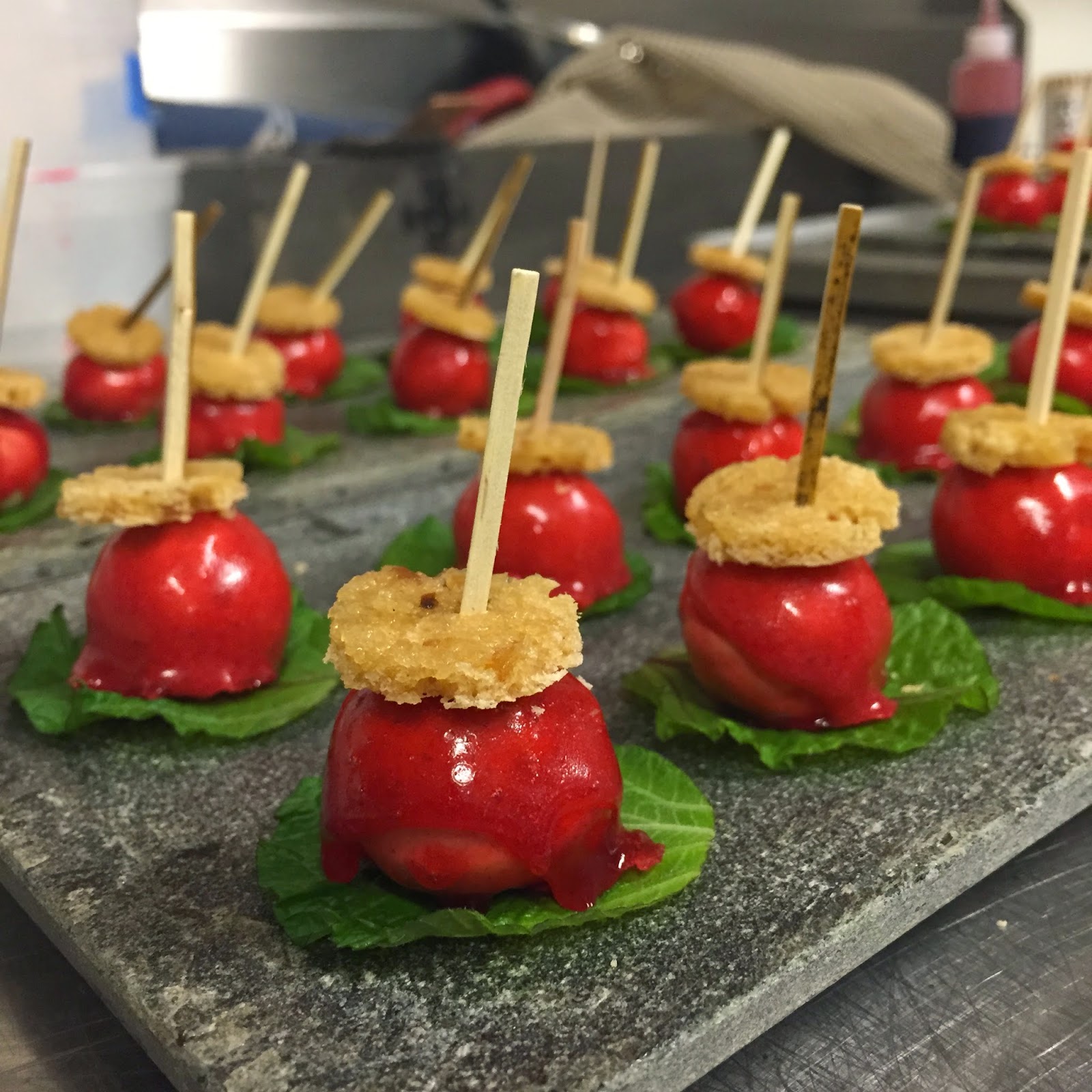 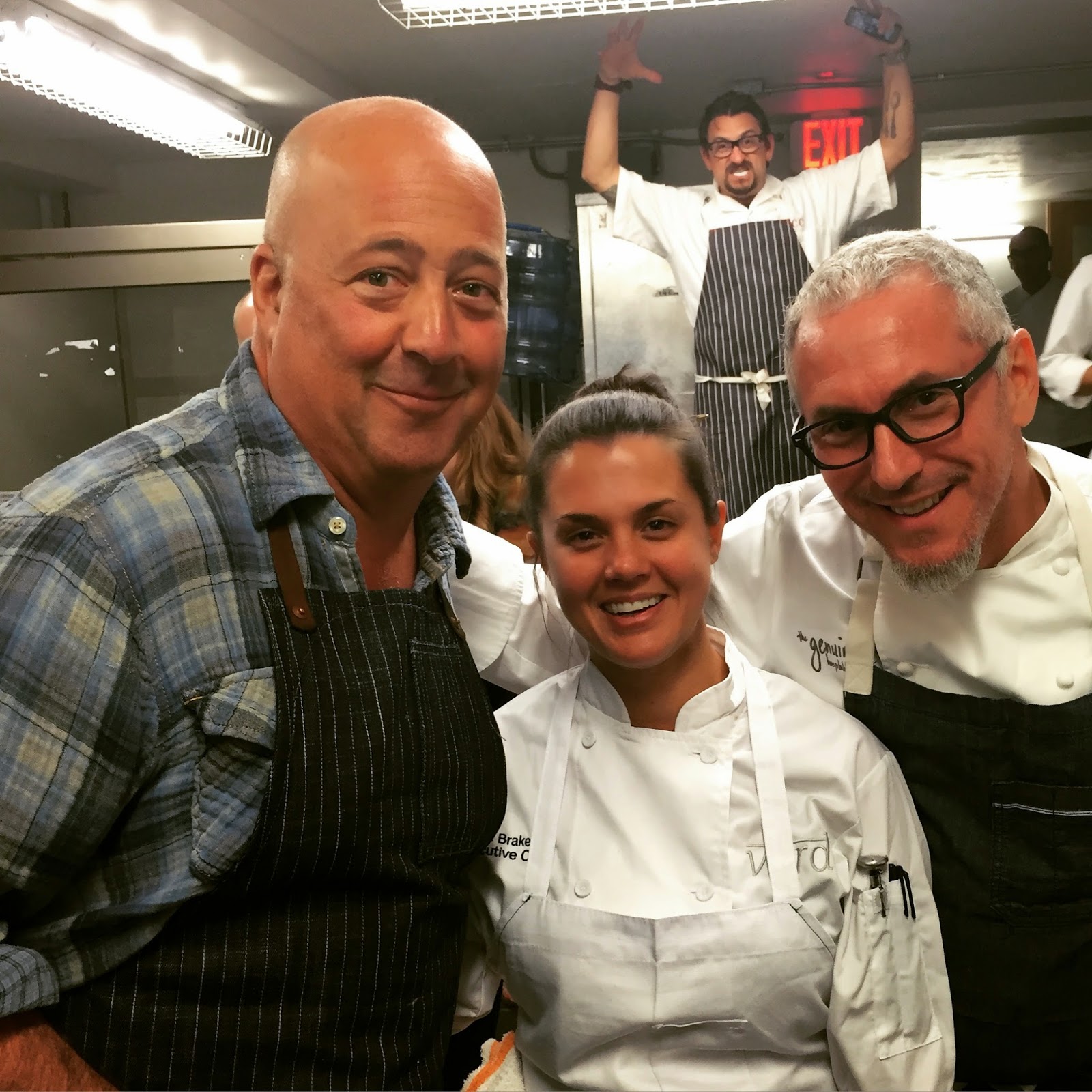 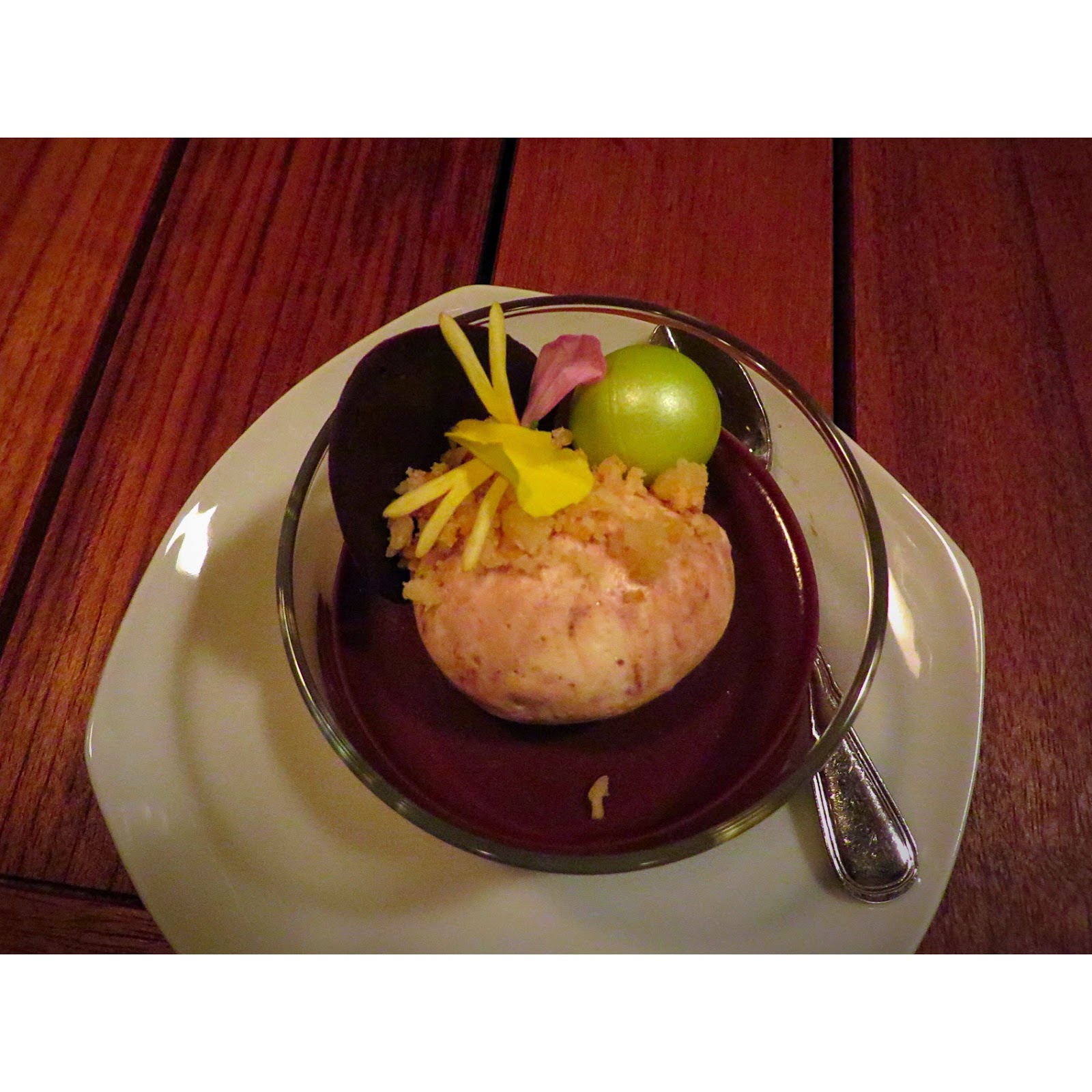 Posted by The Chowfather at 2:47 PM No comments: