The Sustain crew is at it again.  This time they are hosting a Champagne/Sparkling Wine "Dunch".  The  menu sounds great and I'm confident Sommelier Daniel Toral will pair and pour some great bubbles.

Sustain Restaurant is located at: 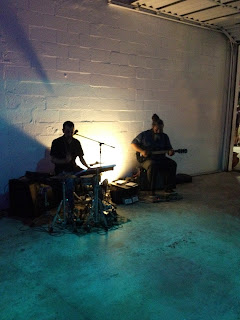 Chef Jeremiah's P.I.G III went down tonight (11/27/11) over in Little Haiti. His gastroPod served up some awesome Benton's ham fried rice topped with a perfect poached egg.  I followed that up with a fantastic porchetta sandwich featuring spit roasted duroc pork roast.  I washed that down with a killer bourbon and bacon cream soda mixed by the Bar Lab crew.  Their tequila punch was even better.  I heard some rave reviews about the smoked pork melt from Ms. Cheezious but I didn't have any room left. I did sample some great ice cream from Coolhaus, brown butter with candied bacon, dirty mint chip, Guinness chip, sea salt caramel and more.  There was also ear food via  Cog Nomen. 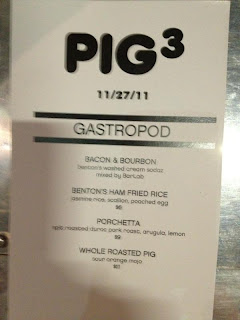 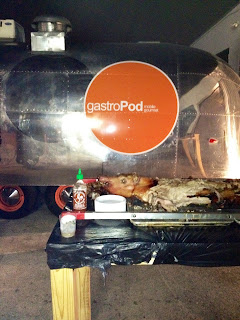 Posted by The Chowfather at 10:15 PM No comments:

Hope everyone has a great turkey day with your respective friends and family.  Thanks for following the blog.


Posted by The Chowfather at 7:11 PM No comments:

I'm a big fan of  Chef Jeremiah's events and this one looks like a real winner.  His gastroPod is teaming up with Ms. Cheezious, Coolhaus, and Bar Lab.  There will also be food for your ears provided by  Cog Nomen.

I recently had the opportunity to sample Bar Labs cocktails and they are the real deal.  I have not tried Coohaus yet but their ice cream looks awesome. I know Jeremiah will deliver some fine swine, Cheezious too.

This should be a fun event with something for everyone.  No cover this year. See you there.

Posted by The Chowfather at 6:23 PM No comments:

This looks like a fun event and a must do for the cigar lovers out there.

Posted by The Chowfather at 3:13 PM No comments: 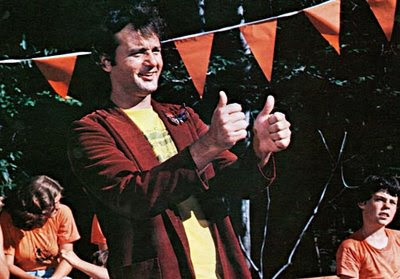 Ahhh!!! The meatball, one of my all time favorite comfort foods. I like my balls to be pillowy soft and they must be paired with outstanding sauce.  This is a short list.  The places listed are head and shoulders above the rest in town.

Macaluso's- (South Beach) Chef  D'Andrea serves a dynamite meatball.  Tip- you can get them for lunch or to go next door at their market.

I would love to do a side by side tasting to determine a winner.

Noodles Panini- (Ft. Lauderdale) aunt marion's meatballs are the real deal.
Fulvio's- (Hollywood) Fulvio doesn't mess around when it comes to his meatballs.

Sonnys Famous Steak Hogies (Hollywood) serves a great meatball hogie BUT it is impossible to pass on their Cheesesteaks. (TIP- get one to go or go hungry and get a cheesesteak with a meatball hogie on the side)
Racks (Sunny Isles) They serve a surprisingly soft and tasty meatball.
Harrys Pizzeria (Design District)  Schwartz's balls are too dense for me to be tier worthy but the meat and sauce were legit and deserve an HM spot for sure.

Randazzo's (Coral Gables) I still have not been to Randazzo's.
Cafe La Buca (Pompano) I suspect that their meatball is tier one or two worthy.  We shall see.
Philomena (Pompano) I've heard great things about this small Italian joint in Pompano.
Tudor House (South Beach) Chef DeRosa claims his balls are "like pillows of wonder bread wrapped in lamb and pork"  SOLD!!
King's County Pizza (Aventura)
Prime Italian (South Beach)
Posted by The Chowfather at 12:45 PM 2 comments:

As many of my readers know, I am a huge pizza fan who grew up in NY.  Thus, I'm a big fan of traditional NY style pizza but also love the thin crusts coming out of coal and wood-fired ovens all over South Florida.

The following list includes all types of pizza. I wish the list was longer so I will keep searching the tri-county area.

**When I refer to dough, I am talking about the portion under the cheese and sauce. "crust" to me is the edge of the dough that you fold. I believe that is technically referred to as cornicione. I suppose you can simply call the entire dough the crust and the edge the upper crust. Whatever!! I like calling it pizza dough and crust. No idea if that is proper terminology or not but it's always been mine.**

Mauro's (Downtown Hollywood)- Huge authentic NY style slices. Perfect dough, sauce and cheese ratio which is something I look for and is very important to me. Their sauce skews slightly to the sweet side.  As good as it gets in South Florida.

Cafe La Buca (Pompano)- NY style/thin crust hybrid. Fantastic tasting dough with a nice chew that is not overly charred. The cheese and sauce is top notch and perfectly proportioned. Pizza is cooked in a wood-fired oven imported from their hometown of Naples, Italy.  Five tables, daily changing verbal menu.  Get a small pie so you can try one of their fresh housemade pastas. Hidden gem and a must visit.

Kings County Pizza (Aventura)- Another recent find that opened within the last year or so.  They are serving authentic NY style pies including stellar Sicilian and grandma pizza.  Sauce skews on the spice (basil/oregano) side.  On a side note, the wings and baked ziti are even better.

Macalusos Market (South Beach) - I'm a big fan of Macaluso's, the restaurant and was very happy when he opened the market next door. The Market features great appetizers including their legendary meatballs, heroes and pastas.  They also serve fantastic pizzas. Kill two birds with one stone and order the meatball pie.

Racks (Sunny Isles)- I must admit that I wasn't a huge fan off the bat but it was good enough early on to get me back and they have really won me over.  I don't think I was off early on. I think they have improved. Regardless, their pizza is another NY style/coal-fired hybrid. The underlying dough is on the thin side but the overall flavor is all NY style thanks to the great sauce, gooey cheese and great tasting dough.

Harry's Pizza (Miami) I really struggled over where to place Harry's.  I initially had them on the BUST list because I was disappointed with the baseline matzoh margherita pie I tried. It was super thin and overly crispy.  BUT I knew going in that Harry's wasn't about a traditional margherita pie. Chef Schwartz's pies are topping driven and the stars of his pizza.  He combines great ingredients with interesting and flavorful pairings that really work. I know a lot of people that will love what is coming out of Eismann's his wood-fired oven.  Leave your NY state of mind at home and go with an open one. I think you will leave happy.

Steve's (North Miami)- This is a place I really want to love but always falls just short for me.  It's very good but the sauce is just too sweet for me to rank above the honorable mention bar.

Anthonys Coal Fired Pizza (Multiple Locations) Anthony's seems to have a real love/hate following.  I'm on the love side of the fence but do find their pizza to be on the overly salty side and their toppings tend to weigh the pizza down. Regardless, they serve unique and tasty pies.

Tuccis Pizza (Boca)
Pizzeria Oceano (Lantana)
Kitchenetta (Ft. Lauderdale)
Frankie's  (Miami)
Timo (Sunny Isles)- Have fond memories of the Black & White (shaved black truffles) but it's been a while.
Pucci's (South Beach) I was a huge fan of the prior incarnation back in the early to mid 90's but that was back in my partying days. Most slices were post clubbing and/or nursing a Rebar/Velvet/Chili Pepper/Groove Jet/Chaos hangover...very fond memories though)

In honor of National Sandwich Day I decided to list my favorite sandwiches in the South Florida area along with some national favorites. In no particular order.

Locals I need to try:

Did I miss any of your local favorites? Let me know.
Posted by The Chowfather at 2:05 PM No comments: