A perfectly orchestrated menu from start to finish.

The progression was proper, flavors were fantastic, pacing was perfect and the execution was excellent.

The Proof Posse thoroughly embraced the Cobaya spirit, take the handcuffs off, have fun, cook whatever you like to cook, make it a special meal, and delivered a dynamite night at the Triple P.

I'll keep the details about Proof brief since I did a detailed post about them recently that you can read here. In a nutshell, Proof is the product of three chef friends with impressive fine dining resumes who decide to technically step down in class and do their own thing. And they are doing it right. But make no mistake, they are still serving fine dining caliber food.  Their dishes exhibit restraint, balance and finesse.  Traits I admire in chefs.

The Proof Posse were not strangers to the Cobaya kitchen.

Chef du cuisine Matt DePante was sous chef for the killer Cobaya Carmellini at The Dutch.

Both were in the kitchen for several other special meals I enjoyed at both spots.

It should be noted that service, hospitality and the wine pairings were all spot on.

Huge thanks to Justin, Matt, Malcolm and the entire crew at Proof for delivering a special meal and night. To Afrohead Rum for their generous and delicious cocktail. And to all the gourmet guinea pigs out there for your continued interest and support.

I said it in my initial post and I will reiterate it now. Proof is not only the best new restaurant in town, it's one of the best restaurants in town.

Do yourself a favor and go pay them a visit.

The calm before the gourmet guinea pig storm.

Bucatini with bottarga, lemon, breadcrumbs. Perfect pasta paired with a favorite of mine, bottarga.

Chocolate treats from Malcolm including an awesome macaron ice cream sandwich. Forget the cronut you want the Malcolm Macaron Sandwich.

Mixologist Isaac Grillo made a cameo appearance on behalf of Afrohead Rum who generously allowed us to sample their new rum which happens to be great. 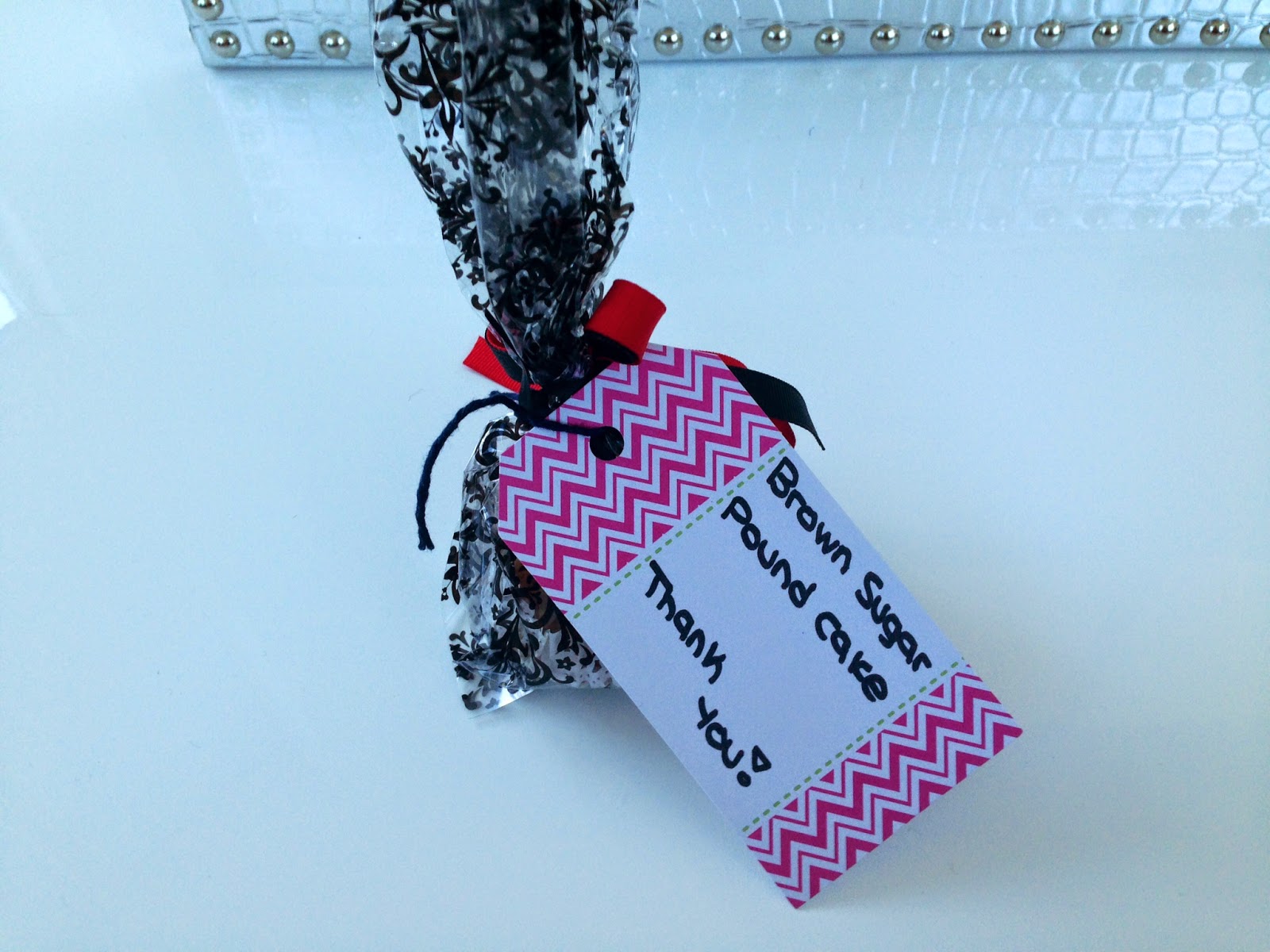 A tasty parting gift for the diners along with a gracious thank you.

On the corner of North Miami Avenue and NE 34th street

They currently do not accept reservations. If you have a party of 6 or larger please call ahead so they can accommodate your party to the best of their ability.

Self park pay lot available across the street from Proof directly on NE 34 th street.
Posted by The Chowfather at 10:36 PM No comments:

Chef Travis Grimes is heading south from Charleston and his critically acclaimed kitchen at Husk Restaurant to pair up with Miami favorite, Chef Jeremiah Bullfrog.  They will be collaborating on a brunch and a dinner. Both should be fantastic.  Tickets for the brunch are $50.00 and dinner $100.00.  They can be purchased at gastropodmiamitickets.com

Posted by The Chowfather at 5:07 PM No comments: 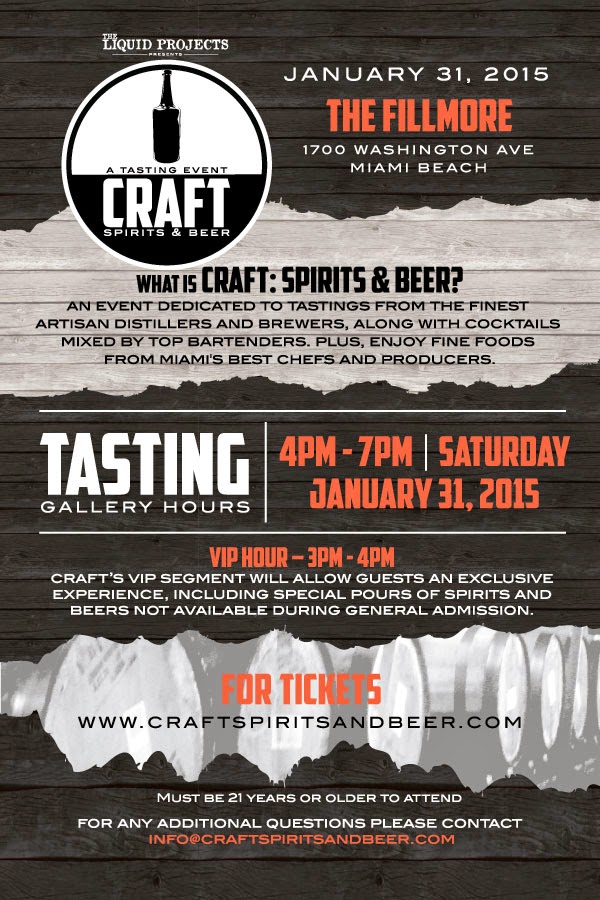 This is a great event that all spirit fans should attend.

CRAFT: Spirits & Beer (CRAFT) will kick off with a trade day on Fri., Jan. 30 from noon to 3:00 p.m. followed by a consumer, Tasting Gallery Experience on Sat., Jan. 31 with a VIP tickets granting access one hour early at 3:00 p.m. and General Admission beginning at 4:00 p.m. to 7:00 p.m. The two day event focuses on trade and consumer elements ranging from panel discussions to unique pairing dinners. The second annual event will be held at the Fillmore Miami Beach, located at (1700 Washington Avenue). For more information please visit www.craftspiritsandbeer.com. Jennifer Massolo is the founder of CRAFT, which is part of The Liquid Projects.

Posted by The Chowfather at 2:48 PM No comments:

Posted by The Chowfather at 8:59 AM No comments:

Cobaya Miami experiment #47 was a return to the scene of a prior Cobaya Dinner, Khong River House. No insects were served this go round but the kitchen was hives free.

John Kunkel and his 50 Eggs team have made some very impressive additions recently with the hirings of Danny Grant, Daniel Toral and Patricia Yeo. Danny Grant delivered an Epic Cobaya Dinner recently which was an Eater Best Meals of 2014 recipient and super sommelier Daniel Toral served some great wine during Cobaya Sustain. But Cobaya #47 was all about Patricia Yeo.

You may be familiar with Patricia from her season four appearance on Top Chef Masters where she finished in the Final Four. Iron Chef fans may recall seeing her compete head to head with Iron Chef Morimoto on two occasions. First as Bobby Flay's sous followed by a solo tofu challenge in 2006.

Those who don't own a TV may recall reading the impressive Three Star review in the NY Times while she was the executive chef at AZ in NYC.

Prior to AZ, Patricia worked with Bobby Flay at Miracle Grill, Mesa Grill and Bolo. Subsequent to that she moved to San Francisco to work for Barbara Tropp at China Moon and then opened Hawthorne Lane.

Recent restaurants include Ginger Park and Om in Boston. Prior to joining the 50 Eggs team she was creative director for Lettuce Entertain You in Chicago.

Yes, she has an impressive resume and yes we were very excited to have Patricia enter the Cobaya Kitchen.

In the spirit of Cobaya, Patricia veered away from the daily menu at Khong and opted for a Belly themed dinner. Clam, tuna, swordfish, lamb and pork belly all made tasty appearances.

Big thanks to Patricia and the Khong team for participating in another experiment and thanks to all of the guinea pigs out there for your continued interest and support. Full steam ahead to Cobaya 50.