It's mind boggling that the most recent Cobaya dinner was experiment number 31. Wow! It was also coincidently held on 3.11.13 making this our first "Cobaya Palindrome."

Chef David Bracha played host at his recently opened restaurant Oak Tavern located in the rapidly improving Design District section of Miami. Many of you are probably familiar with his popular downtown spot, The River Oyster Bar.  Thirty-five hungry guinea pigs attended and it appeared that everyone left happy.

Chef Bracha was born in Israel and raised in Brooklyn, NY.  His culinary career started in NYC at the legendary French spot, La Caravelle.  He moved to South Florida in 1988 and joined forces with Miami legend Norman Van Aken at Hoexter's Market and Supper Club.  Subsequent to that, he assisted Van Aken in opening Stars and Stripes Cafe and A Mano at the Betsy Ross Hotel.

Chef Bracha opened his first spot on South Beach in 1992 with 411.  In 1995 he opened Fishbone Grill and in 2001 he opened Jake's Bar and Grill in South Miami.   He opened The River Oyster Bar in 2003 and it continues to do strong business and turn out great food including the best selection of oysters in town.

With Oak Tavern, he has created a neighborhood restaurant and bar showcasing modern takes on American cuisine.  The menu is extensive and features several small plates along with some larger format options.  I've been to Oak Tavern a couple of times outside of the Cobaya dinner and highly recommend paying them a visit.  There are a lot of interesting items on the fairly extensive menu that I think you will enjoy.

His Chef de Cuisine is Curtis Rhodes who was born and raised on the island of Oahu.  He attended culinary school in Portland, Oregon. He worked in the River Oyster kitchen for a couple of years before moving to Oak Tavern.

Chef Bracha and team nailed this Cobaya.  The menu was diverse and had a nice progression.  Every dish was executed very well and each one exhibited nice balance and restraint.  The main ingredients were elevated by their supporting cast.  Most important, every dish tasted great.


I thoroughly enjoyed this meal from start to finish.
. 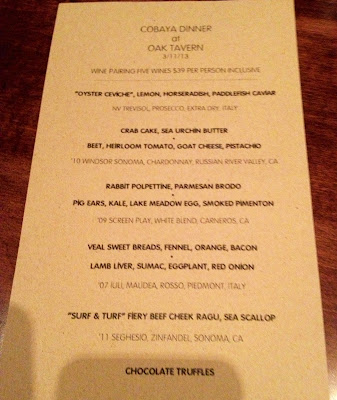 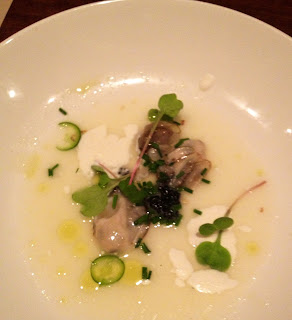 You never have to twist my arm to eat oysters or caviar.  I'm not sure where these oysters originated from but they were very nice and paired well with the caviar.  The citrus and horseradish provided a pleasant acidic "kick" to the palate. 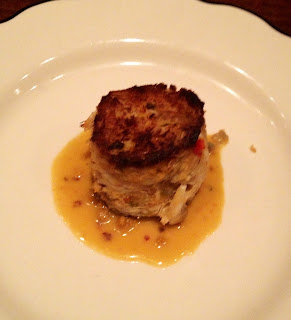 My co-conspirator David from food for thought miami was unable to attend the meeting we had with chef Bracha but asked me to relay one request, his famous crab cakes.  When I mentioned the request he laughed and said "no no I can't do that for this dinner."  Well I'm glad he did because it's a fantastic rendition that features loads of succulent crab meat which was enhanced by a delicious sea urchin butter. 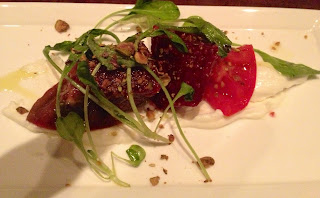 I like beets, I like heirloom tomatoes, I like goat cheese and I like pistachios.  Guess what? I liked this dish. A lot.  Fresh, simple and a refreshing change of pace for the palate. 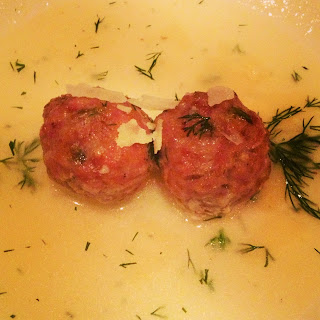 After his initial taste, my dining neighbor, Mr. Jdonn immediately blurted out "matzoh ball soup" and he was correct thanks to the dill in the brodo.   Bugs Bunny's balls were tasty.  Yeah, I said it.  In all seriousness, the rabbit polpettine was one of my favorite bites of the night.  It had a nice texture and flavor.

Chef Bracha's riff on bacon and eggs is currently on their dinner menu and a dish I would recommend ordering.  The crispy pig ears and kale topped with runny egg yolk is a delicious treat. 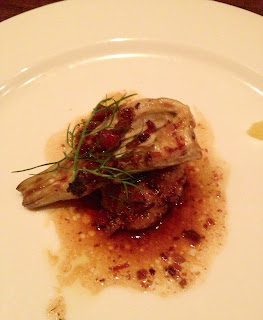 This was a knockout dish and probably my favorite of the night.  The sweetbreads were cooked perfectly and there was a great balance of flavors that really worked well for me. 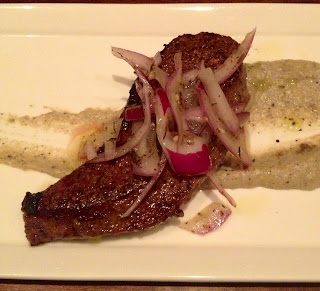 My grandmother made me liver and onions when I was a child so this brought back fond memories.  My lamb liver was tender and you knew you were eating liver for sure.  The eggplant and onions rounded out the dish. 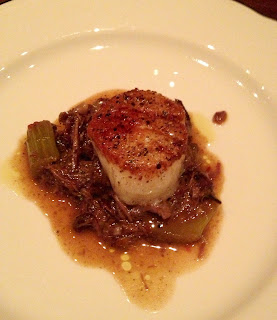 
Chef Bracha's unique version of surf and turf was another winner.  The seared scallop was flawless and the beef cheek ragu provided a flavorful and "fiery" contrast. 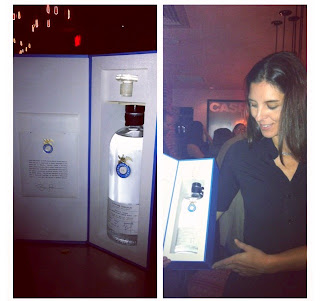 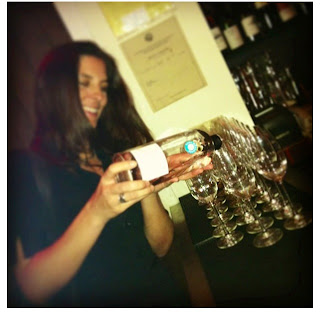 The delicious chocolate truffles were generously paired with samples of wonderful tequila from Alicia Coombs at  Casa Dragones.

Big thanks to chef Bracha and his team for a wonderful meal.  And thank you to the continued support from every guinea pig in attendance and those on the lengthy wait list.  As I've said before, if you keep showing support we will continue organizing them.