Chowfather Madness 2013!! Round One

After a year hiatus, Chowfather Madness is back with a capital B baby!!!!  The sixty-four best restaurants in Miami have been seeded and placed into brackets a la the NCAA Hoops tournament.
I've removed the seedings in order to prevent any bias from me. 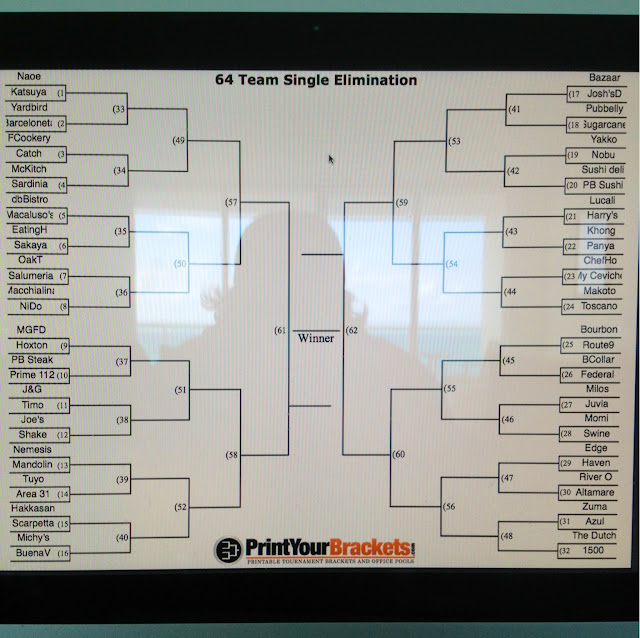