After a year hiatus, Chowfather Madness is back with a capital B baby!!!!  The sixty-four best restaurants in Miami have been seeded and placed into brackets a la the NCAA Hoops tournament.
I've removed the seeds in order to prevent any bias from me. 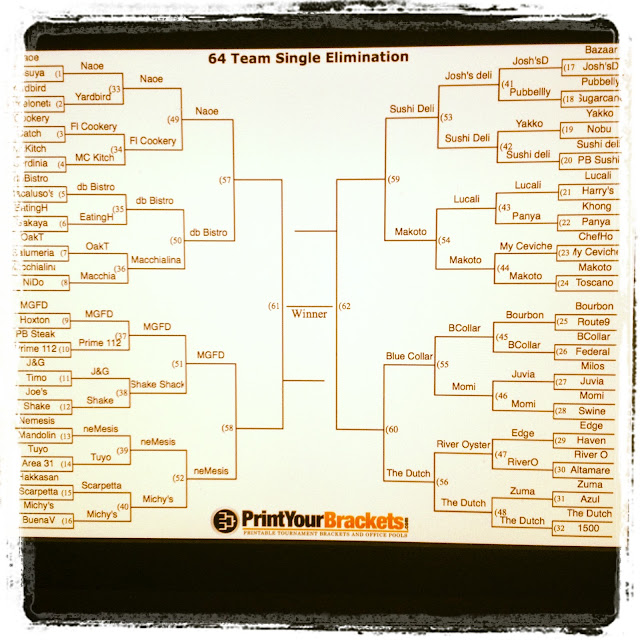 Congratulations to the elite eight restaurants that have moved on to the quarterfinals.

The poll will remain open until 11 p.m. Friday night.