As you probably know by now, Chef Schwartz has been hosting kick ass pop-up dinners with visiting chefs at Harry's Pizzeria.  I've attended and really enjoyed visits from Jonathan Waxman, Marc Vetri and Jonathan Sawyer.  Nevertheless, it was Animal Pizzeria that really made my toes tingle the moment word was leaked.  I immediately blocked off the calendar and eagerly waited for tickets to go on sale.

Vinnie Dotolo and Jon Shook have been killing it out on the west coast since they opened Animal in 2008.  Their daily changing menu is inundated with awesome sounding treats.  Looking at the menu online from time to time is self inflicted torture.  Unfortunately, I've never been out to LA so I've had to admire their work from afar despite their Florida backgrounds.

Vinnie and Jon were both born in Florida and met on their first day of culinary school at the Art Institute in Ft. Lauderdale.  They worked together under Michelle Bernstein at the Strand in Miami Beach before heading west to Vail, Colorado where they worked at Wildfire.  They eventually moved to Los Angeles and worked together again under Ben Ford and Govind Armstrong at Chadwick.  After the restaurant closed they started a catering company which they still operate.  That led to a Food Network show, Two Dudes Catering.

In 2011, they added a second restaurant to the family, Son of a Gun.

The pop-ups Chef Schwartz throws are real treats for food lovers like me.  Although I would have loved to have seen the Animal boys really mix it up with some of their more aggressive offerings, they did a fantastic job.  This was another great meal and a really fun night. 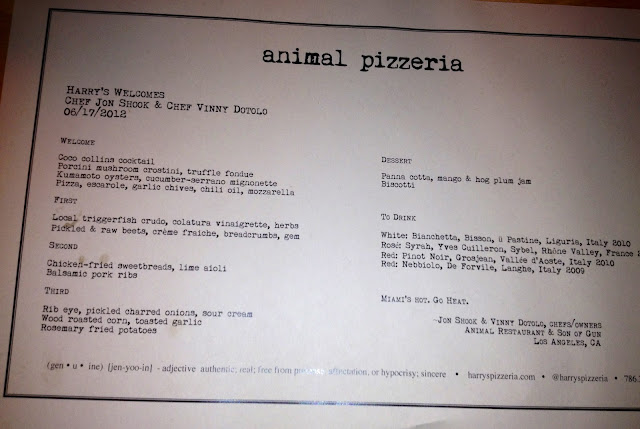 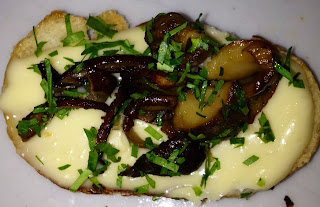 Next was one of my favorite bites of the night, a crostini topped with porcini mushroom and a terrific truffle fondue.  Not pictured was an awesome pizza with a nice kick.  It featured escarole, garlic chives, chili oil and mozzarella. 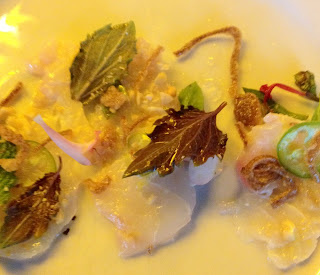 The first course was a local triggerfish crudo paired with a colatura vinaigrette and some fresh herbs. 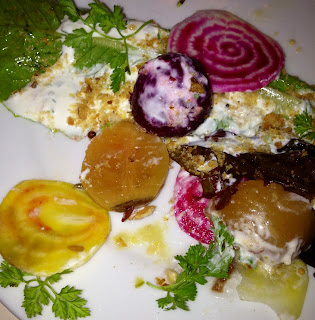 Pickled and raw beets, creme fraiche and breadcrumbs comprised one of the best salads I've had all year. I loved each component of the dish plus it came together as a whole perfectly. My picture doesn't do it justice. 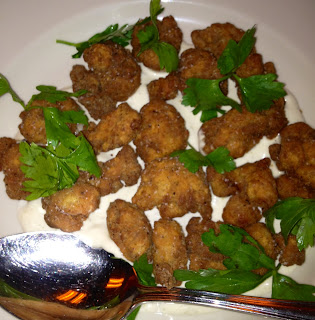 The second course started with a dish I've seen on their menu at Animal, Chicken-Fried sweetbreads with a lime aioli.  These are sweetbreads even non sweetbread fans enjoyed. 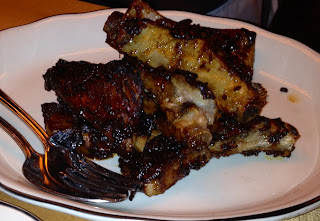 Second course part two featured another dish from their menu at Animal, balsamic pork ribs.  These were so freakin good we Jdonn demanded more. 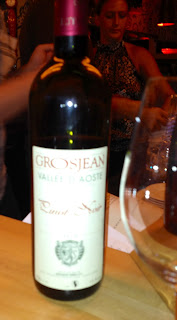 Sommelier Eric Larkee poured some nice wine all night.  Pictured above is a 2010 Grosjean Pinot Noir. 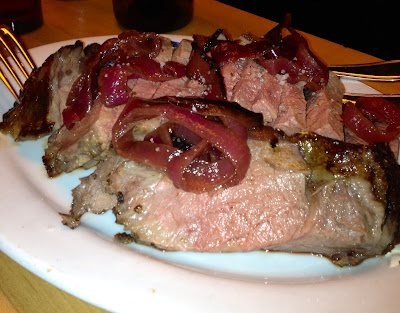 Last out of the wood burning oven were huge bone in rib-eyes topped with pickled charred onions.  I enjoyed several slices plus the meat off one of the bones.  Rosemary fried potatoes were a nice side along with some really tasty wood roasted corn with toasted garlic pictured below. 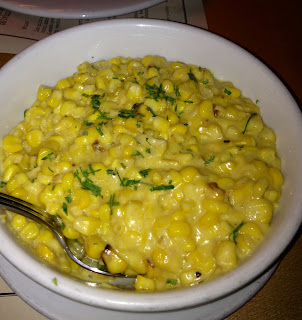 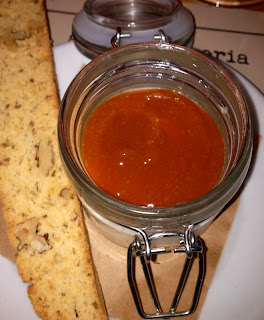 The evening ended with a nice yogurt like panna cotta topped with mango and hog plum jam.

I enjoyed meeting chef Shook after the dinner and I look forward to heading west in the near future and dominating the Animal menu..

I highly recommend attending a future pop-up dinner at Harry's Pizzeria.  You can find more information regarding future dinners and the visiting chefs here.

Posted by The Chowfather at 6:34 AM