My Ceviche opened almost a year ago in a very small spot located at 235 Washington Avenue on South Beach.  They specialize in ceviches, seafood tacos, burritos and stone crabs.  Everything is sourced locally and on a daily basis ensuring top quality and a consistently good product.


When I heard that talented chef Samuel Gorenstein was leaving his executive chef position under Michael Schwartz at the Raleigh to open a ceviche and taco stand I was rather perplexed.  I was familiar with Samuel's culinary skills as well as his impressive resume.  He trained under chef Laurent Tourondel at Union Pacific and was part of the BLT Fish team that received a three star review from the New York Times.

He moved back to Miami in 2006 to be chef de cuisine at the short-lived Centro on Brickell Ave.  He subsequently joined forces with Michael Schwartz as his sous chef at Michael's Genuine Food & Drink.

He eventually left Michael's Genuine in order to rejoin chef Tourondel at his latest BLT Steak project where he was chef de cuisine.  I enjoyed several great meals at BLT Steak during his tenure.  It was also well received by local critics including Victoria Pesce Elliot who awarded him a three-and-a-half star review.  Additionally, he was a James Beard Award semifinalist for Rising Star Chef of the Year in 2010 and again in 2011.

So why would someone with all that talent take such a drastic change of course? I don't know the answer to that question.  But I can tell you that he is still producing top quality food on South Beach and we are fortunate for that.

Many of you may be familiar with Sam's partner Roger Duarte.  Roger is responsible for the stone crab portion of the restaurant.  He is the founder of one of the largest stone crab home delivery companies in the country, George Stone Crabs.  He also has a take out counter at Miami International Airport at Gate D-17.   It takes chutzpah to try and sell stone crabs up the block from a well known-behemoth.

I have not tried any of Roger's stone crabs but as a huge stone crab fan, it is very high on my list of things to do before the season ends. 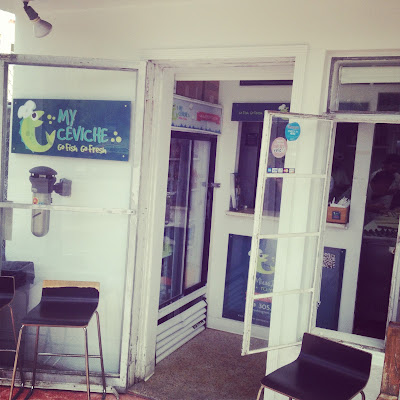 I must admit that I wasn't a huge fan of My Ceviche after my initial visit. I knew going in that it was a small place but I had no idea that the front of the house shack consisted of a counter where you placed your order and a cooler. There is no place to sit or stand inside and eat.  Moreover, there are no tables outside.  However, there is A bench. 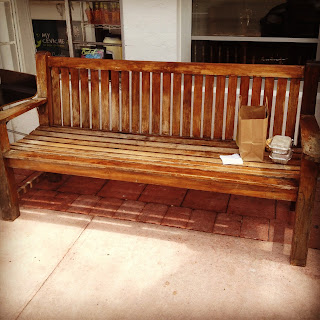 Sitting in the sun on a hot bench isn't really the best option for dining in July or August in South Beach. But a food fanatic is never deterred.  Anyway, I wasn't crazy about the initial shrimp tacos I ate but it may have had something to do with the fact that I was eating it while slumped over in the front seat of my car.  I've mastered the art of eating and driving, Sakaya Pork Buns going 75 mph  on I-95, but tacos are not car friendly even when you are parked. The tacos alone were a bad initial order. Nevertheless, I was still underwhelmed.

But a very trusted food source, Jsdonn, spoke highly of My Ceviche and specifically praised the octopus burrito.  I'm not a burrito fan at all.  But I agree with Jsdonn when it comes to food approximately 99% of the time. Although I still can't figure out why he loves Chucky Cheese so much but that's his problem. 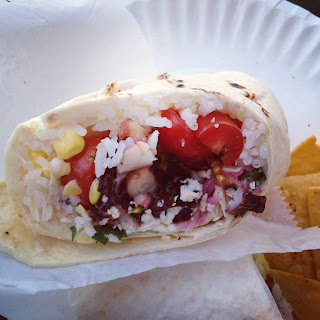 Wow! He wasn't kidding.  The octopus burrito is fantastic and easily the best things I've had at My Ceviche. This is not Nacho Libre or Esqueleto's burrito.  These are done "Caribbean style" and  feature wonderfully fresh pieces of perfectly prepared octopus along with delicious coconut jasmine rice, cilantro, pickled red onions, queso fresco, corn, Mexican crema (suspect, I know) and a grilled flour tortilla.  Dynamite dish period. 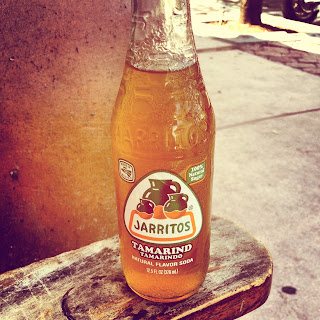 Jarrito's Tamarind soda was a refreshing and interesting liquid beverage. 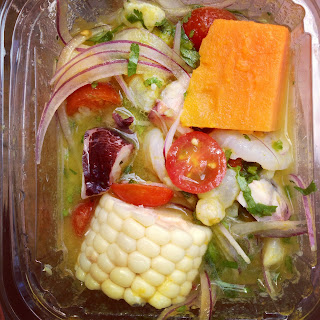 On a recent visit I really enjoyed a corvina, octopus and shrimp ceviche paired with a very tasty aji amarillo sauce which included Florida citrus, tomato, mint and red onions.  The seafood was extremely fresh and the aji amarillo provided some nice contrasting flavors that worked well together.  Sweet potato and yellow corn rounded out the dish.

It should be noted that you can select from six styles of ceviches, Asian, Caribeno, Crema de Ricotto, Tradicional, Coconut and Aji Amarillo. You also get to select from shrimp, octopus or the local fish of the day or combine the three like I did for an additional $1.95. 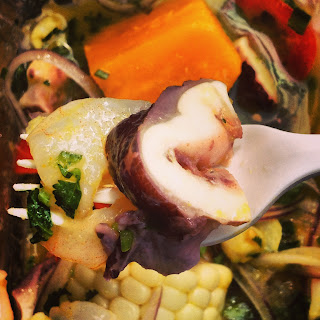 Pristine pieces of shrimp, corvina and octopus up close. 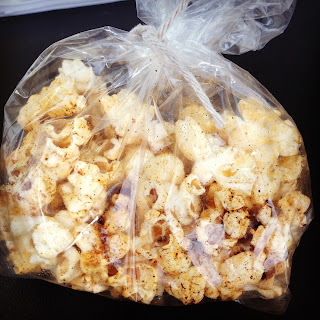 Every order of ceviche is accompanied by bag of spicy popcorn. 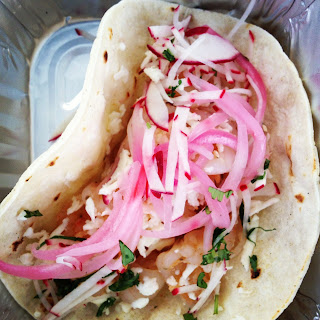 I had to give the tacos another shot and specifically the shrimp taco.  This go round, I opted to eat and enjoy the taco on the bench. Big improvement.  I topped it with a lime roasted jalapeño mayo. 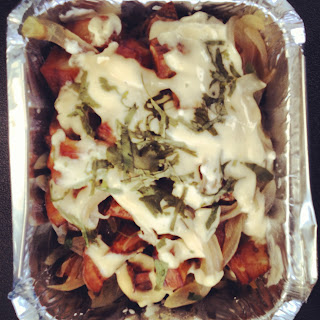 Crispy hush browns with mustard sauce is the perfect side dish for some stoneys. 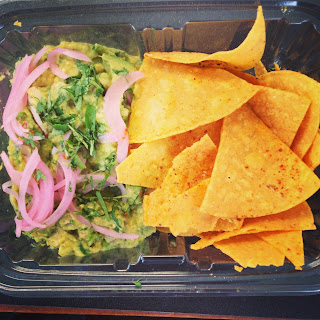 I've had better guacamole and chips but these were still fine.  Plus they are free if you place an order online and spend more than $20.00. 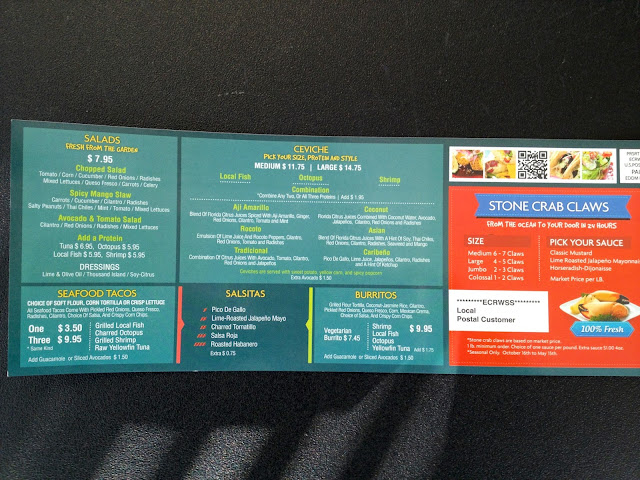 Fresh local fish, fresh local ingredients and fresh flavors at affordable prices are a winning combination in my book.  Delivery is available and it's the perfect take out place after spending the day on the beach and in the sun. Or say hello to my little bench friend.

I am a My Ceviche fan.  And I think you will be too.