After enjoying yet another fantastic omakase sushi experience at Makoto I realized that I've never actually written a dedicated post about it.  Yes, I wrote about a wonderful one on one sushi feast with chef Makoto Okuwa which ended up being my thirteenth best meal  of 2011.  And yes, I recently  ranked them the second best sushi spots in South Florida.  Additionally, they have always been ranked very high in my "tiers of excellence" but this is the first post.

Makoto is part of restaurateurs, Stephen Starr's successful empire.  You may be familiar with Morimoto, Buddakan, Alma de Cuba, Barclay Prime, or even Steak 954 in Ft. Lauderdale.

Chef Makoto Okuwa is part of the Starr stable having trained under the legendary "Iron Chef" Morimoto in Philadelphia.  Makoto was behind the sushi bar on most of my prior visits but the baton chopsticks were recently passed to another Morimoto  protégé, Yoshi Migita.   It should be noted that Yoshi knows a thing or two about pasta since his first job out of culinary school was with Marc Vetri and Jeffrey Michaud at Osteria.  I'm going to start lobbying for some uni and ikura filled raviolis.

Have no fear if Makoto or Yoshi aren't there.  The sushi bar is stocked with several talented sushi chefs.

I enjoy going to Makoto and sitting at the sushi bar and allowing them to select the progression.  However, Makoto's non sushi items are fantastic as well.  There are numerous items I'd recommend including Fire and Ice Oysters, Kobe Beef Carpaccio, Toro Tartare, Tuna Air Bread, Spicy Tuna Crispy Rice, Frosty Kobe Fried Rice, and the Robata Grill offerings.

Back to the sushi.  They not only source the finest quality sushi from Japan and other spots around the globe but they also serve unique fish. Plus, Makoto, Yoshi and team each provide subtle tweaks to the pristine fish that elevates it to another level.  Some sea salt here, a touch of garlic there or maybe some sweet kombu too.

Makoto is easily one of the best restaurants in Miami.  Hardcore sushi lovers will be happy sitting at the sushi bar while maki (roll) fans will also be very happy too.  The non raw fish lovers in the group will also be pleased by their other offerings.

My latest omakase was fantastic from start to finish and featured some new items I haven't had there before. 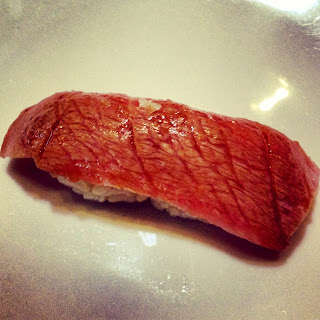 Yoshi came out strong right out of the gates with one of my favorite bites, Chu-Toro, which is a fatty part of the tuna near the belly area.  Yoshi topped it with with a touch of sea salt to enhance this melt in your mouth fatty treat. 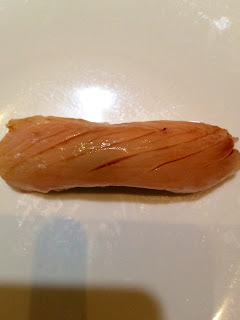 Round two was a very nice piece of Kanpachi (amberjack). 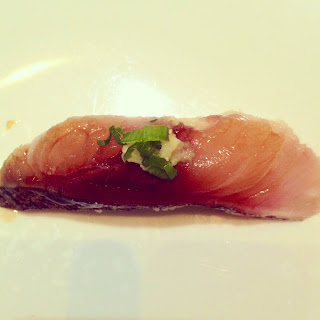 Shime Saba, cured mackerel, is a favorite of mine and Yoshi served a dynamite piece. 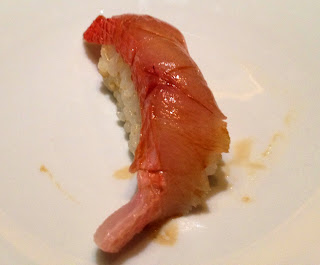 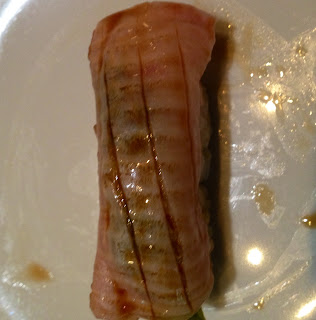 A new item for me and one I hope to see again, Engawa, which is apparently a cut near the fluke's fin.  This was a treat for sure. 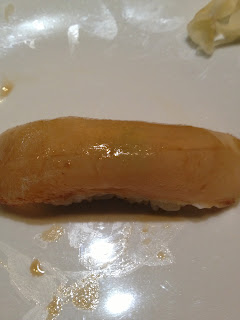 Yoshi followed up with another rare and delicious treat, Hay-Smoked Ono. (Wahoo) 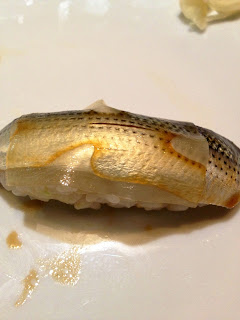 The hits kept coming. Next was a perfect piece of Kohada (Japanese Shad) topped with sweet kombu. 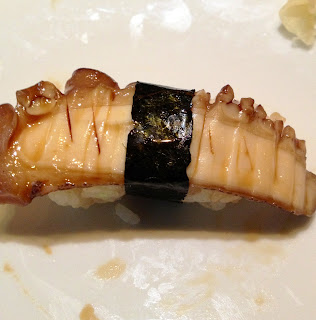 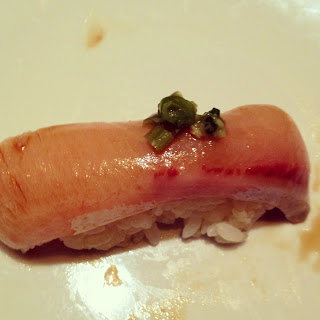 This dynamite piece of  Hamachi Belly blew me away. 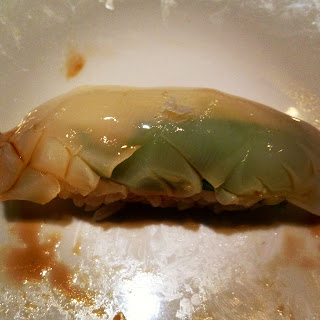 Yoshi's Ika (squid) was as good as I've had. 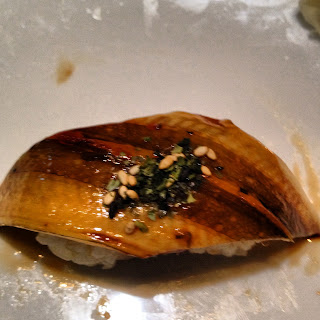 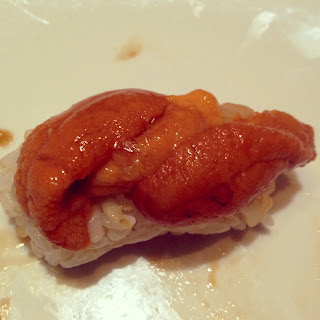 A+ uni from Japan. 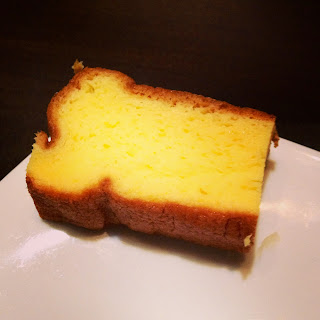 An interesting and good pound cake with shrimp. 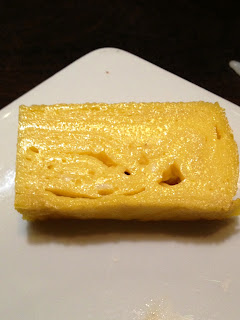 If you are a Tamago fan, you must order theirs. 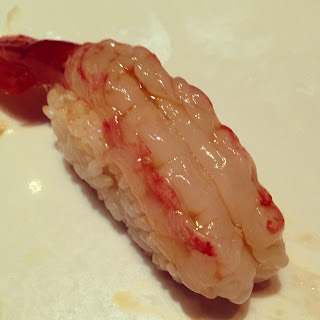 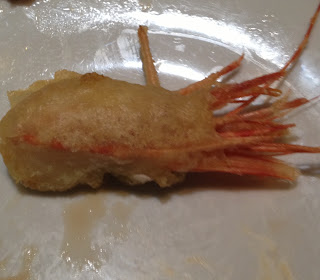 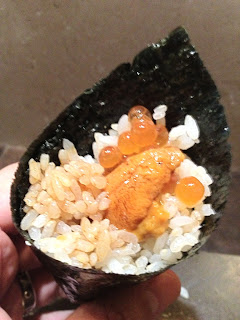 My last bite is always a real treat, Ikura and Uni hand roll.

Looks amazing - what did that cost? Makoto isn't inexpensive to begin with, and those offerings look top notch!