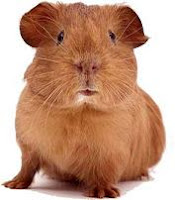 Fifty gourmet guinea pigs gathered at the recently opened and super sharp spot Shikany for Cobaya experiment 43. This was a departure from our normal dinners because we had 7 chefs from 6 different restaurants in the kitchen. It was an impressive lineup and a wonderful night.

Chef Michael Shikany welcomed his fellow chefs with open arms and allowed them to go wild in his brand new kitchen. He also conceptualized the menu and made sure that the nine courses resulted in a balanced tasting menu. Prior to the dinner, he assigned each chef with a different custom spice from La Boite to incorporate into their dish.

This wasn't a competition so I will refrain from making any dish of the night comments here. But I will tell you that I thoroughly enjoyed the meal from start to finish and was very happy to see each chef bring their A game.  I would highly recommend paying each chef a visit at their respective restaurants.

The setting was ideal for Cobayapalooza as diners had a direct view of the open kitchen and chefs all night. It was definitely a cool sight. It was impressive to see each chef hustling all night making sure every dish was plated just right for each other.

All seven chefs along with the entire staff at Shikany made this a very special night for food fans. There was a noticeable buzz in the room all night as guests excitedly awaited each course to be served.

Huge thanks to Michael Shikany and his entire crew including his pastry chef Jill Montinola. And to Timon Balloo, Danny Grant, Diego Oka, Mathia Gervais and David Sears for serving some fantastic food.

Additional thanks to Alexis Knapp of Rockaway pr for making sure this went down. Jaylan Ochoa too.

And thank you to all of the guinea pigs out there for your continued support and enthusiasm.

The calm before the guinea pig storm. Three long communal tables with views of the open kitchen were the perfect setting.

Before opening Shikany Michael was running a catering and consulting company. Prior to that he spent several years working under Cindy Hutson at Ortanique on the Mile and Jean Paul Desmaison at La Cofradia. His resume also includes stagés at  L’Ecole, Le Bernardin, Babbo, Tao and Gramercy Tavern.

Prior to joining SushiSamba, David was chef de cuisine at Temple Orange at the Ritz Carlton in Palm Beach. Prior to that he was executive chef at The Bull & Bear in the Waldorf Astoria in Orlando. While there they received AAA Four Diamond Awards in 2011 and 2012. Prior to that he was in the kitchen at Cafe MoZu at the Mandarin Oriental in Washington D.C.

David has degree in Aerospace Engineering and Business Management from Georgia Institute of Technology. I smell a future Cobaya in space....

Diego was born and raised in Lima, Peru and has a Japanese and Peruvian background. While attending culinary school he interred at Gaston Acurio's Astrid & Gaston which has been ranked one of  The World's 50 Best.

Diego remained with Gaston and has served as executive chef at other La Mar locations, starting with the original Lima restaurant in 2005 and followed by Bogota, Colombia and San Francisco, CA.

Before becoming the executive chef at both restaurants located at The Setai hotel, Mathias worked at five Michelin star rated restaurants in France, Italy and Monaco. He has worked with chefs Annie Feolde, Joël Robuchon, Christophe Cussac and Takeo Yamazaki.

Timon delivered a fantastic dinner a couple of months ago for Cobaya 41.  You can read more about that meal and him here.

Danny earned two Michelin stars in 2011 and 2012 at his Chicago restaurant RIA.  He also earned a four star review from the Chicago Tribune.  In 2012 he was Food & Wine Magazine's Best New Chef.

Prior to joining Shikany, Jill spent several years working for SushiSamba in New York, Las Vegas and Miami including Sugarcane Raw Bar Grill. She also worked under Frédéric Robert at Okada and Wing Lei Restaurants at the Wynn Resorts in Las Vegas.

The CobayaRazzi takes one last shot.
Posted by The Chowfather at 10:04 PM