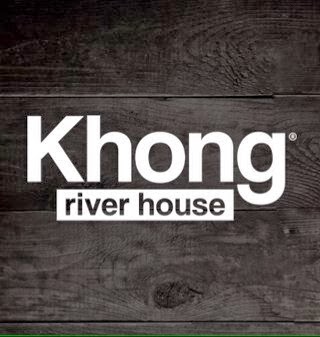 I was very excited when Khong River House announced that they were hosting a dinner with Chef Jason Wang. Jason along with his father currently own four popular restaurants in Manhattan, two in Flushing and one in Brooklyn.  Although I never visited any of his spots, I was very familiar with Jason and Xi'an Famous Foods because they were featured on Anthony Bourdain's No Resrvations as well as Andrew Zimmern's  Bizarre Food America.

The original Xi’an Famous Foods opened in 2005  inside a basement stall in the Golden Shopping Mall in Flushing, N.Y.  They featured the cuisine of Xi’ which is situated in the northwestern region of China and combines Chinese and Middle Eastern Flavors. Cumin, chili and Sichuan peppercorns dominate.


Their signature hand-ripped "biang biang" noodles are the draw along with secret spices and their lamb burger.

The dinner was a collaboration with the Khong kitchen doing some of their dishes too.  This was my first visit to Khong since Chef Bee left and I enjoyed it.  It was also fun experiencing the meal with Wok Star and Frodnesor

Jason pulling and slapping the noodles on the table prior to hand ripping them.

The night started with a dish from Jason that had some nice heat on the back end of it. The Spicy Mungbean Jelly was served cold and paired with a spicy Sichuan Bean Sauce. I liked the texture and the heat in this one.

Dish two featured a Burmese Noodle Wrap from the Khong kitchen.  It featured roasted dried red chili, peanuts, palm sugar and lemon juice mixed with chopped cilantro and culantro.  It was paired with a sweet black soy sauce and Sriracha.

A light and clean Tiger Vegetable Salad hit the table next. Cilantro, green peppers, green onions and celery were dressed in a sesame vinaigrette.

A nice Spicy Papaya Salad moved us into the main section of the menu.

A Salt Crusted Local Snapper was cooked perfectly with nice moist pieces of meat. The Nam Jim Ta Laey dipping sauce added some great flavor to the dish.  I recommend ordering this dish on your next visit.

The finished product was an outstanding bowl of noodles. I now know why their Spicy Cumin Lamb Hand-Ripped noodles are famous.  The noodles were perfect on their own and the combination of spice and lamb really made the dish special.  Jason sauteed the lamb with onions, garlic and scallions with their secret spices and then mixes in the hand ripped biang biang noodles.

The Pandan Egg Custard with Mango was a nice was to follow the last savory dish and end the great meal.

Posted by The Chowfather at 4:54 PM

Thx for nudging me to attend this dinner and giving me a mention! Must agree Jason's hand pulled noodles were the best dish that night! Best was sharing it with 2 foodies! Nice to catch up.