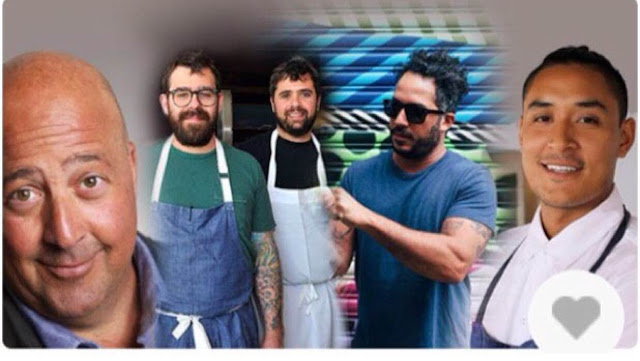 Cobaya Miami "experiment" #59 went down on February 25, 2016 as part of the enormously popular and successful South Beach Wine & Food Festival.  HUGE thanks to Lee Schrager, founder and director of the festival, for his continued support and for inviting us to participate in this super celebration of wine and food. Additional thanks to Chef Alex Chang of the Vagabond for playing host, curating the dinner and helping assemble an all star lineup of chefs.  It should be noted that Alex previously delivered a home run meal for Cobaya Miami #53. 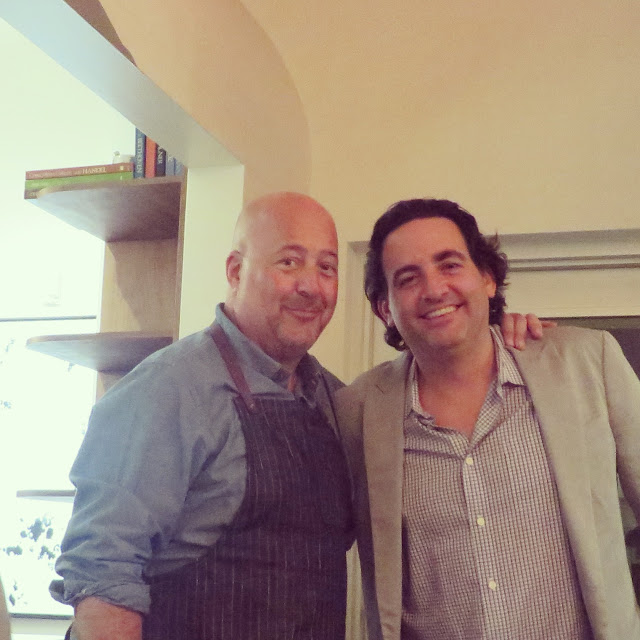 A real highlight and treat for me was having TV Star and CHEF Andrew Zimmern in the kitchen for his second Cobaya Fest dinner.  Also in the house were Jon Shook and Vinny Dotolo of Animal, Son of a Gun, Jon & Vinny's, Trois Mec, and Petit Trois in Los Angeles and Carlo Mirarchi of Blanca and Roberta's in Brooklyn.

The Vagabond Hotel was the perfect spot for this fun filled event.  The night started with a reception at the poolside bar featuring wine from the Bodegas Lustau portfolio along with a special sherry cocktail, Kissing the Gunners Daughter, comprised of Lustau Manzanilla Sherry, Pimm's No. 1, simple syrup, lemon juice, topped with grapefruit soda garnished with mint bouquet, cucumber, raspberry, blackberry and strawberry.

The reception also featured some great bites. Alex started the night with a Shaved Ribeye with black sapote, burnt eggplant in a nasturtium leaf and Snap Peas with leek oil and goat's milk. (Unfortunately I was running around and did not get good shots of either dish but was fortunate to grab them...) Pictured below is Andrew's awesome Oyster Vichyssoise and Jon & Vinny's Hamachi Taco. 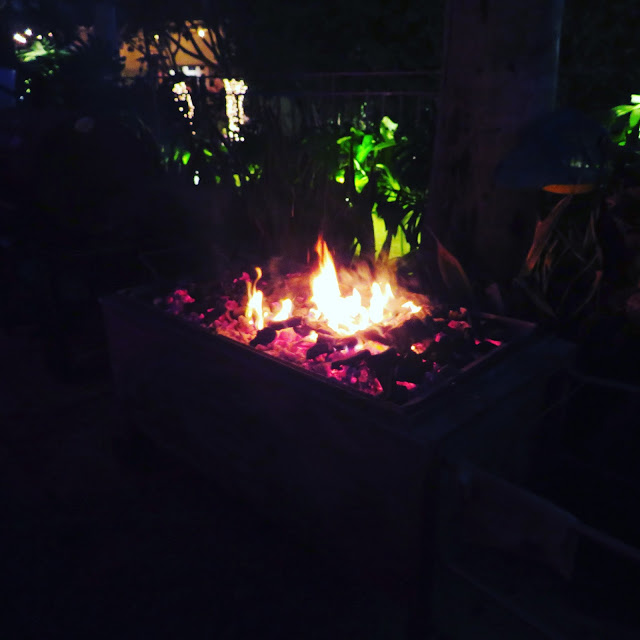 Alex brought some Miami flavor to the night via the La Caja China. Great for the guniea pigs in the house not so great for the suckling piggies. 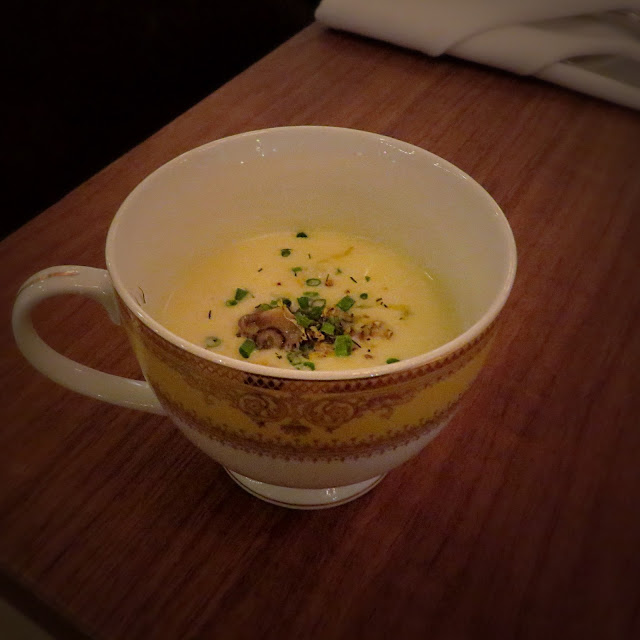 Andrew's vichyssoise featuring citrus-cured oysters was so good I had to grab two. Okay four.... 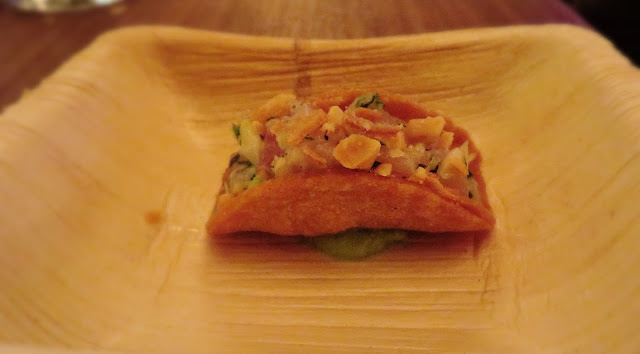 An awful shot of a fantastic bite from Jon & Vinny.  It popped with flavor and was enhanced by the great crispy crunch. 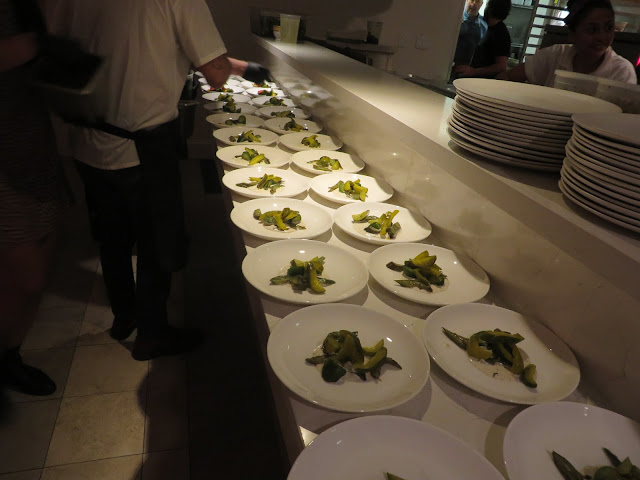 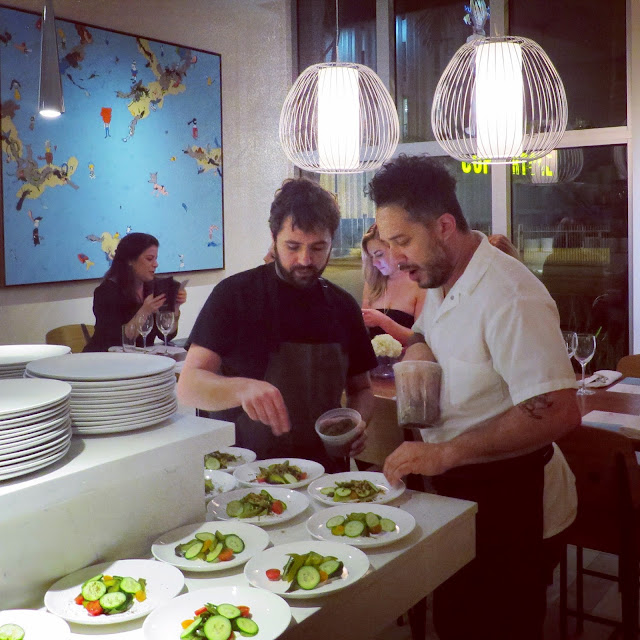 It's always cool to see chefs helping other chefs get their dishes out at collaborations like this. But an extra hat tip to Carlo who was hustling all night. 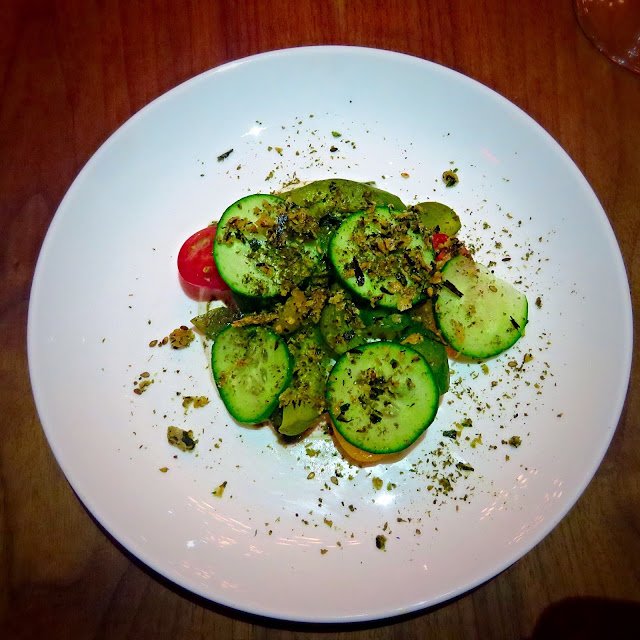 Cucumbers, pickles, za'atar, ranch dressing. Yes, there were a lot of tasty things going on in this dish. 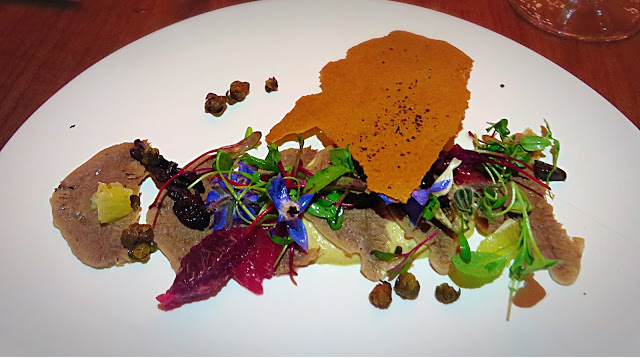 Of course Andrew slipped the tongue in on us....and didn't tell the crowd until they were almost done. Bam! 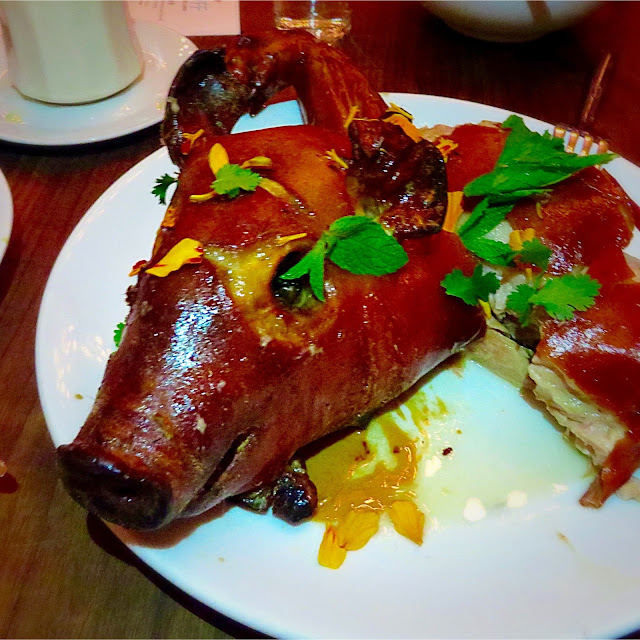 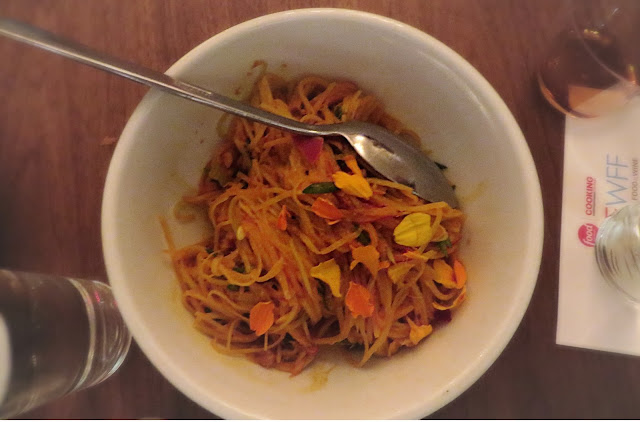 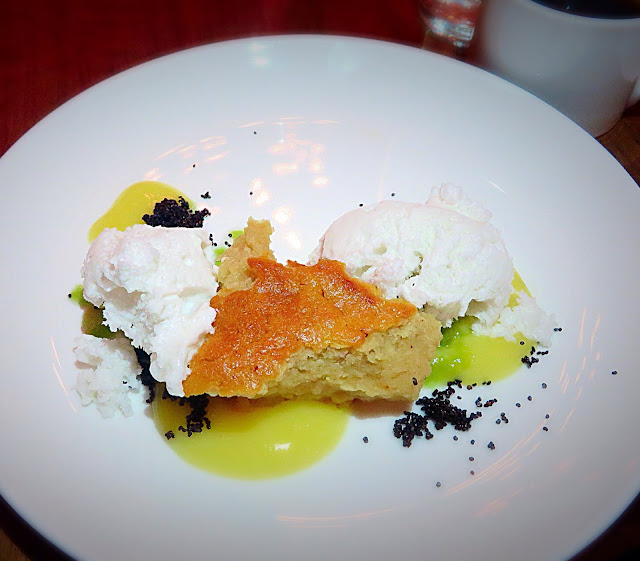 Home Run dessert. This was a really wonderful ending to a very sweet night.

Thanks to all the local and loyal guinea pigs in the house and thanks to all of the adventurous festival fans for coming out.

Posted by The Chowfather at 9:04 AM