Cobaya Miami experiment #53 was a knockout. It featured 25 year old rising star, Alex Chang, the youngest chef to enter the Cobaya Kitchen. It was an impressive display of culinary vision and skills from start to finish. Make no mistake, this 25 year old is a special talent.

I recently wrote about Alex and his new spot, Vagabond Restaurant & Bar located on Biscayne Blvd. in Miami's MiMo District so I'll keep this brief. In a nutshell, Alex was a natural fit for a Cobaya Dinner. While we were organizing underground and experimental dinners in Miami, he was doing similar things out on the west coast. Except he was doing the cooking and running a popular underground restaurant out of his apartment while attending USC. It subsequently became the subject of an entertaining documentary called Paladar.

Alex's dishes are diverse. He's clearly tapped into his Mexican-Chinese background along with his worldly travels for inspiration and innovation. Subsequent to graduating from USC he moved to Japan where he worked at one of the The Worlds 50 Best , Les Creations de Narisawa in Tokyo. He followed that up with stints at prestigious spots, Pujol in Polanco, Mexico, In De Wulf in Heuvelland, Belgium and Animal in Los Angeles.

Alex's Cobaya Dinner was a thoroughly enjoyable meal. It was creative, featured wonderfully balanced flavors and exhibited finesse. His execution was sharp, his progression was proper and most importantly everything tasted really great.

He can flat out cook. Alex is already one of the best chefs in town. Go pay him and his talented crew a visit. 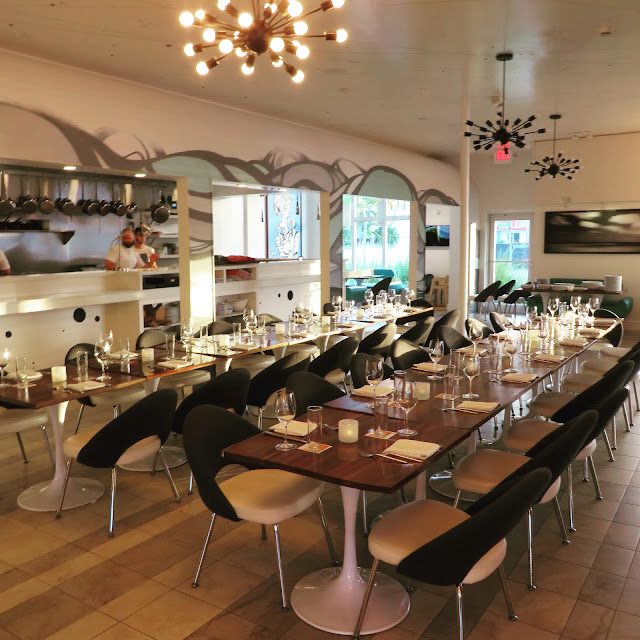 The calm before the guinea pig storm. 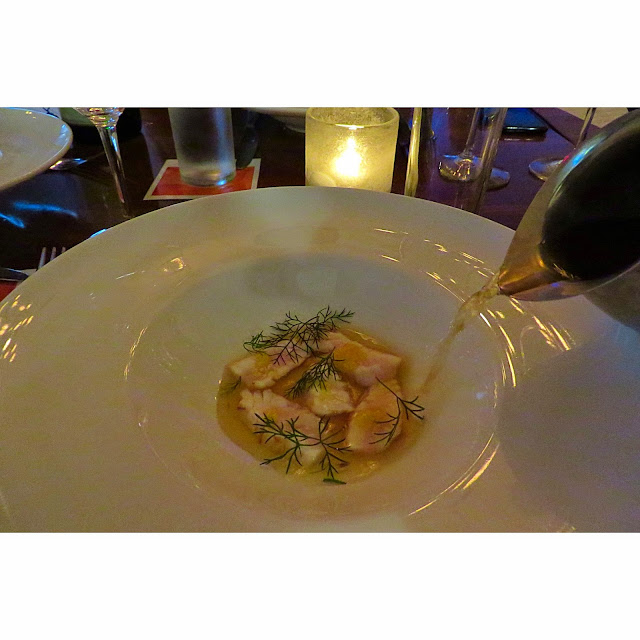 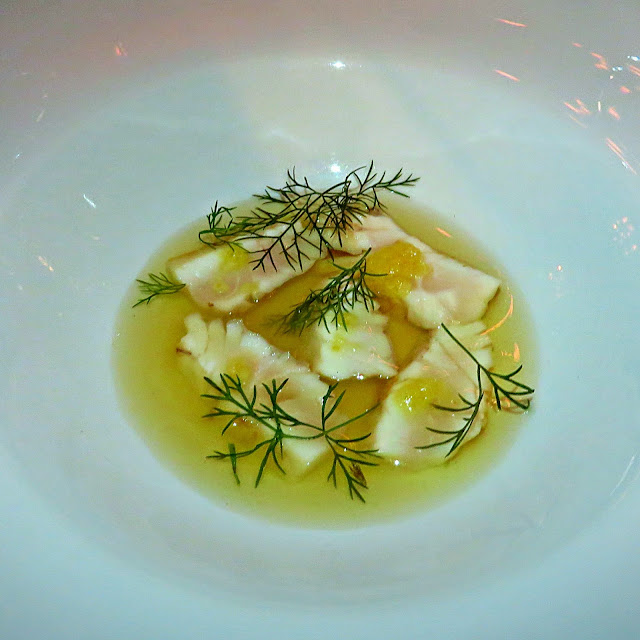 Alex seared the triggerfish rare and paired it with a charred onion and kombu dashi. It was topped with key limes that were salt cured for 30 days and pureed with honey and brown butter.  A very flavorful start. 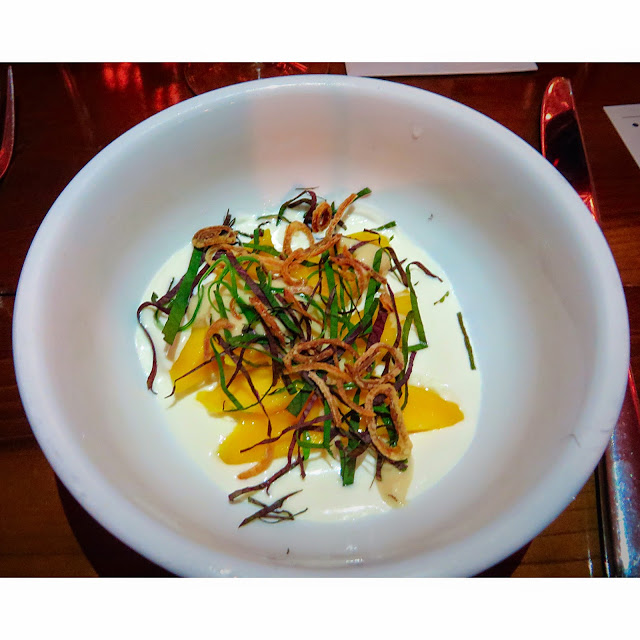 
This may have been the dish of the night.  The wonderful mangoes were foraged from Lemon City Park and salted for three weeks and then dried for two days.  They sat on a delicious soy milk yuzu panna cotta.  It was topped with umeboshi made from green mangoes and finished with julienned shiso and scallions and fried shallots. 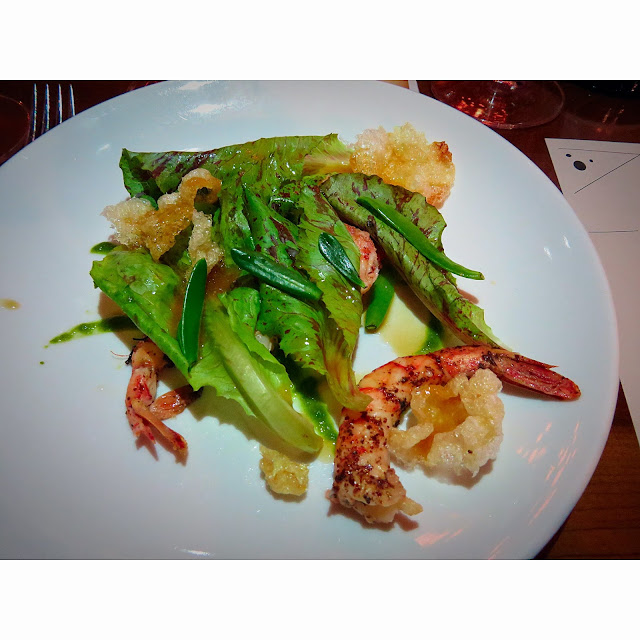 This was another outstanding dish.  Here, royal reds from the gulf of Florida were seasoned with salt and dried sargassum foraged in Key Biscayne.  They were paired with a green puree made from Key Biscayne sea purslane.  Alex finished the dish with speckled romaine, beef tendon chicharron, brown butter chicken jus and pieces of raw sea purslane. Boom. 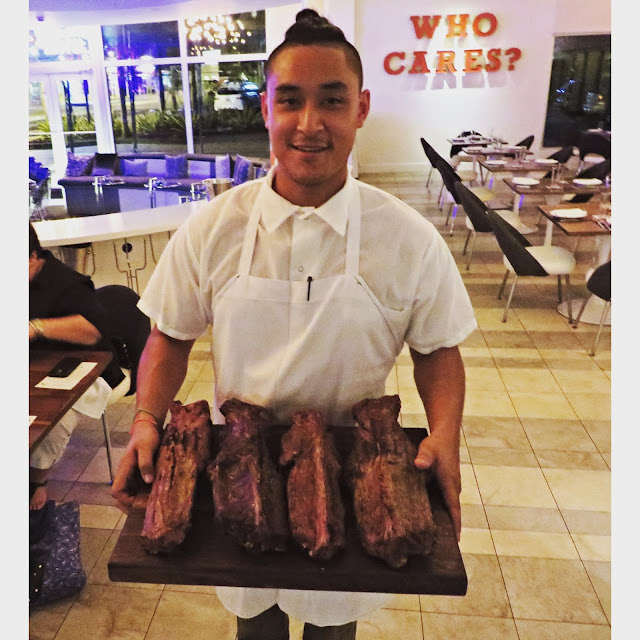 Goat loins in the house 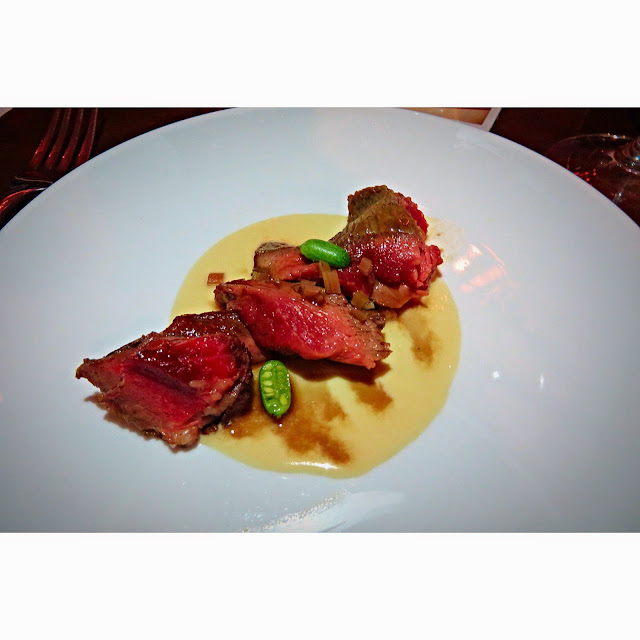 Alex cold smoked and then grilled the goat loins.  A goat jus was made from the carcasses of goat, veal stock and finished by blending mulberries and a house-made mulberry vinegar.  It was paired with reduced goats milk and finished with fermented swiss chard stems and mouse melons. 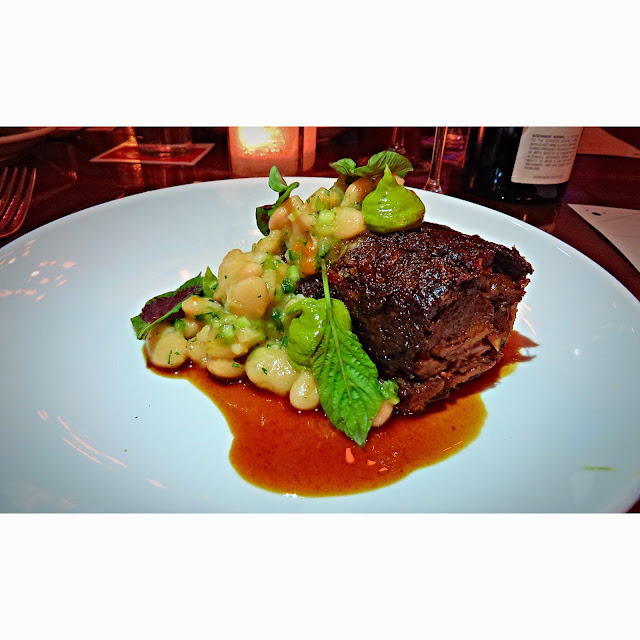 This dish featured the legs, shoulders and necks that were braised in guajillo chilis, maguey leaves, onion and garlic. Once ready, the meat was rolled into a torchon and seared on the plancha. It was paired with a cold bean salad consisting of cassoulet beans, cucumber, serrano chili and lime juice. Guacamole and amaranth leaves rounded out the dish. 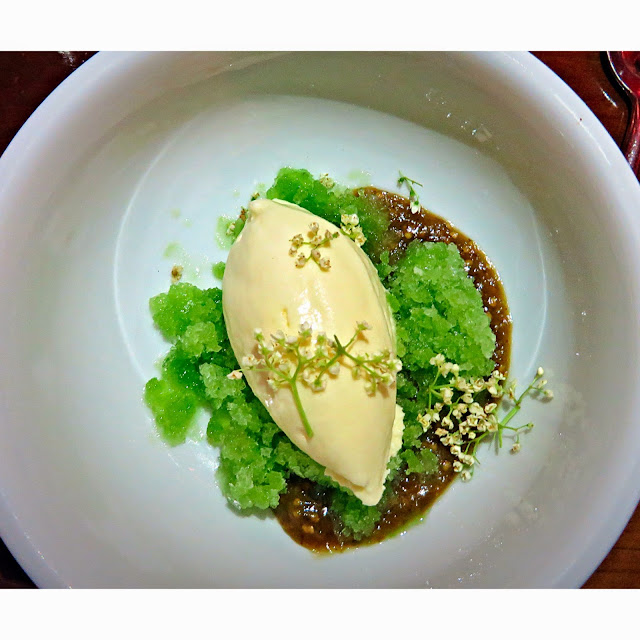 Chef Alex's dessert may have stolen the show.  It was a tasty and refreshing combination featuring a trifecta of elderflowers.  Reduced whey and elderflower ice cream sat atop tomatillo jam and was paired with a cucumber and elderflower granita.  Fresh elderflowers were sprinkled on top. Bam. 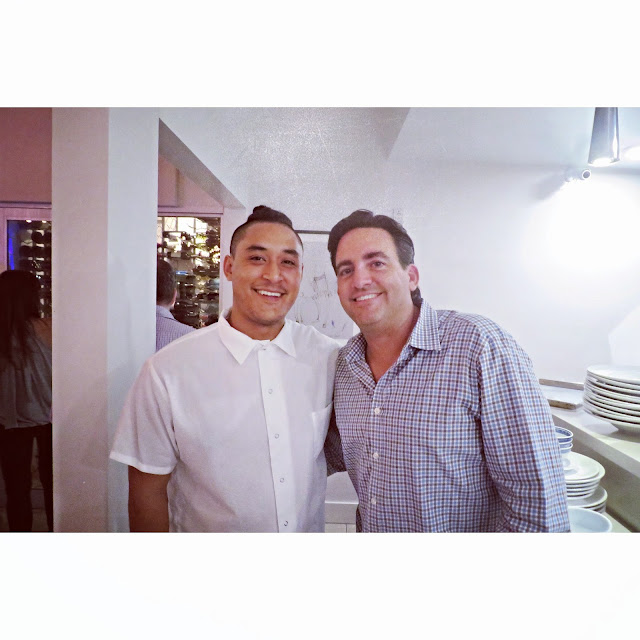