Cobaya in the Sky with Chef Aaron Brooks 7/8/15 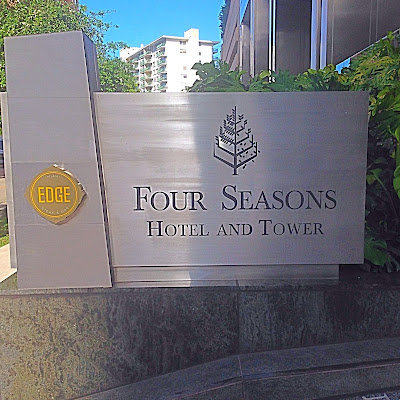 The Four Seasons was the scene of the latest underground Cobaya Dinner. Experiment #55 on 65. Super Chef Aaron Brooks from Edge Steak & Bar was in the kitchen for Cobaya in the sky which took place in a condo on the 65th floor that featured fantastic views of Key Biscayne and Miami. It should be noted that it was also a preview for a series of pop-up "Undercover Dinners"  the Four Seasons will be doing in August.

This was Aaron's second foray into the Cobaya kitchen as he was responsible for the super Southeast Asian themed Cobaya 23 a/k/a Cobaya Dundee. 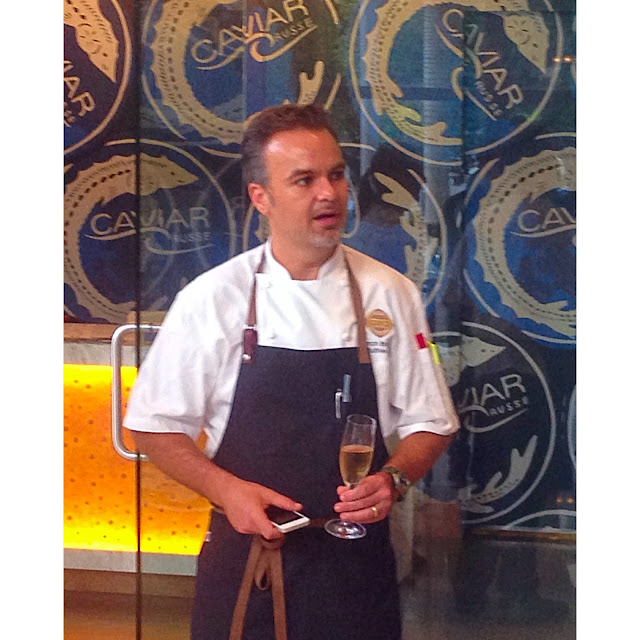 When people ask me who the best chef in town is, Aaron Brooks is always one of the first names to roll off my lips.  He is a really well rounded and super talented chef.  He'd be hard to beat on a show like Top Chef because of his versatility and solid execution. He's also a very likable guy mate.

I've enjoyed several diverse meals cooked by Aaron since his arrival in Miami a few years ago.

Three of those meals made my Best Meals of the Year List.  You can read more about those Here, Here and Here. Additionally, Edge Steak & Bar always ranks high on my Best Restaurants in Miami rankings.  I've also been really impressed with his back to back showings at Cochon 555 including his  win in 2013.

So yes I am a big fan and yes I was really looking forward to Cobaya 55.

The evening started in the lobby of the hotel where the guinea pigs were greeted with champagne and some delicious snacks. We were then escorted to the residential tower and up to the 65th floor.

As expected, Aaron went all out for the dinner and delivered an outstanding meal. He's passionate about charcuterie and prepared a cold and hot platter which contained some really unique and special bites. The foie gras, chicken liver and truffle pate may have been the bite of the night. The warm tasso ham and chorizo verde flautas were in the mix too.

The best dish of the night was an incredible Roasted Rabbit. It was stuffed with Thai sausage and paired with a flavorful green curry. This was a real home run.

It was a great night and a special meal. Big thanks to Aaron and his entire team including his underrated executive sous chef Jose Gamez and to the Four Seasons.  And big thanks to all of the guinea pigs out there for your continued interest and support. 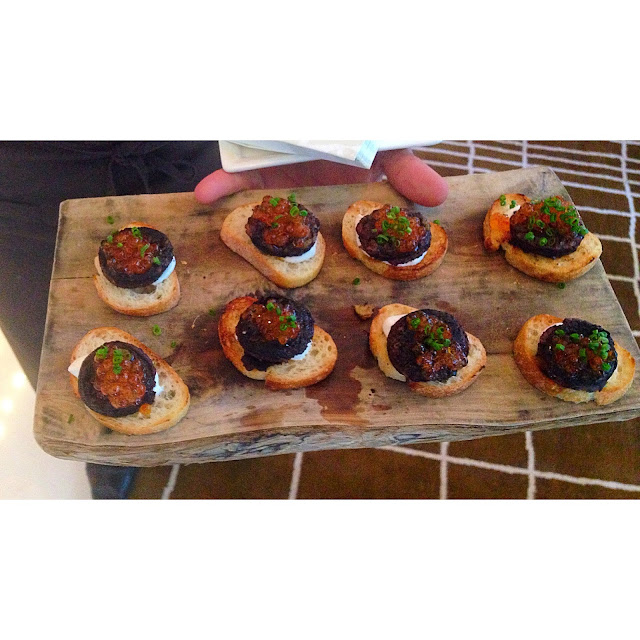 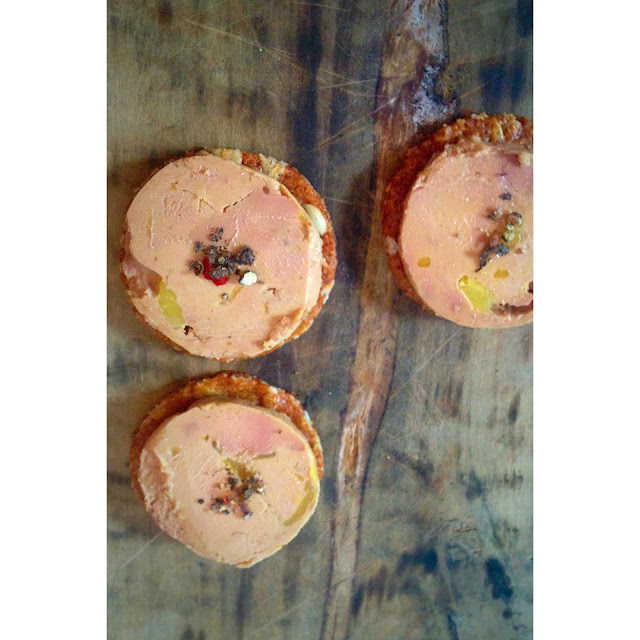 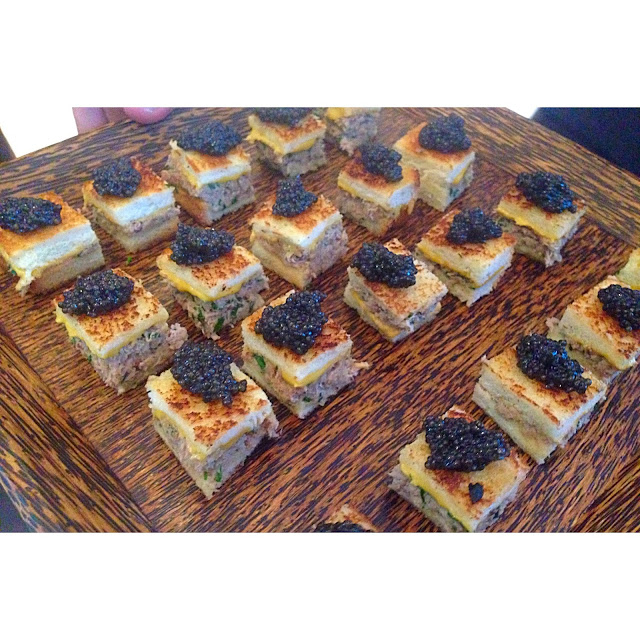 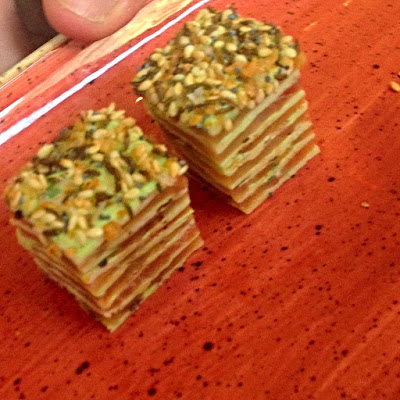 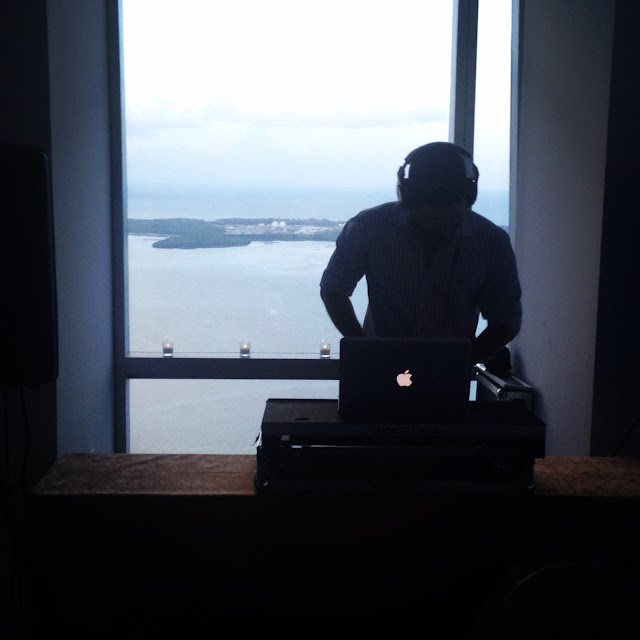 Cobaya in the Sky! with a DJ. 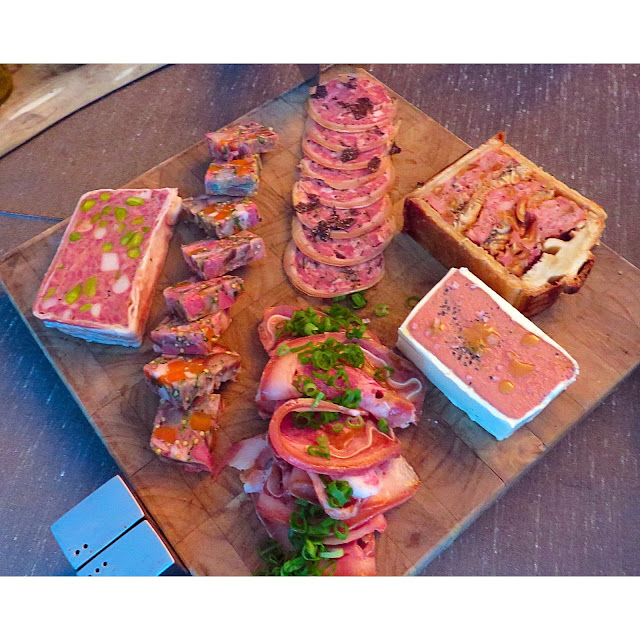 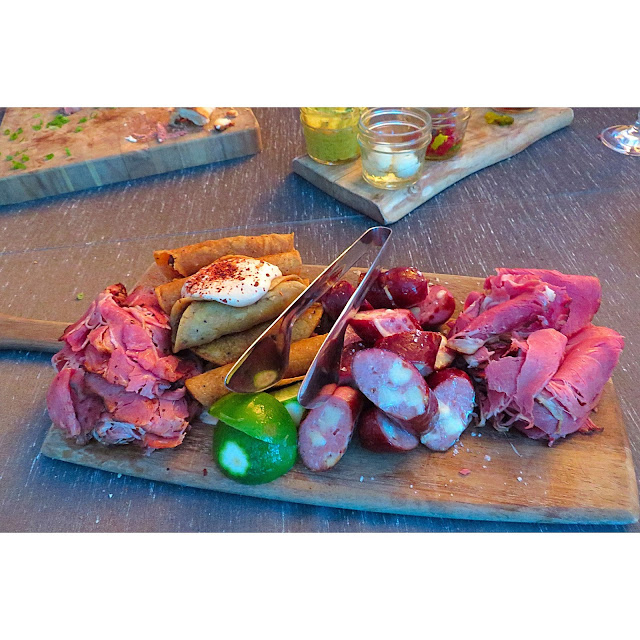 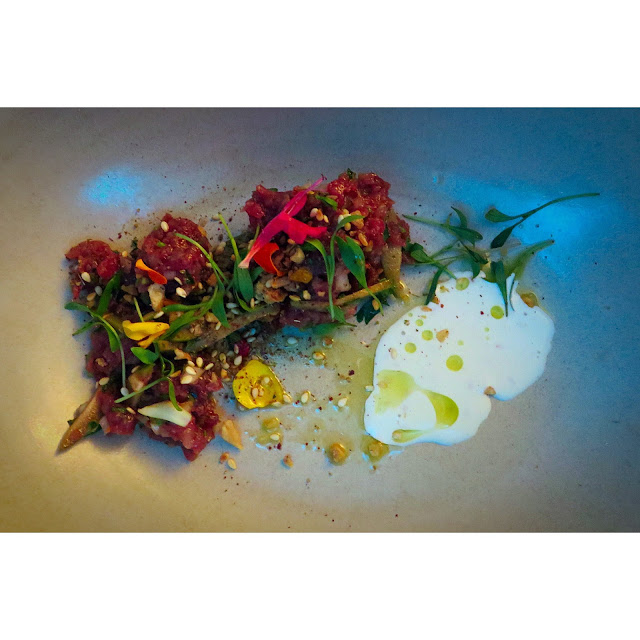 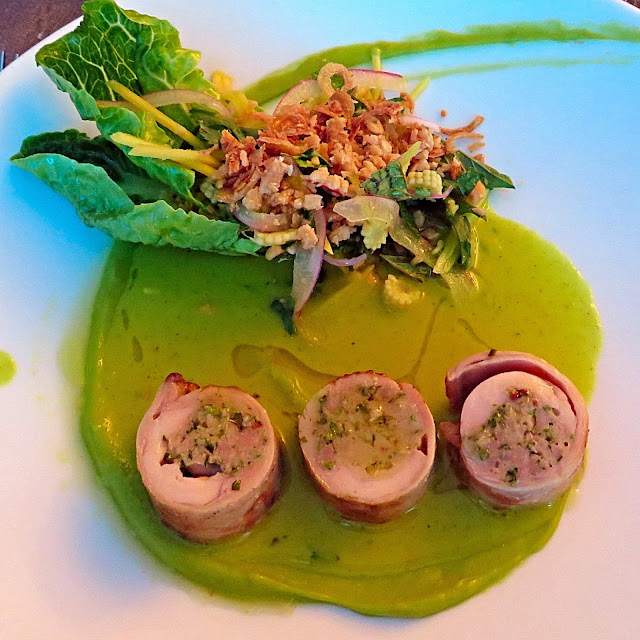 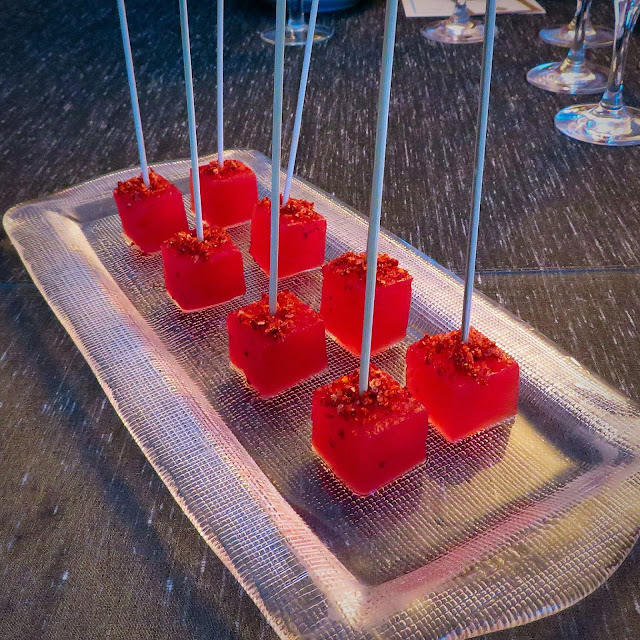 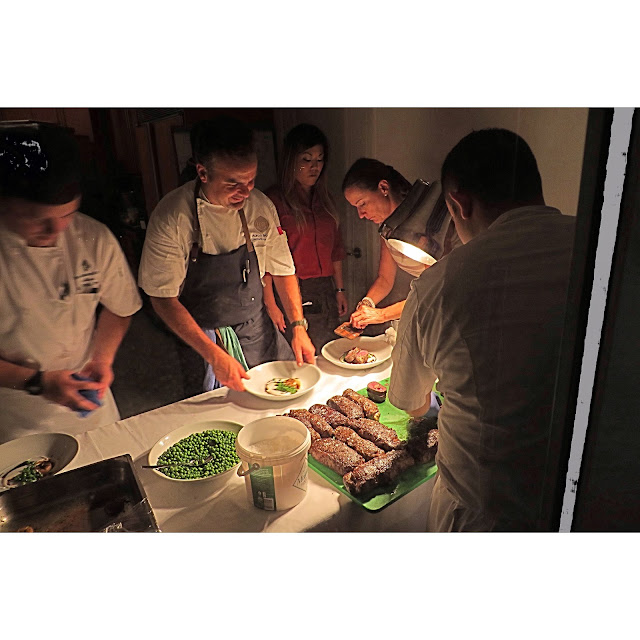 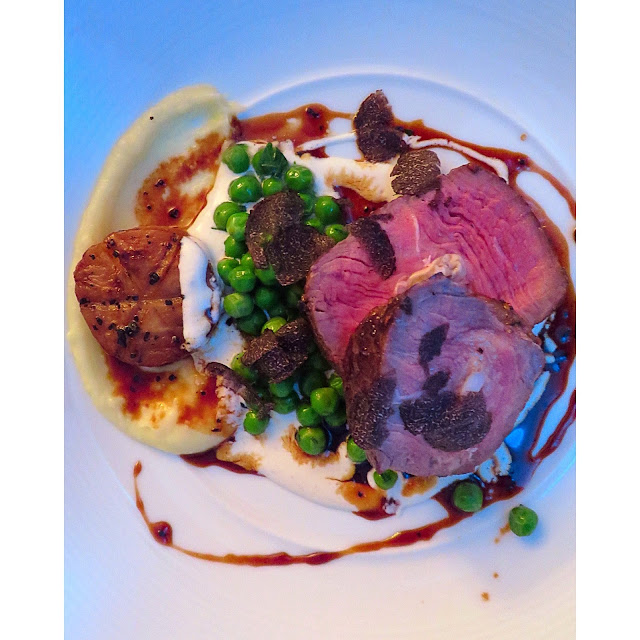 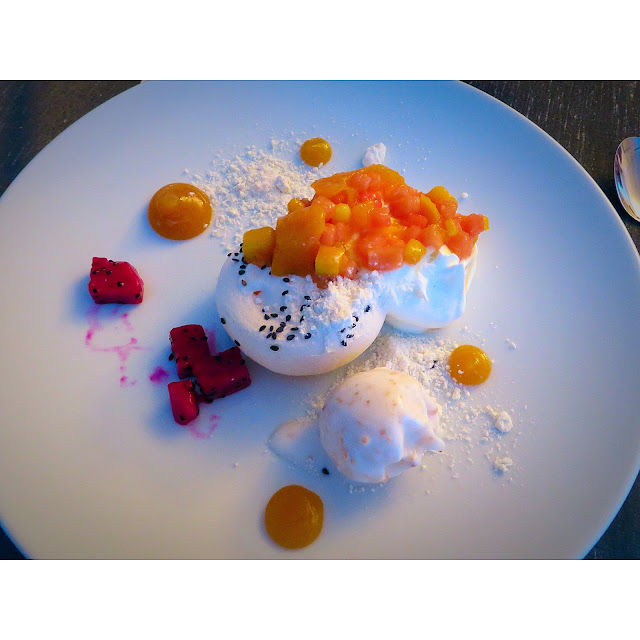 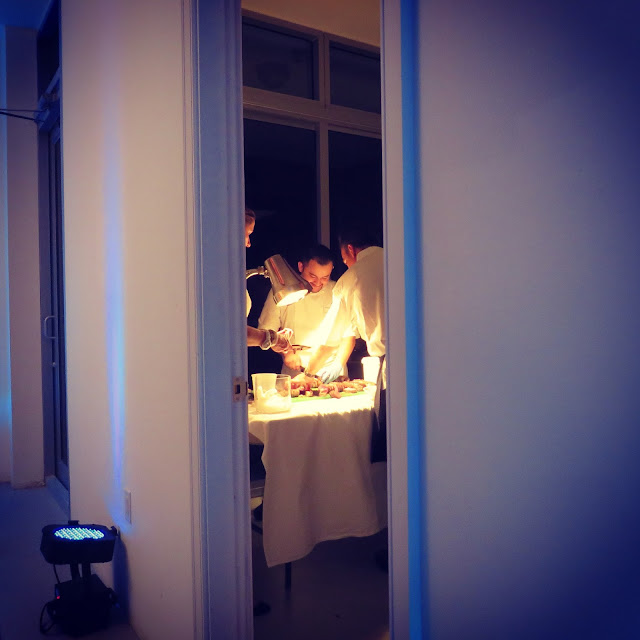 A glimpse behind the Cobaya Curtain. 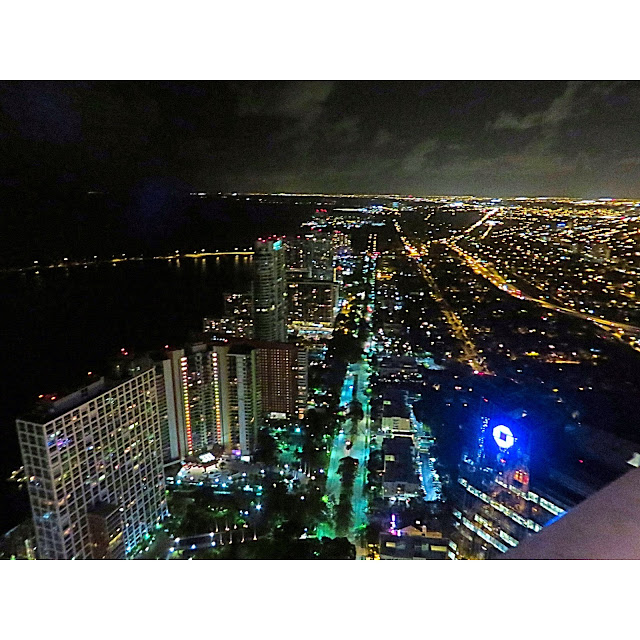 Cobaya over Miami. The "Underground" went way above ground for this one.  Great views from the 65th floor.