Cartagena - Food Booze and a Wedding 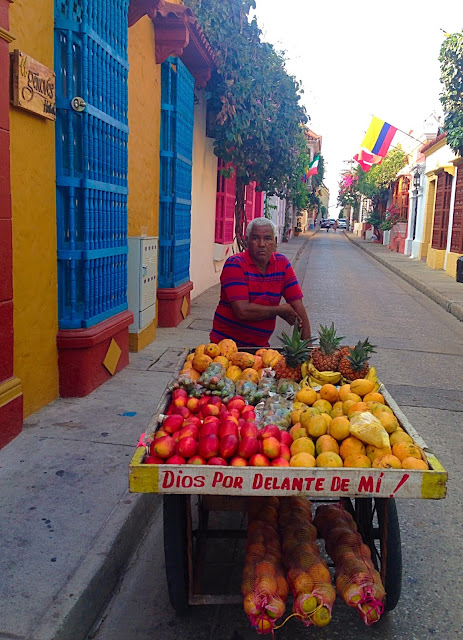 The streets were colorful and so were the local fruits.  The fruit I sampled were packed with bursts of juicy flavors.  The street vendors provided an ample selection for your pre/post afternoon siesta snack. 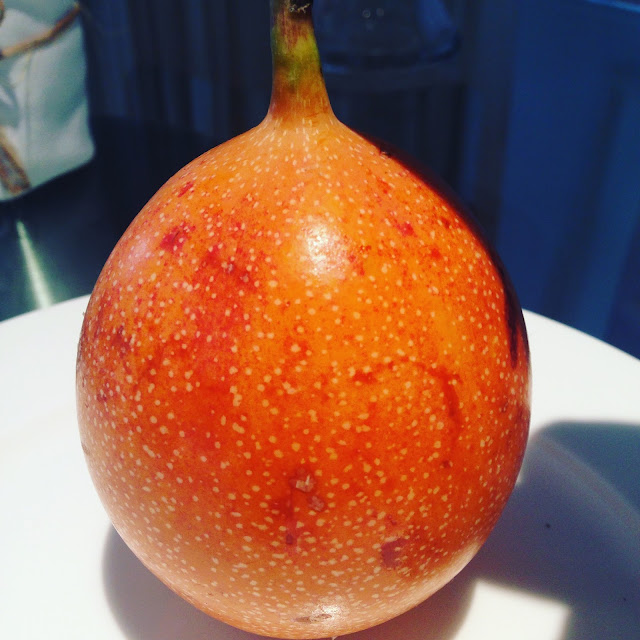 The Granadilla is cut in half and the pulp and seeds are consumed directly.  The strained juice is used in drinks and durofrio. Lulu was another winner. 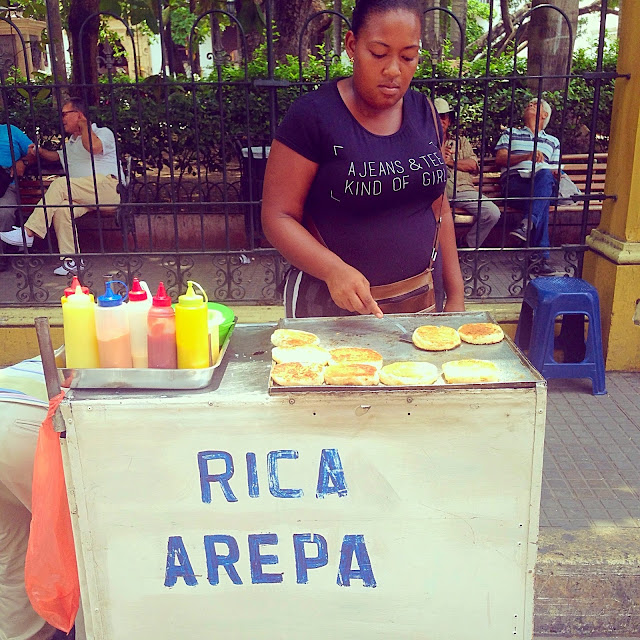 An Arepa stand on the streets. 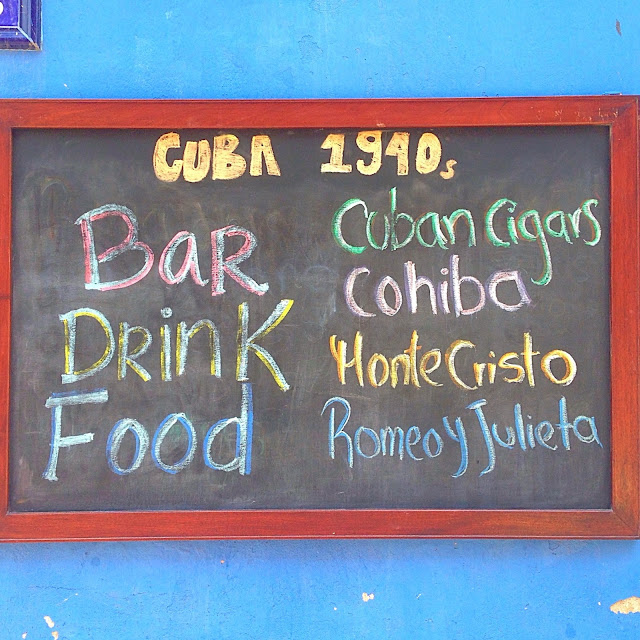 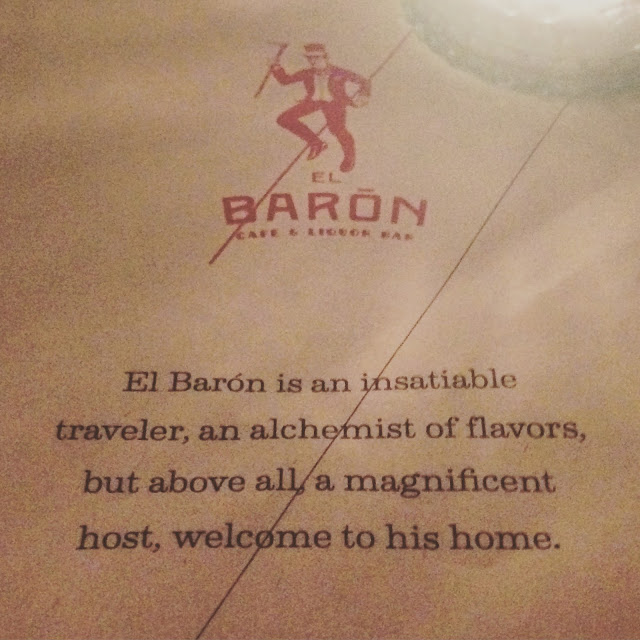 El Baron was a fantastic recommendation by Gabriel Orta of Broken Shaker fame who happens to be a Colombian native.  This should be on your must do list. 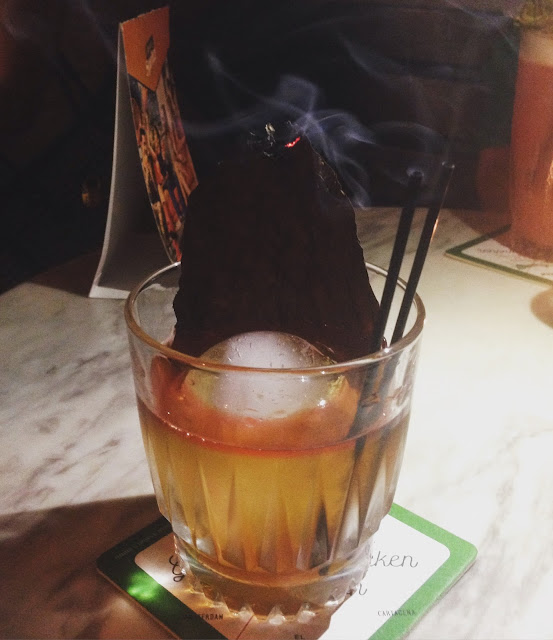 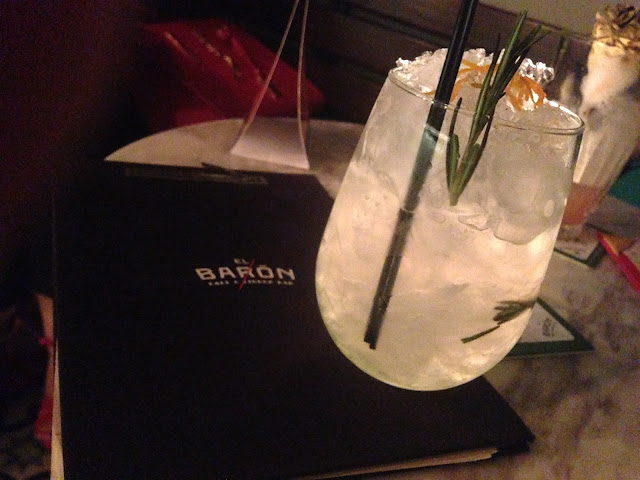 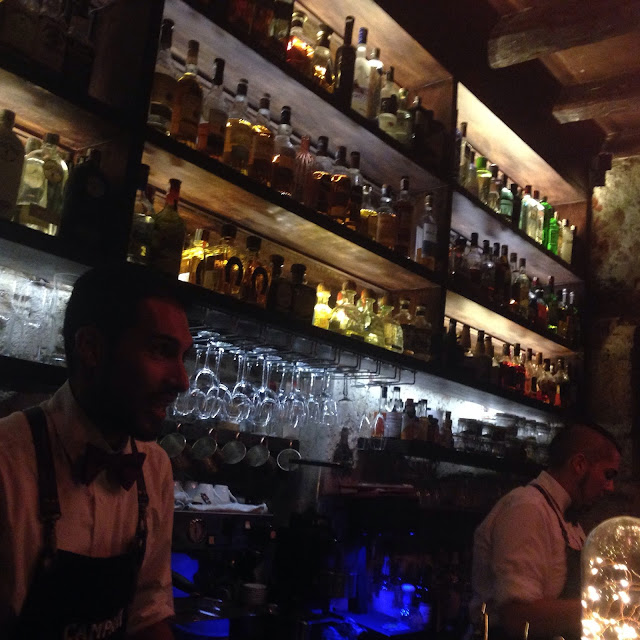 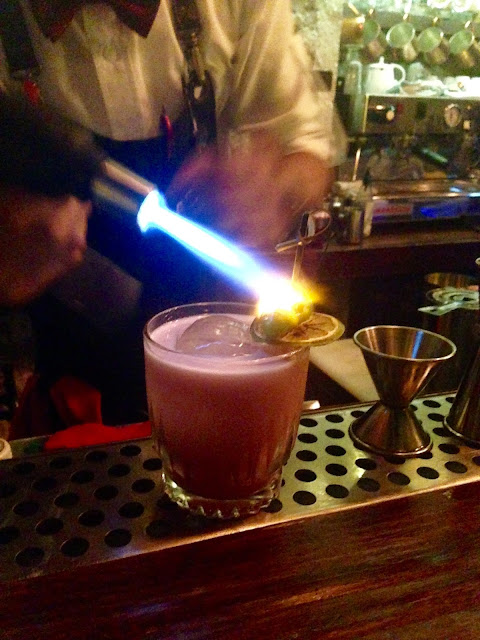 The Puro was more my speed but I really enjoyed the spicy kick this provided.  I think it was called a Jalisco, Don Julio Blanco, cointreau, white port, blend of bitters, lime juice and a flaming jalapeño.

Our first meal was at Restaurante Don Juan  which is run by Chef Juan Felipe Camacho who cooked at Spain’s Michelin-starred Arzak. 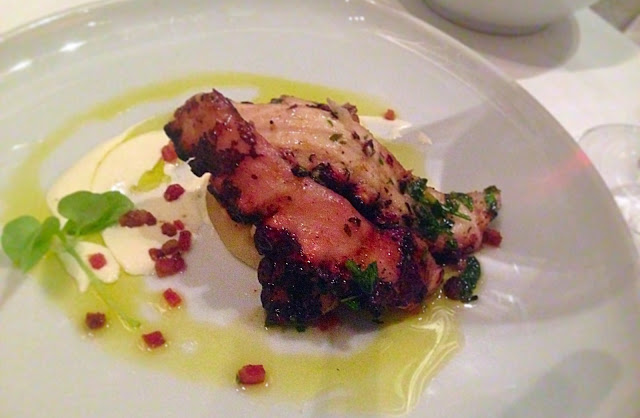 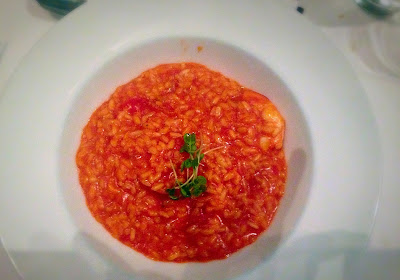 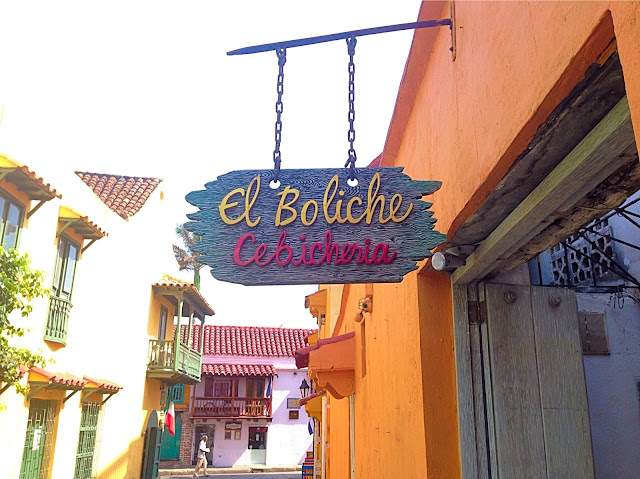 My second meal was a late solo lunch at El Boliche Cebicheria.  This was number one on my to do list and I was really looking forward to their fresh fish and local flavors.  And it did not disappoint.  Oscar Colmenares resume includes stops at the three Michelin-Star kitchen of Martin Berasategui in San Sebastian and Astrid & Gaston and Rafael Osterling in Bogota.

El Boliche was so good that I had to take down three ceviches and almost four. 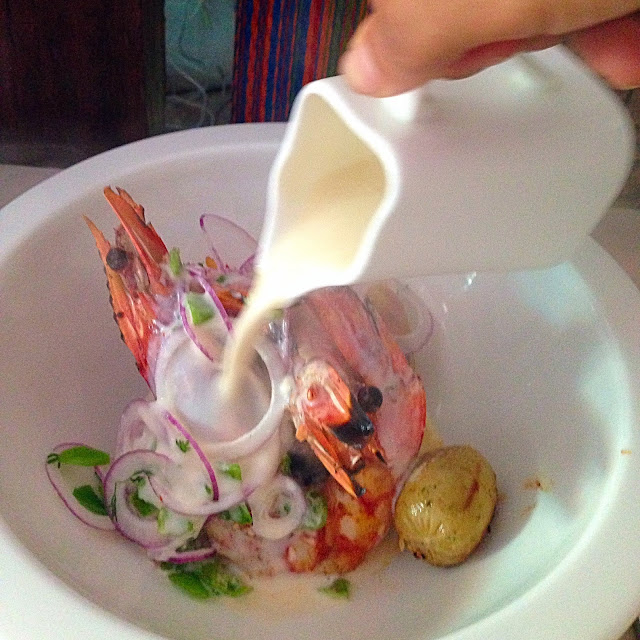 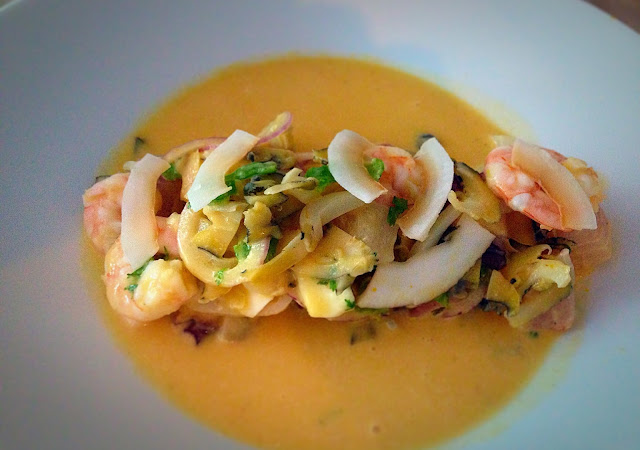 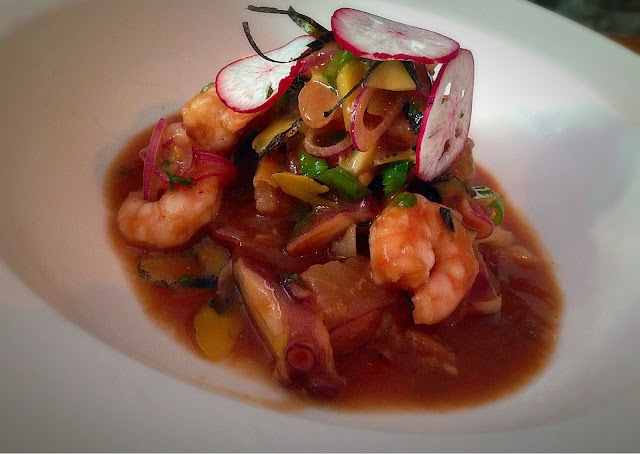 La Cevicheria was conveniently located across the street from my hotel so I had to pop in for more ceviche. 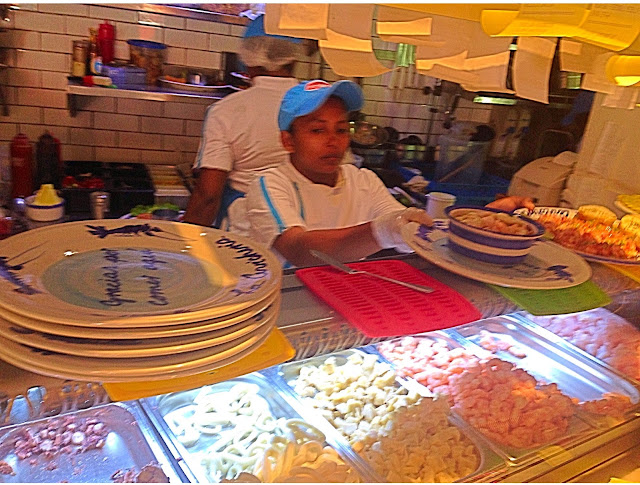 I had the best seat in the house, one of two located adjacent to the ceviche counter. 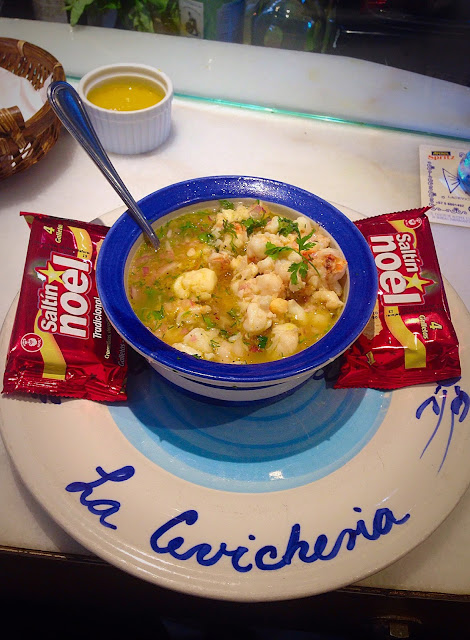 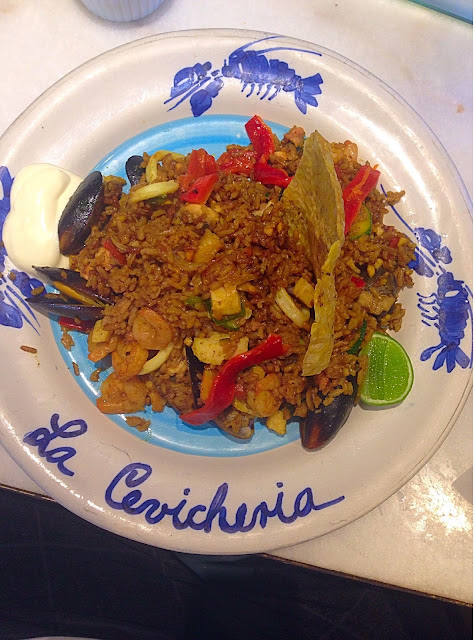 I really wanted the arroz negro tinta de calamar (squid ink) BUT minimo dos personas.  Hola!!! I eat for two all the time.  I blame the language  barrier for that fumble. 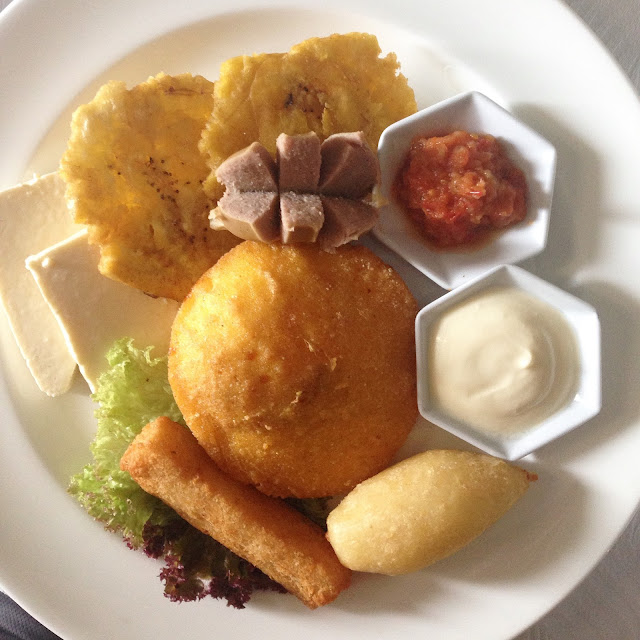 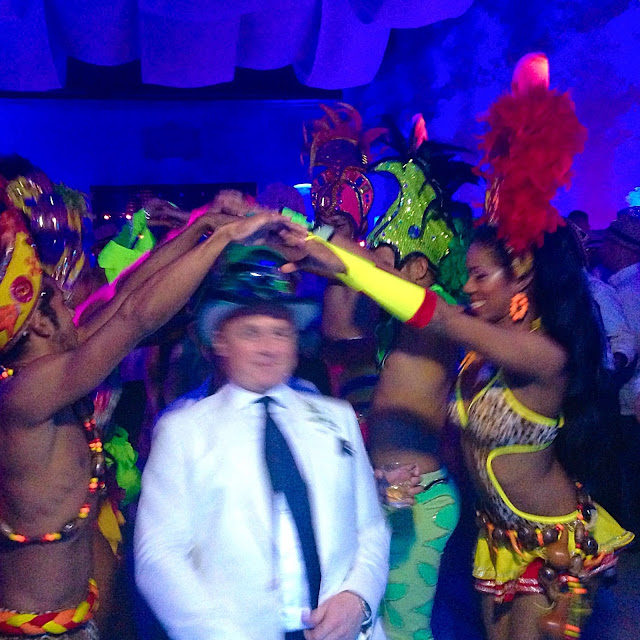 The Wedding.  The Groom. And some hardcore Wedding Crashers.  Awesome night. 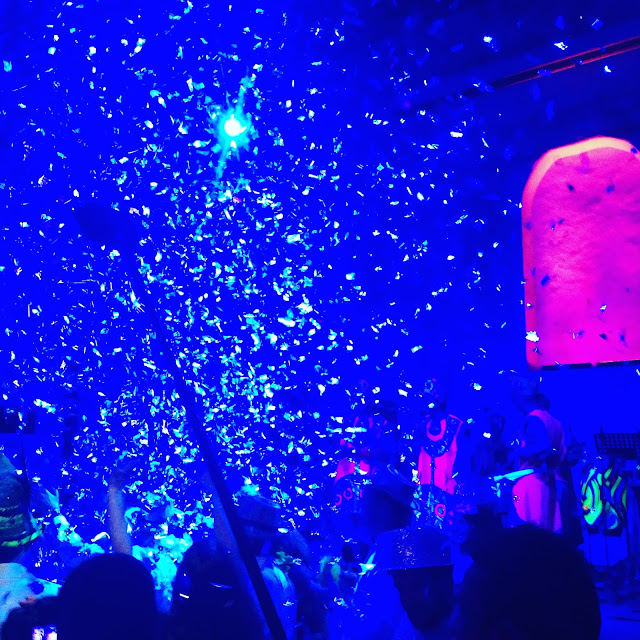 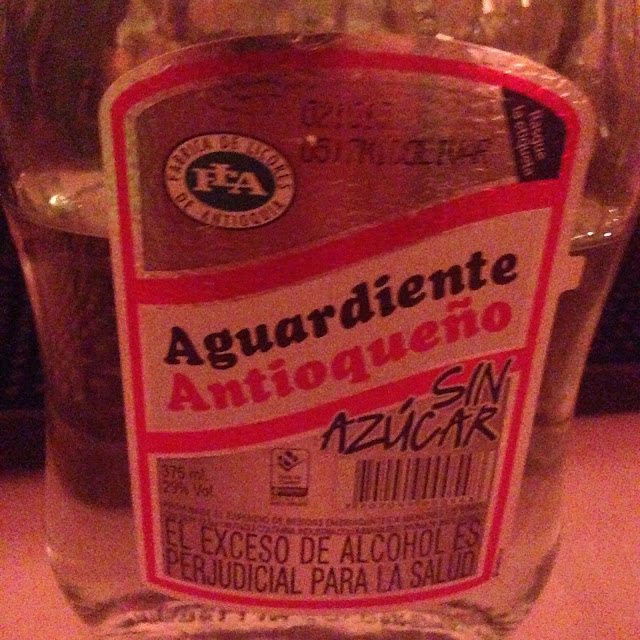