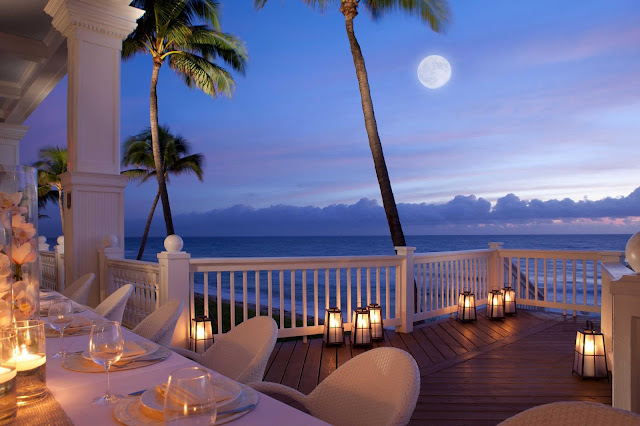 Oceans 2000 is located inside the Pelican Grand Beach Resort in Ft. Lauderdale and offers oceanfront seating that is hard to beat. I'm not sure you'll find a better ocean view at a restaurant in Miami-Dade or Broward County.  But I'm a food guy and not a view guy so it wasn't the ocean that got me to make the trip north to Ft. Lauderdale.  It was their fairly new and talented Executive Chef, Michael Bloise. 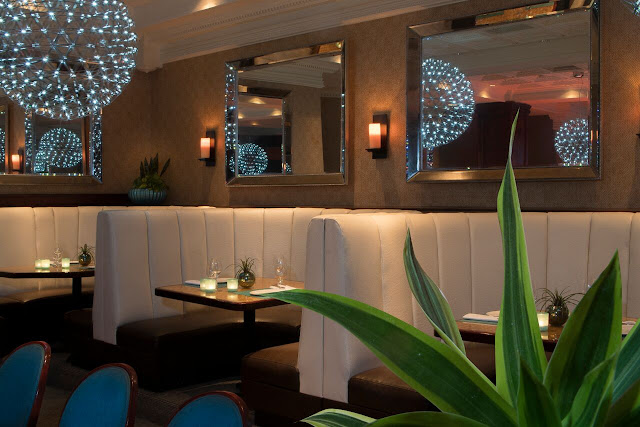 I've been fan of Michael's food for the past ten plus years now.  But he disappeared from the Miami scene a couple of years ago and I've been wondering what happened to him. Well, he took his talents to Ft. Lauderdale which is a big gain for their food game and a loss for Miami.

For those unfamiliar with Michael, he spent several years working in popular and prestigious kitchens on South Beach including Tantra, The Gaucho Room and Wish where he was executive chef from 2003-2008.  In 2008, he was named one of South Florida's Rising Stars by Star Chefs.

In 2010, he opened a small spot on Biscayne Blvd. in the upper eastside that I miss, American Noodle Bar. I enjoyed several great dishes there, most coming from his daily blackboard specials.  His pork belly and spicy melons dish was ranked #17 on my best dishes for 2010 list which included some serious national competition.  His Crispy Pig Head Ballotine with Asian pear, spicy mustard and crostini made my 2011 best dish list. Unfortunately, things deteriorated with his partner and he left American Noodle and moved on to Sushi Samba on South Beach.

While executive chef at Sushi Samba he crushed an underground and experimental Cobaya dinner. You can read my recap of that night and see some of my old school iPhone 2 pictures HERE.

During my recent visit to Oceans 2000, Michael sent out a significant portion of his menu for me to try devour.  The hotel has clearly allowed him to create a menu that reflects his vision and passion as a chef.  His small(er) plate dishes are interesting, feature quality products, and true to Bloise form, are perfectly executed and feature fantastic flavors.

There were no misses for me on my visit and a couple of standouts. 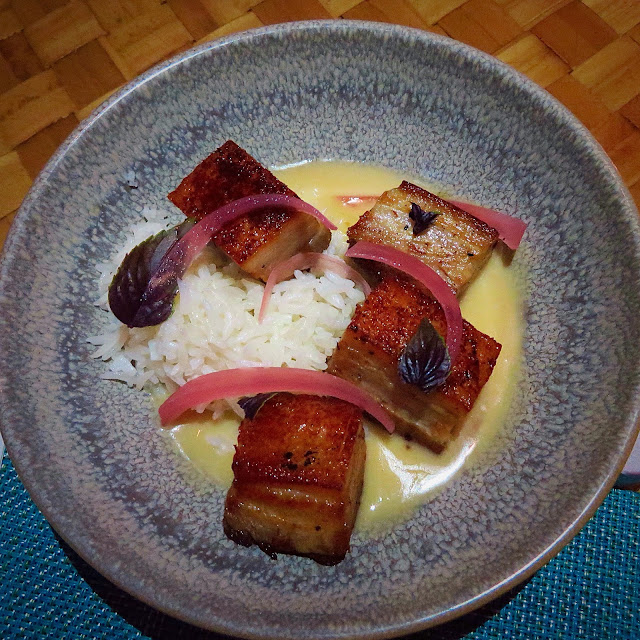 I've enjoyed his pork belly dishes in the past and his current version is a must get dish. The pork belly melts in your mouth and is packed with a ton of flavor that bursts with every bite. It's paired with a rice and broth that are equally delicious. Don't skip this dish. 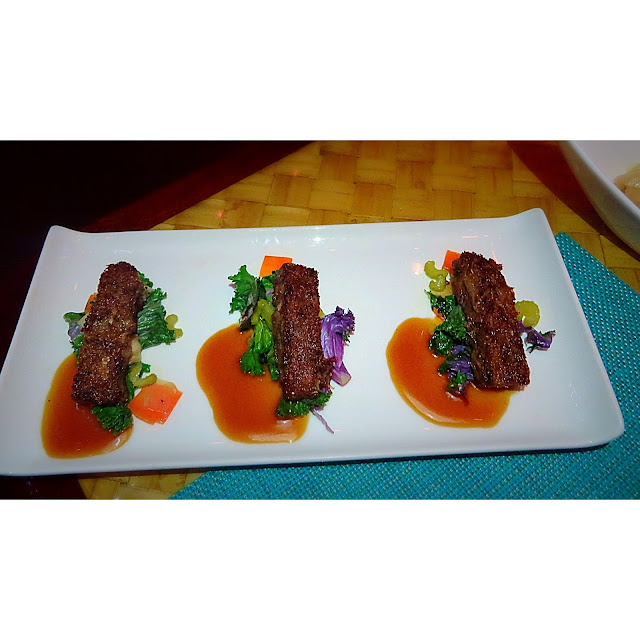 
This is another must get dish.  Tender, flavorful and balanced via a nice mixture of vegetables. 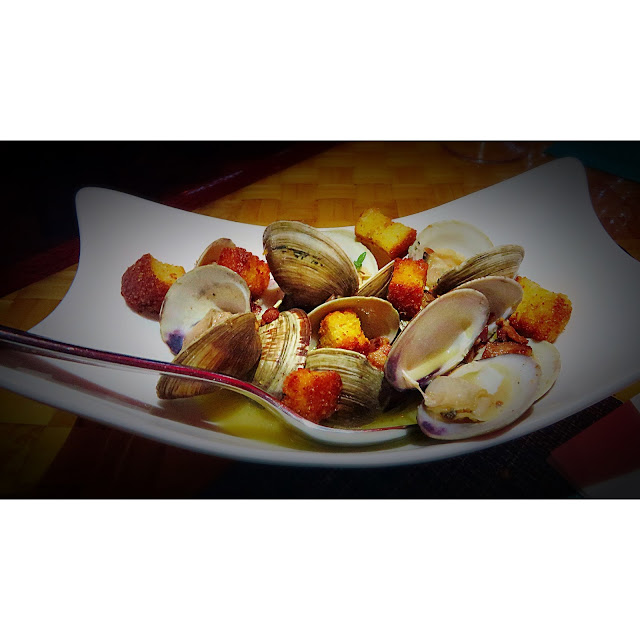 I think that says it all. 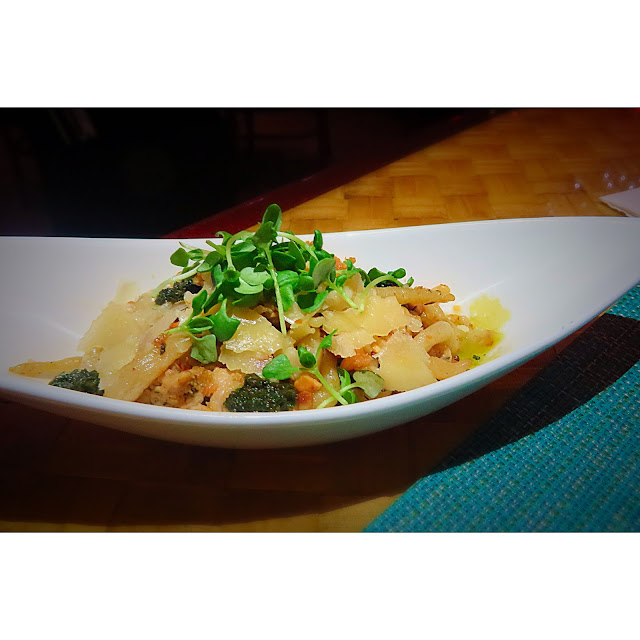 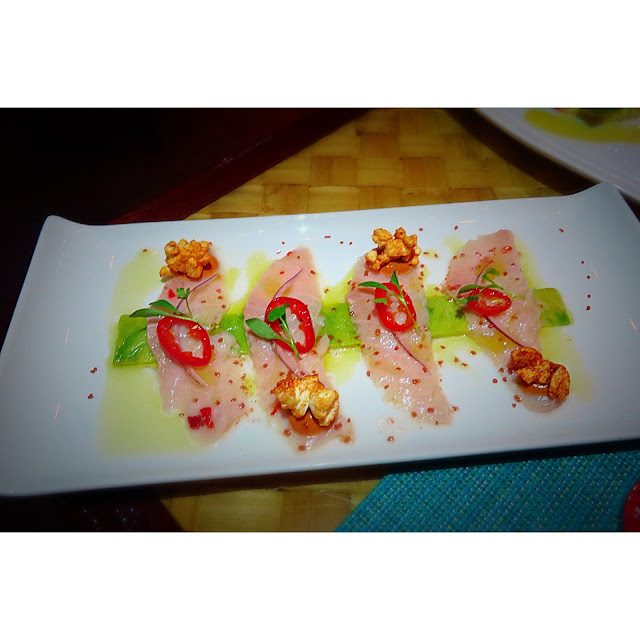 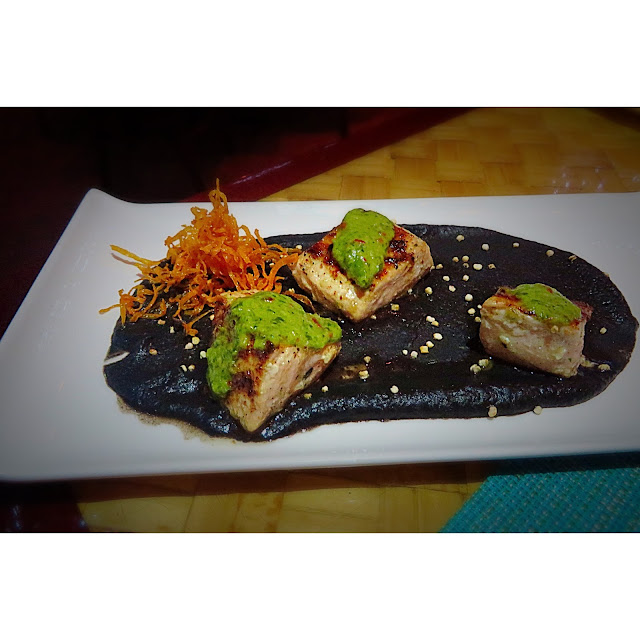 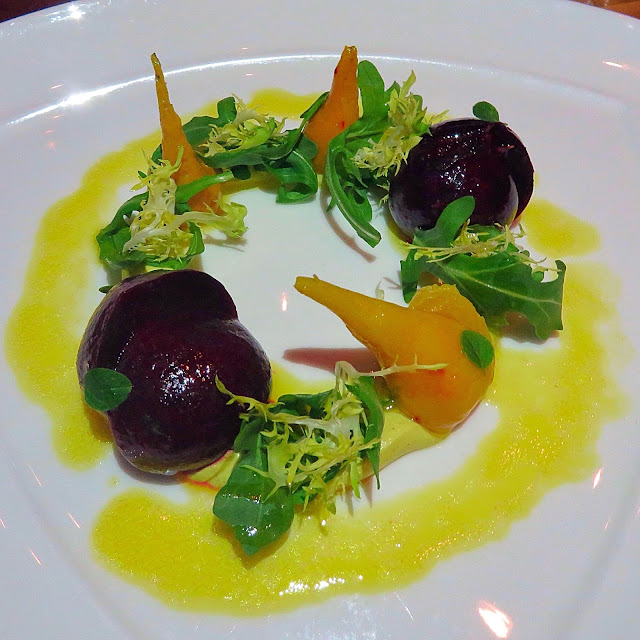 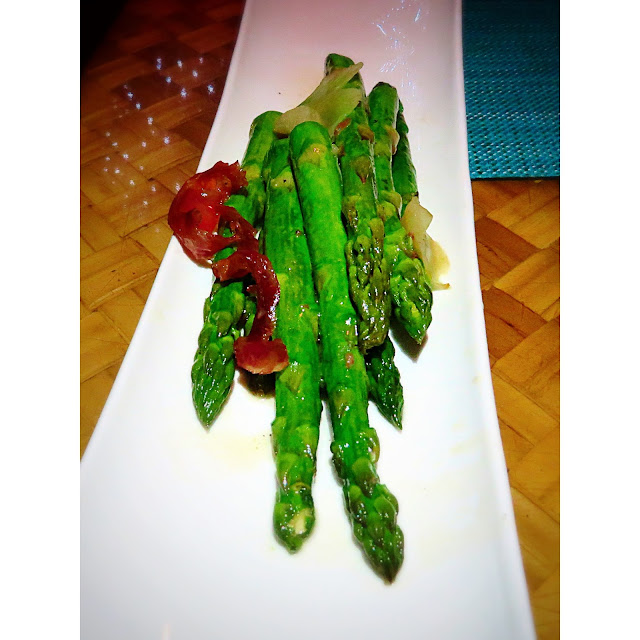 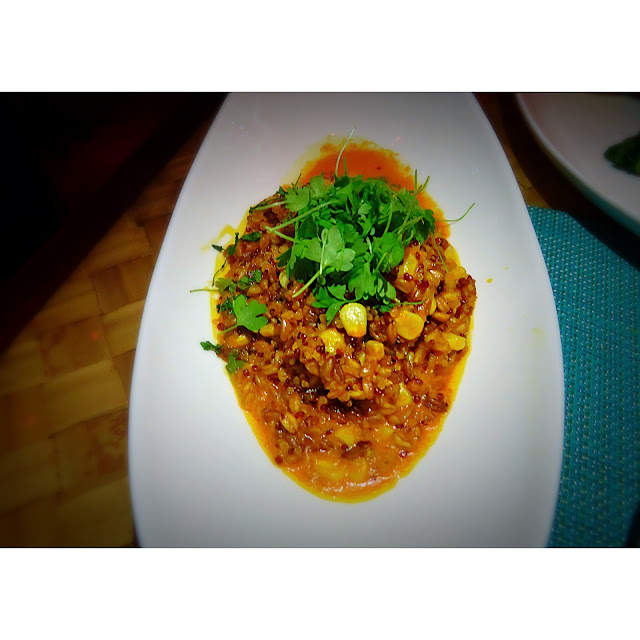 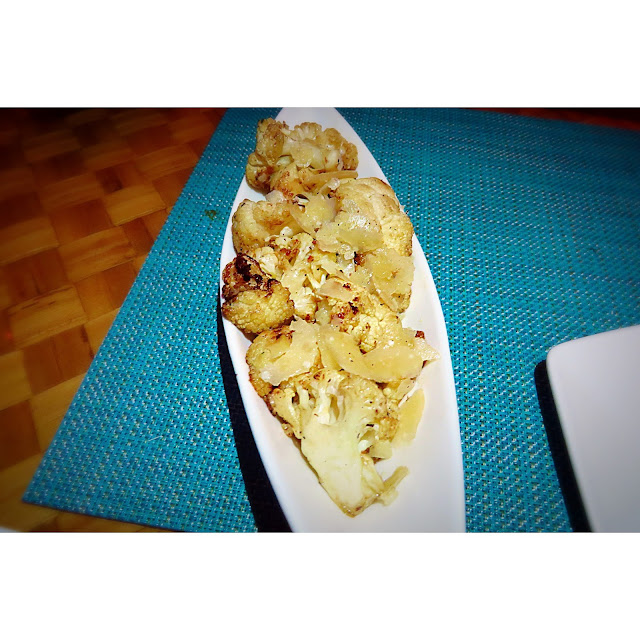 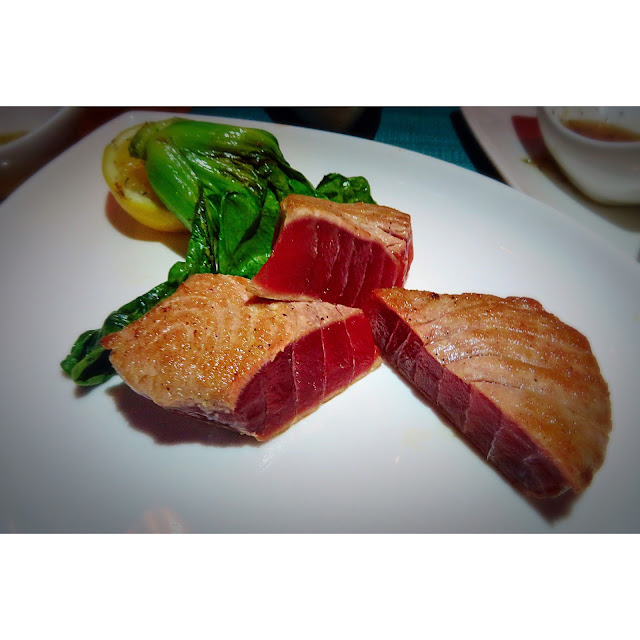 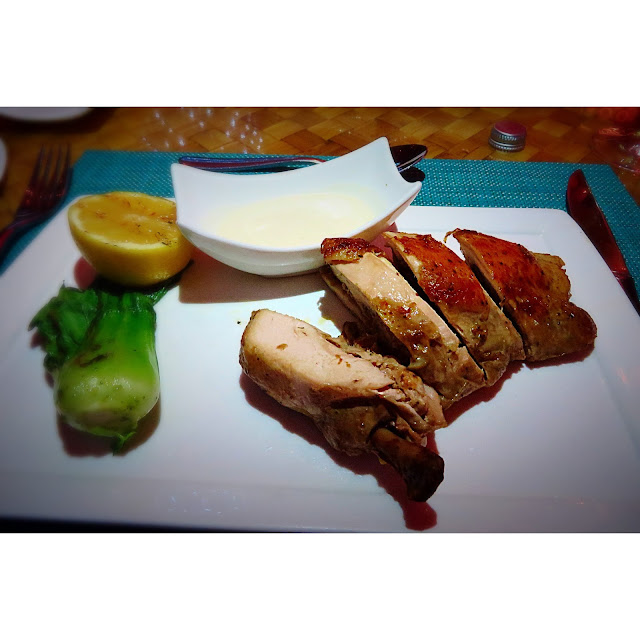 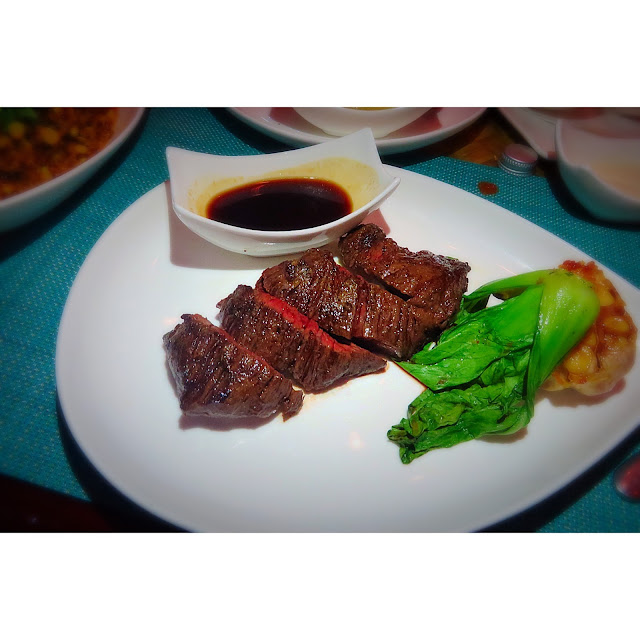 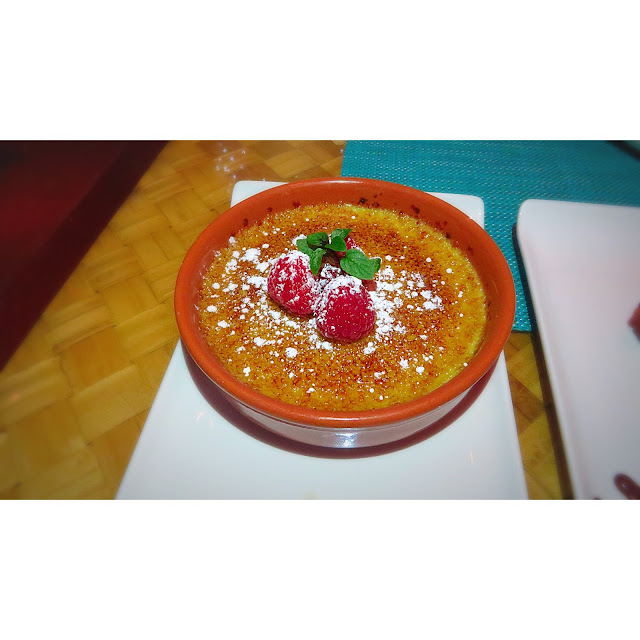 I won't give away his secret but fruit loops play a pivotal roll in its creation.